The Faces Behind the Fashion

Wherever possible I like to link provenance with the clothes so that whoever acquires them, be it a museum or a private collector, the history of the original owner remains with them going forward. With Royalty or celebrity clothes this is not so difficult, but with private individuals, finding photographs of the clothes being worn is often more rare.

In our December 10th 'Passion for Fashion' auction we are lucky to have a few rather special examples... 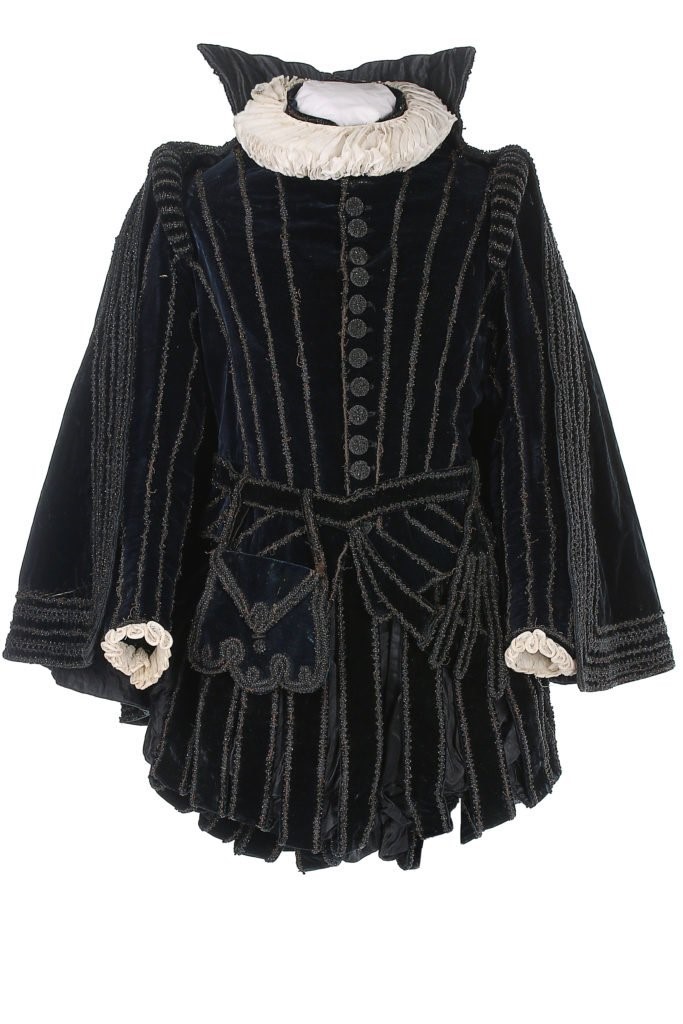 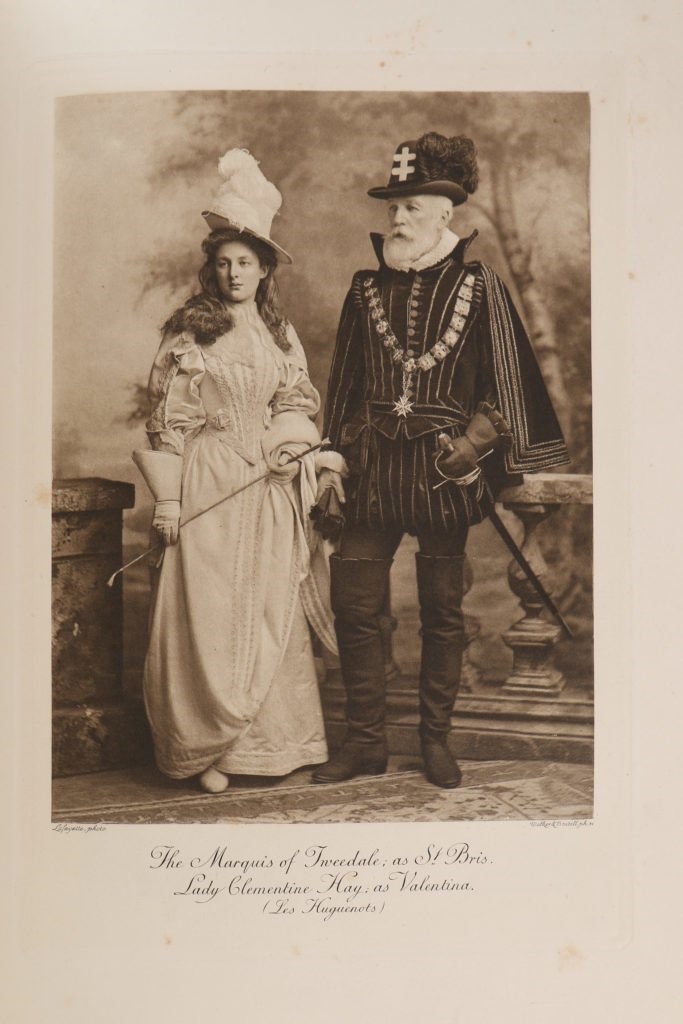 The Duchess of Devonshire’s ball, 2nd July 1897 was THE party of the year, if not the decade. Held to celebrate the Golden Jubilee of Queen Victoria, the great and the good of British society clamoured for invitations, and the guest list was headed by Edward and Alexandra, the Prince and Princess of Wales, no less.

Louisa, Duchess of Devonshire (1832-1911), was one of London's foremost political hostesses and her ball required the guests to wear costumes based on historical figures and the arts. All of the leading fashion houses and court dressmakers (including Maison Worth) were commissioned to produce the robes. The guests spent small fortunes on these costumes, which in most cases were worn just the once and were often accessorised with valuable jewels.

The photographer Mr Lafayette set up a temporary studio in a tent in the garden of the mansion to record the magnificence of the guests. These images were reproduced in the press of the day as well as published in a special volume which guests could purchase, as included in this lot.

William Montagu Hay, 10th Marquis of Tweeddale was a Scottish landowner, peer and politician, who had spent time in India, first in the Bengal Civil service, then as Deputy Commissioner of Simla and as Superintendent of the Hill States of Northern India. He chose to be photographed with his beautiful eldest daughter Lady Clementine who made her debut at the ball in a white riding outfit as ‘Valentina’ - the daughter of his character St Bris. 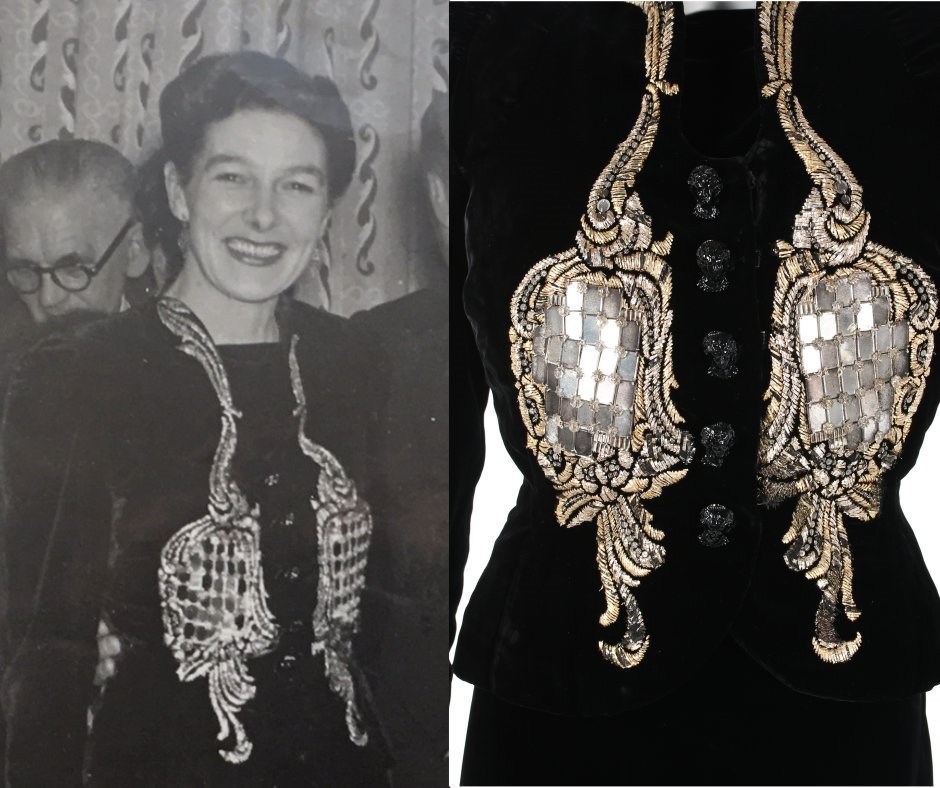 It’s not true that only avant-garde aristocrats wore Schiaparelli couture. Vera Bowler of Bristol was a very stylish girl. Although her background was relatively humble (she worked as a shop assistant in a big department store in Bristol - Messrs. Jones & Co), she avidly followed the Paris fashions and was notable for her good looks, fine figure and sense of style.

She was a huge fan of the willowy Wallis Simpson (who went on to become the Duchess of Windsor after her marriage in 1937 to the ex-King of England, Edward VIII after his abdication) and wore her hair in a similar fashion. Vera possessed the perfect figure for the period - slender and athletic. Vera’s family album shows a young woman dressed in the latest fashions during the late 1920s-30s. With shingled hair, working in the shop, wearing men’s trousers with a pipe walking on the beach, showing her fine legs canoe-ing on the sea – she was the epitome of glamour. When she married her dashing husband, John Wesley Worth on 4th May 1935, it was important that she looked the part, so she dressed to impress. He was regional Manager for Carreras Ltd., Britain's largest manufacturer of cigarettes. Although still not a woman of vast means, she budgeted and saved hard to purchase this ensemble from Schiaparelli's London house to attend the company dinner-dance in 1938. Wearing this spectacular ensemble, she must have been the most admired woman in the room.

It was her most treasured possession and during the 1980s she gave it to her granddaughter (who bears an uncanny resemblance to her), who is the current vendor. 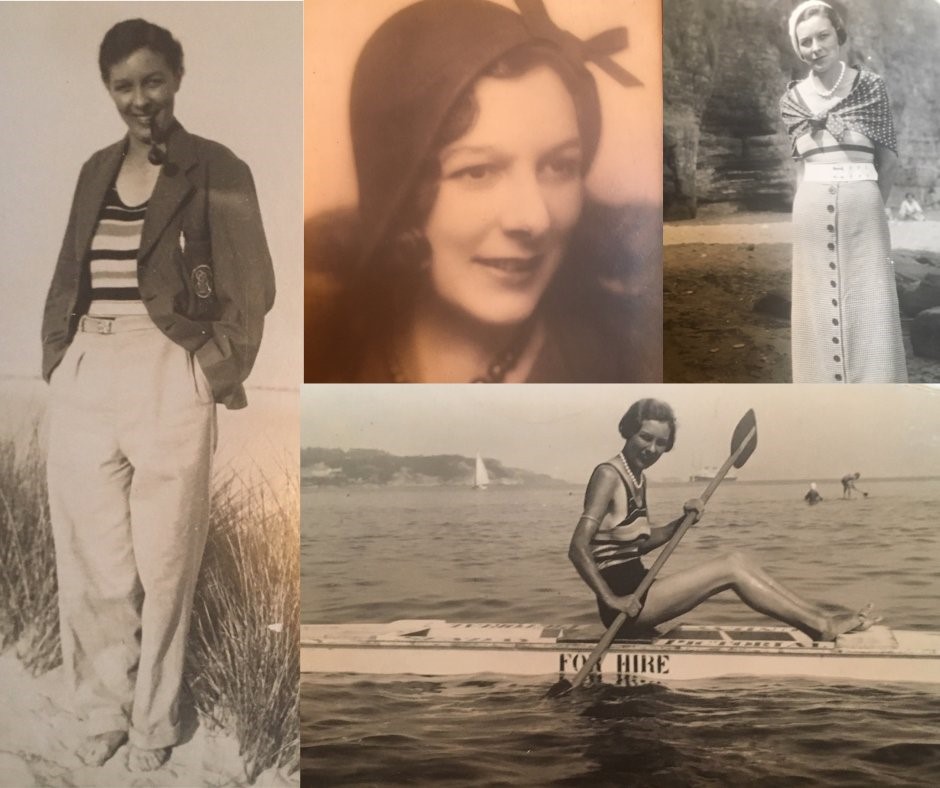 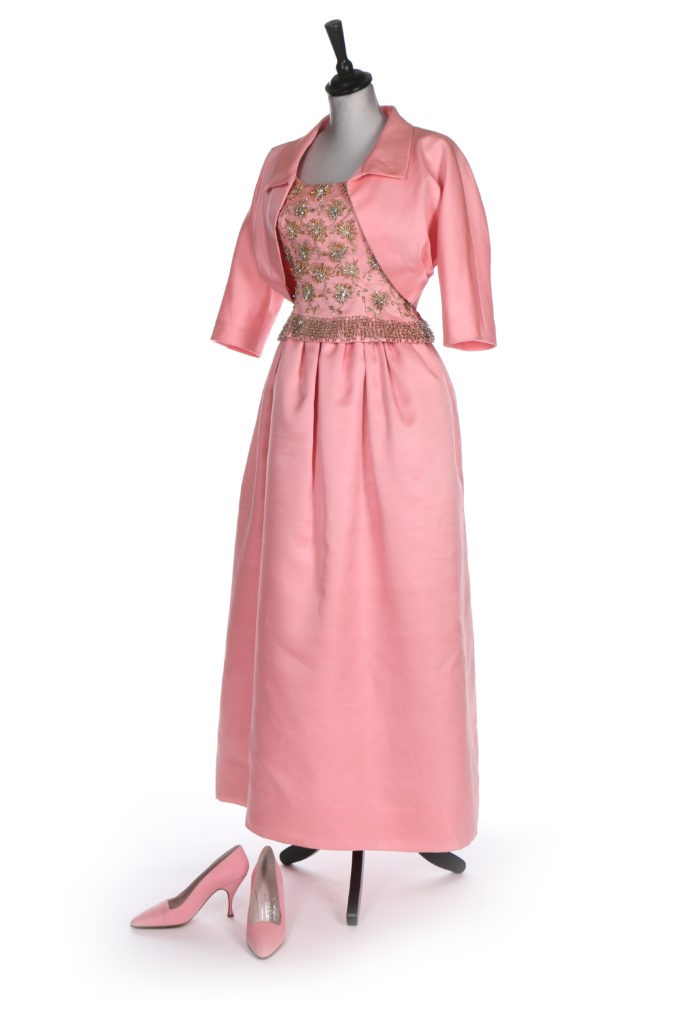 The owner of this dress (whose family wish to remain anonymous) wore it for a voyage on the recently-commissioned SS France ocean liner in 1963 and kindly allowed us to reproduce an image of her wearing it on board. She lived between London, New York, Switzerland and Rome; her preferred designers being Givenchy and Saint Laurent in the 1960s and 70s and Valentino in the 1980s. 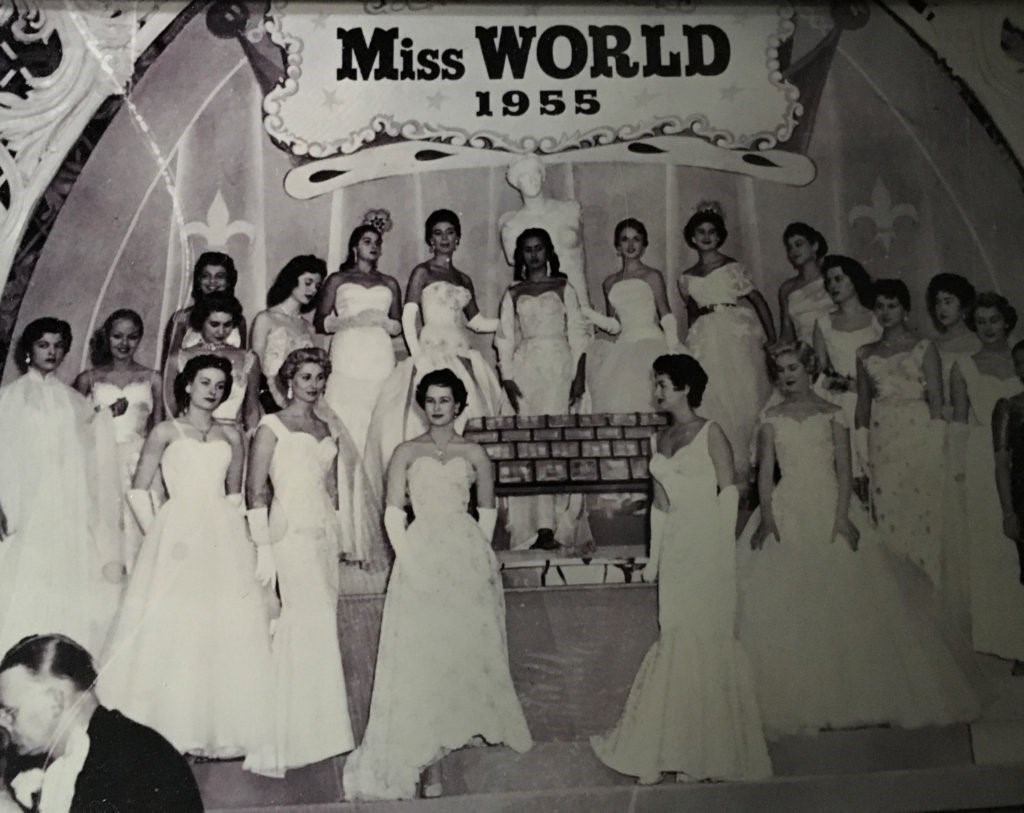 Miss Prowse at 'Miss World', 1955; she is centre front left in the strapless gown.

Miss Beverley Prowse of Queensland, Australia was another great natural beauty. In 1954 she was crowned Miss Victoria in her homeland, and later voted Miss Australia in the UK by the readers of the News of the World, as there was no official Australian Miss World contestant at the time.

The following year she was officially adopted as Miss Australia, entered the Miss World competition and came runner-up. She settled in England and occasionally modelled for Balmain, Dior and Givenchy. In 1963, she became the wife of Jack Hylton, the world-famous British band leader and impresario. Her wealthy and rather generous husband sent her to Paris fashion week to choose a new wardrobe, but she returned to London empty-handed - her sensible, practical Australian side getting the better of her! When she explained to Mr Hylton that the clothes were simply too expensive, he was so outraged that he put her on the next plane back to Paris and told her to make some orders, which she duly did. 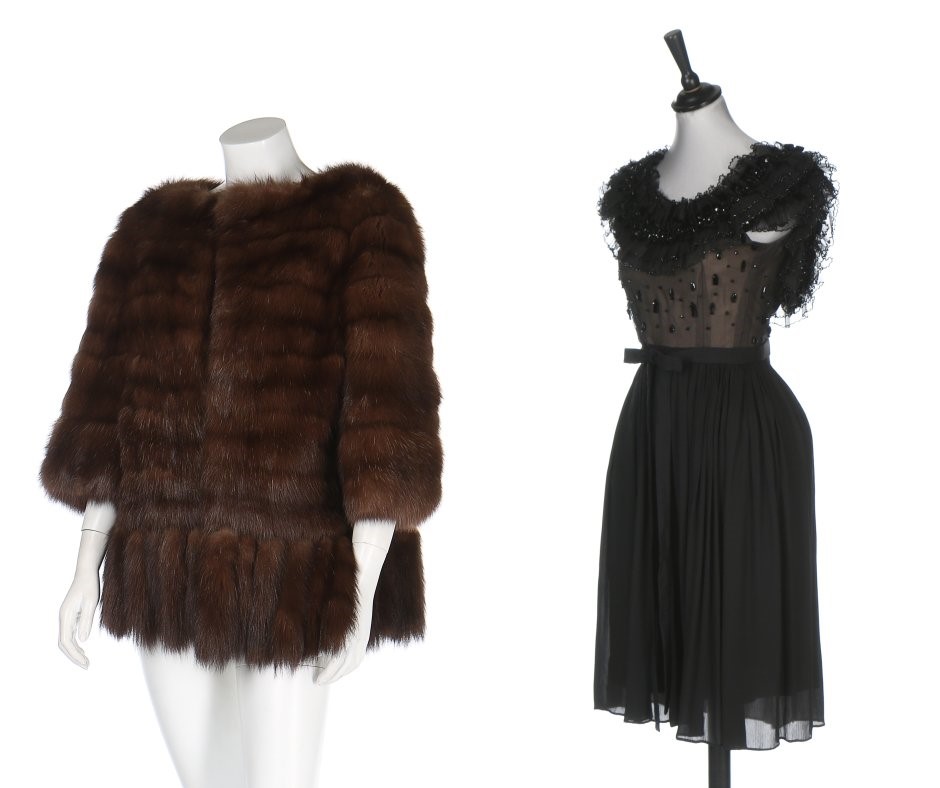 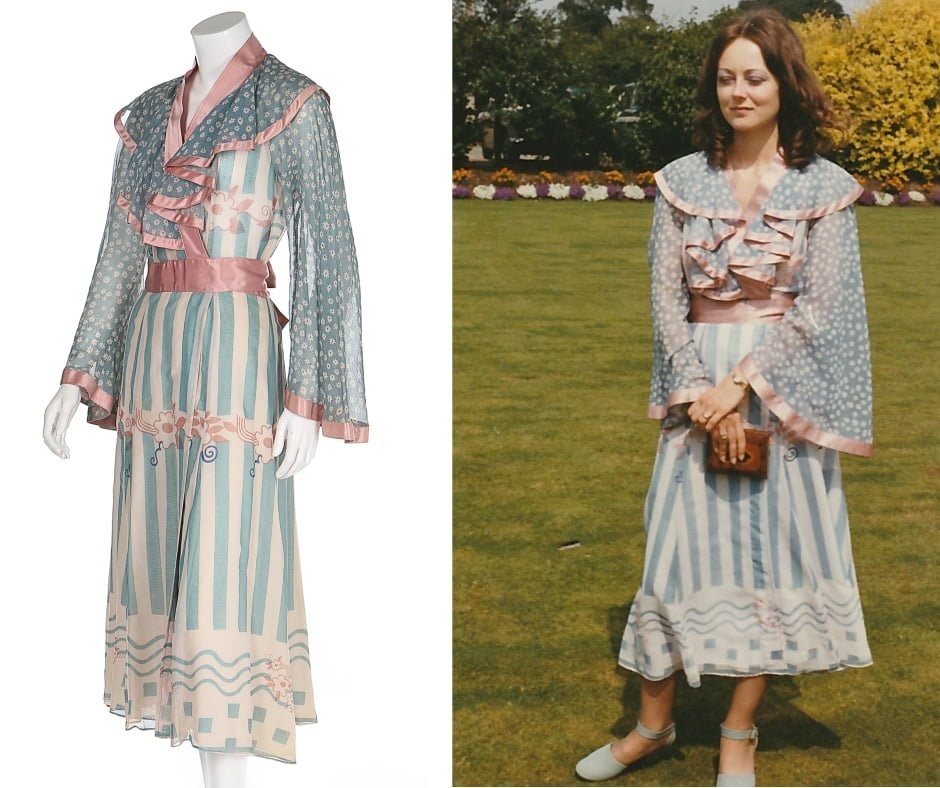 And finally, a wedding dress with a difference... purchased by the vendor at Quorum off the King’s road. She recalls the experience:

‘It was fantastic. The King's Road was so vibrant then and outside Quorum there was a uniformed doorman to greet you. Inside it seemed quite small but was filled with the most wonderful clothes and patterns. I bought some green satin shoes from Biba to wear with my dress. We didn’t want a traditional wedding - we didn’t want to get married in church. I had a wedding cake made with icing in colours to match my dress. The best man wore jeans and a leather jerkin. My husband wore loon pants with a baseball jacket. My father initially was a bit upset because he’d had a formal suit specially made. I drove myself to the registry office in my dad’s mini and held the reception in a bowling club, where the photo was taken. It was a memorable day.'