A Rainbow Tribute to Thierry Mugler

Sadly, the fashion world recently lost one of its brightest creative minds: Thierry Mugler. He leaves behind an entirely unique design legacy of blazing rainbows, alien-like, powerful silhouettes and a trail of fallen stars. Lots 184-197 in our 22nd March auction form a tribute to his work. 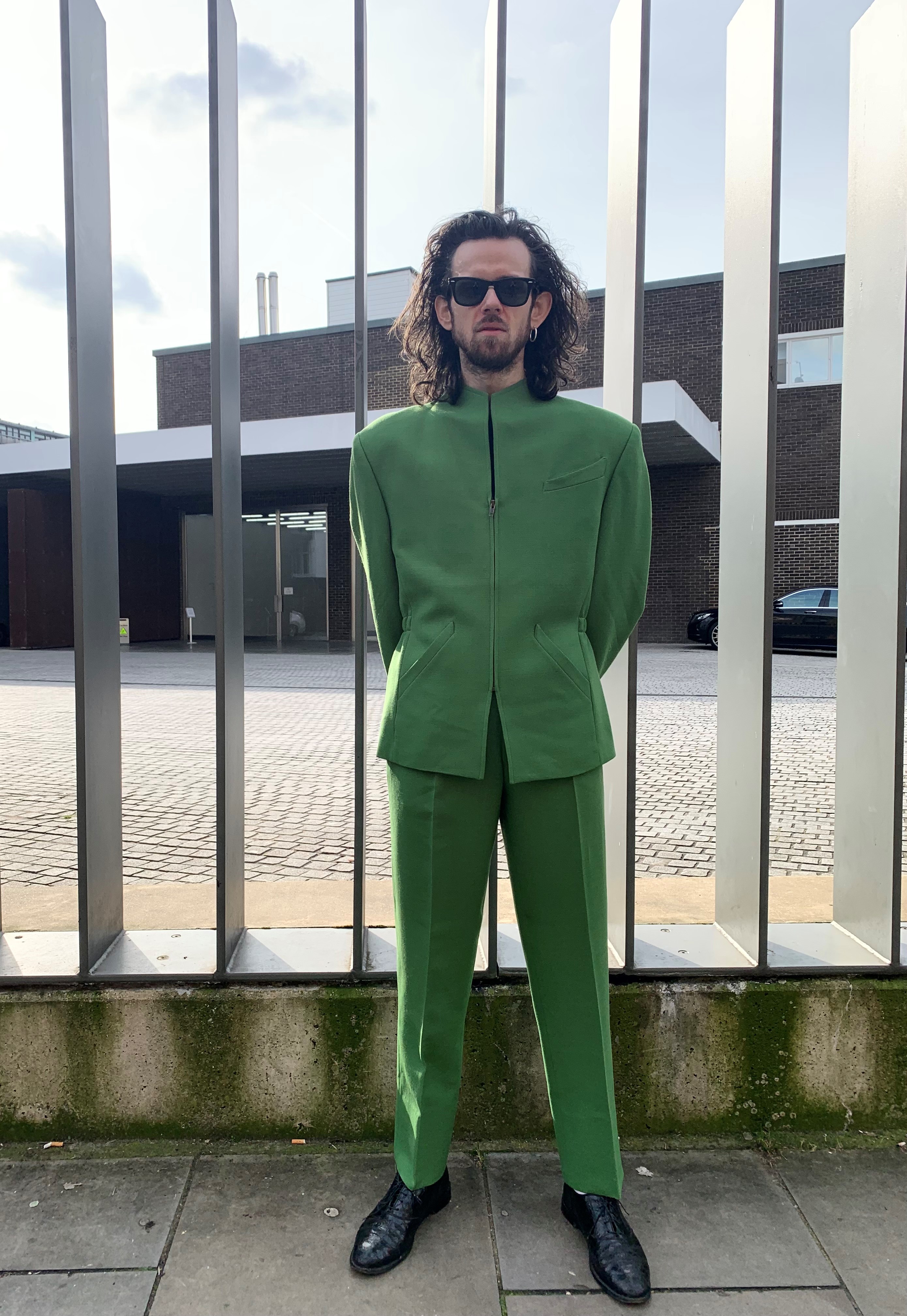 If you have ever had the thrill (and privilege) of wearing a Mugler piece, you will have experienced the powerful metamorphosis which takes place when his clothes are worn on the body. Thierry Mugler did not simply dress women: he dressed alien empresses and glamazonian warriors. The vendor of lots 184-186 fondly recalls the emotional, transformative impact of wearing his designs: 'I adored wearing every one of my treasured Thierry Mugler pieces; they flattered my figure, lifted my soul and filled me with confidence (and I needed plenty of that running my advertising business in the 1990s!)'. 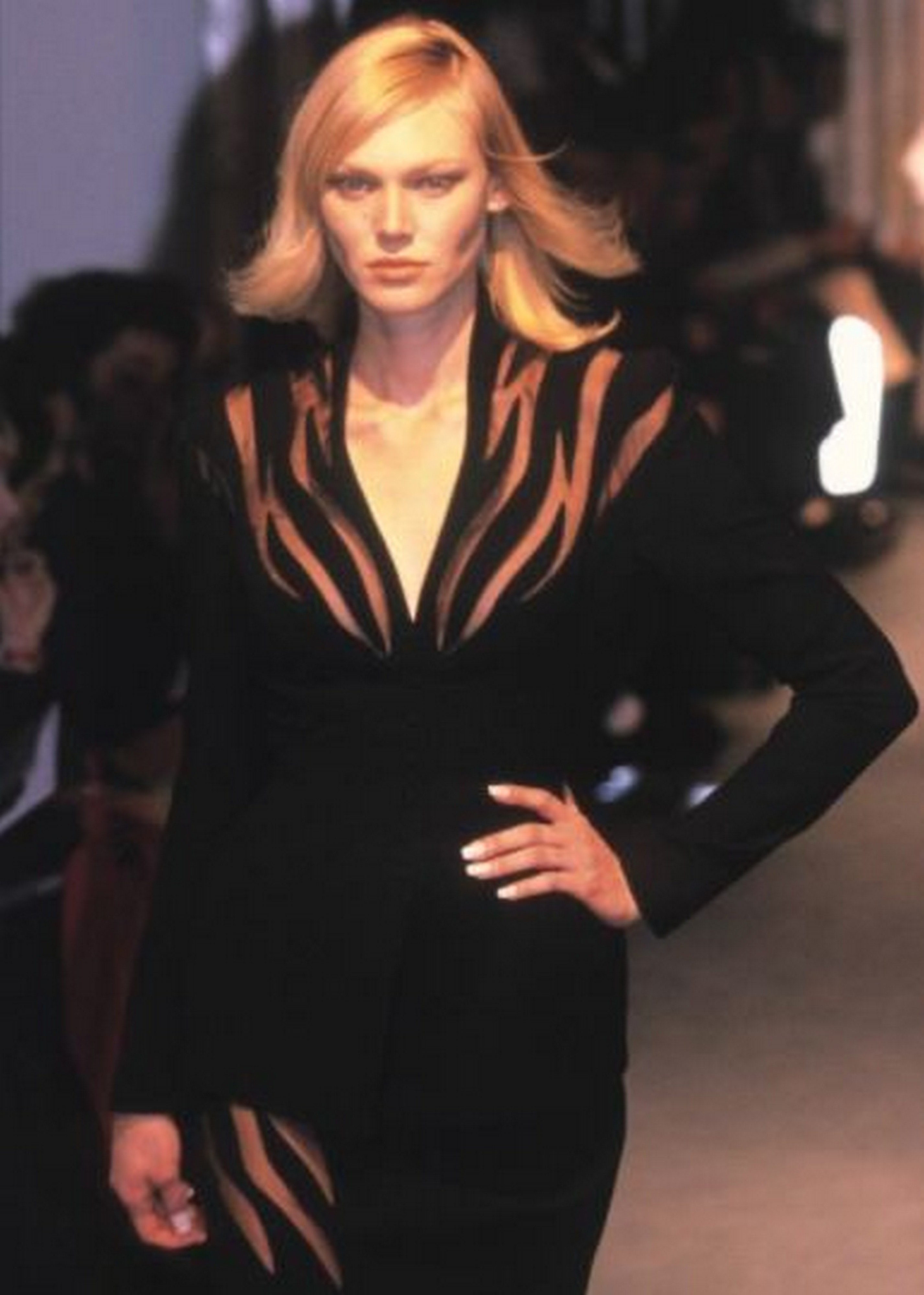 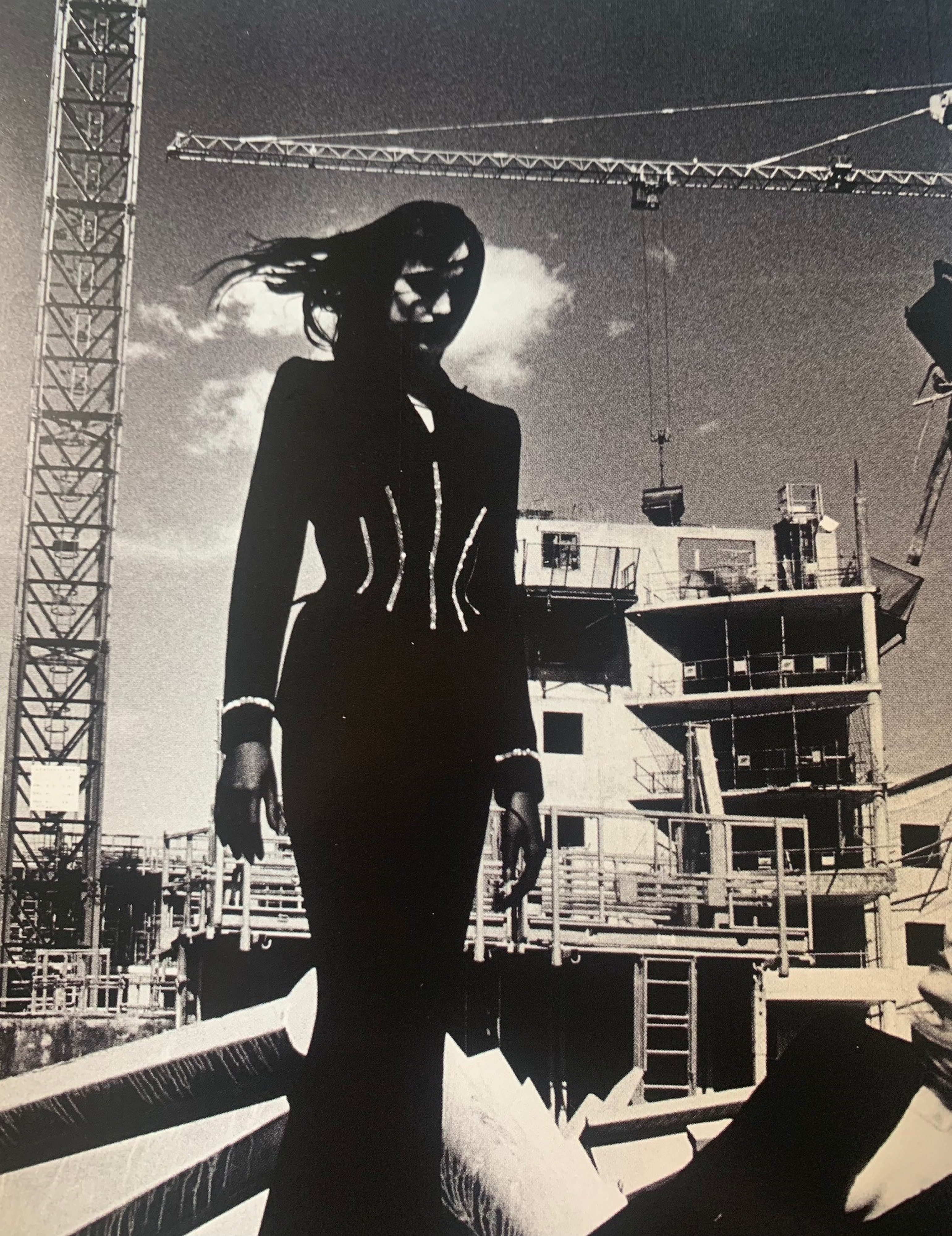 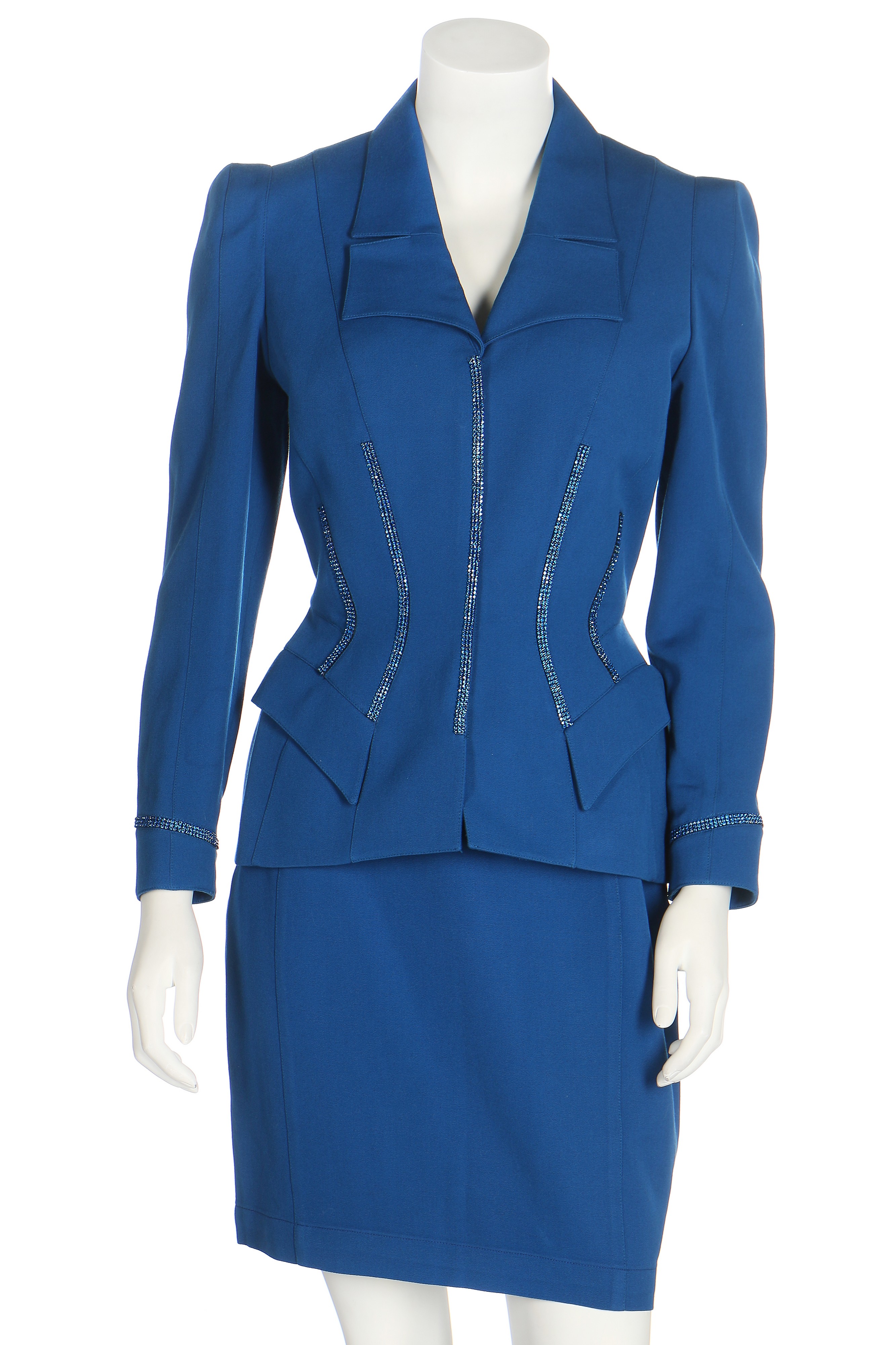 Mugler’s avant-garde designs for women are his most influential and recognisable but let us not forget that he also dressed men in a futuristic burst of colour. Starring in the Mugler section of our upcoming auction is the collection of Mr. Christopher Matthews (lots 189 to 197), former lecturer at Saint Martins and VP of Design in Los Angeles. Christopher travelled the world during the 1980s-90s, riding on the back of mopeds to factory appointments in China dressed head-to-toe in Mugler! 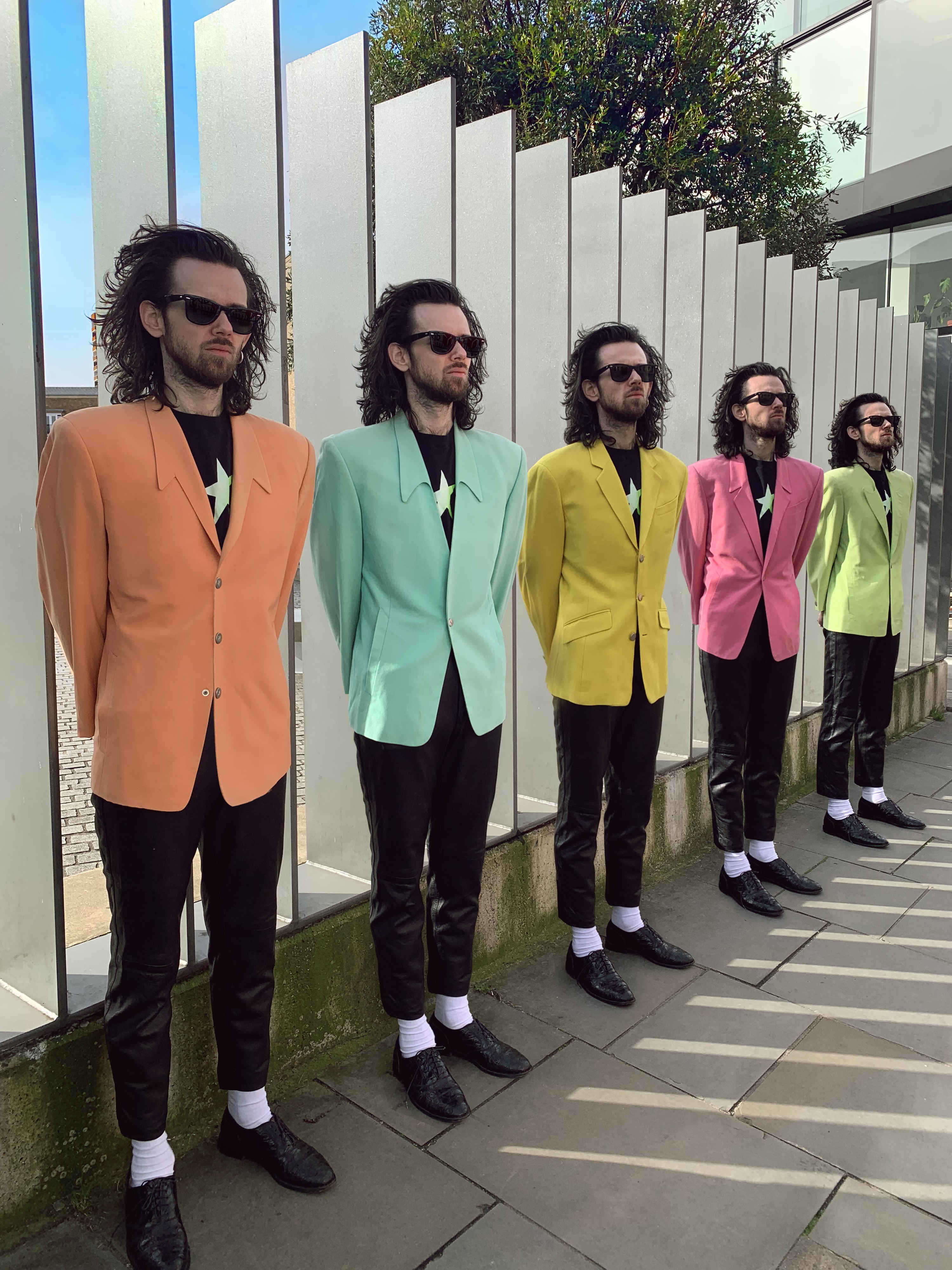 A colourful selection from the Christopher Matthews collection, featuring part lots 192, 196 and 197 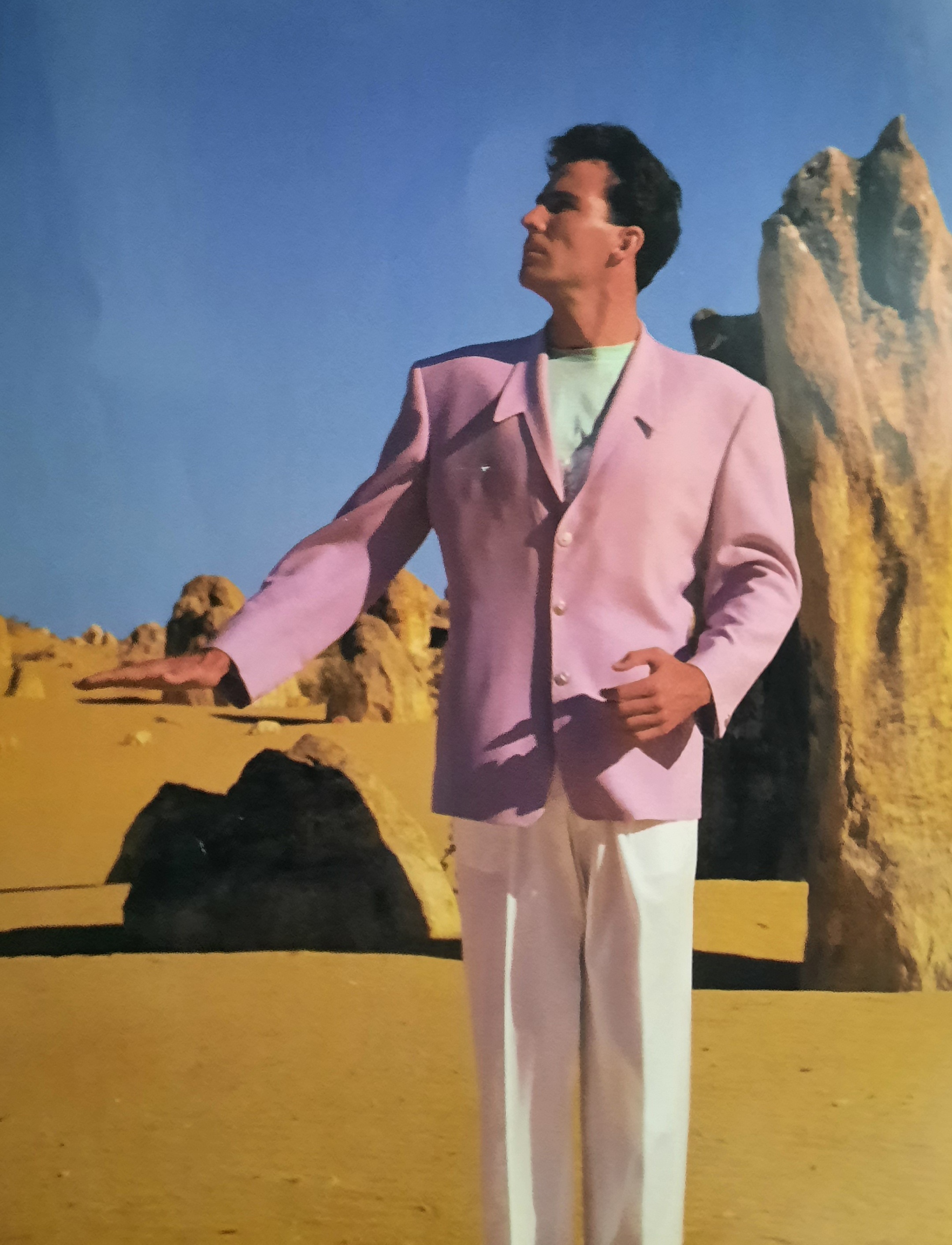 Above right: photo of Christopher Matthews wearing an identical jacket in Los Angeles.

Christopher recalls: ‘I wore Thierry Mugler whilst teaching the MA Fashion & Textiles course at Saint Martins, and whilst working as a VP of design in Los Angles, spending a lot of time in Asia, especially Hong Kong and Japan. I bought my first Mugler at Browns in the early 1980s, and my clients and students really reacted to the cut and colour. After that, it became my uniform – and a bit of an obsession! As the decade progressed, living in Los Angeles and travelling extensively, I was able to purchase from many stores and the colours suited the climates and the lifestyle I had at the time. I bought most from the Mugler shop in Place Victoire and Takashima department store in Osaka. Joyce Boutique in Hong Kong, Takashima in Osaka were favourites, as I was a perfect Asian fit. In the early days of China opening up, in Shenzhen, where there were few tarmacked roads (mostly mud tracks and a few taxis), I travelled to factories for fittings on the back of mopeds!! If I wore jeans and a T-shirt, I got a cool reception from these factory owners, but if I wore full Mugler, I’d get a very warm welcome! This was the very definition of ‘power dressing’ – the power of Thierry Mugler’.

Top: Mugler at the 1995 20th anniversary show; bottom: Mugler photographed in 2021 in advance of the opening of a retrospective of his work at Musée des Arts Décoratifs, Paris. Both images feature the ‘fembot’ look from his A/W 1995-96 20th anniversary collection.

Please click here to view the catalogue for our 22nd March 2022 auction.

We are currently accepting consignments of Thierry Mugler pieces - please contact us directly about any items you may wish to consign. 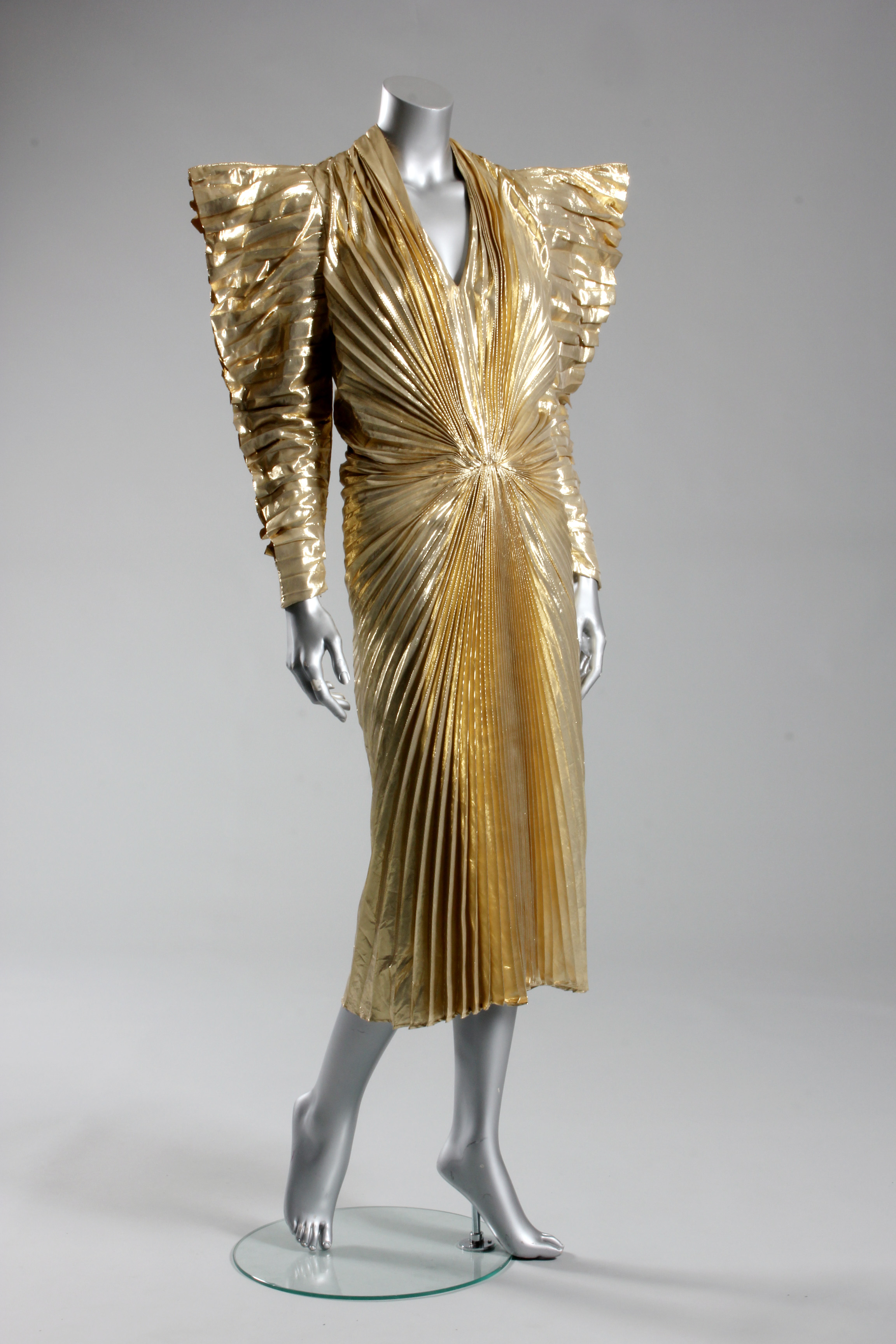 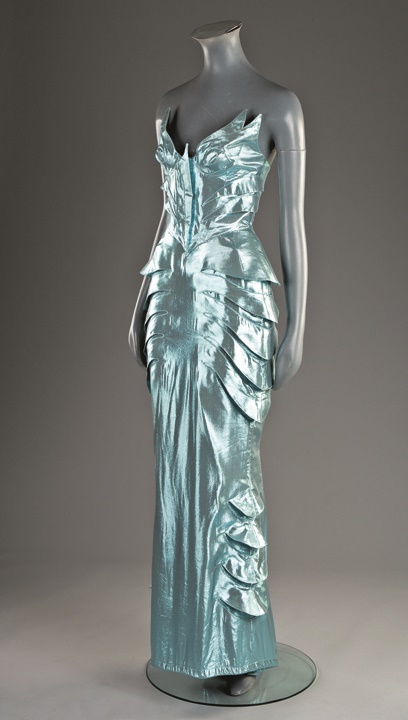