Starring in our 15th June ‘Vintage, Antique Textiles & Passion for Fashion’ auction is a unique and very special item: the bikini believed to have been worn by national treasure Dame Barbara Windsor in ‘Carry On Camping’ in 1969 (lot 341). Rescued from being thrown in the dustbin during a costumier’s stock clearance many decades ago, the chartreuse cotton-towelling bikini is instantly recognisable to an entire generation of Brits and film buffs across the globe. Arguably the most memorable moment to emerge from the ‘Carry On…’ franchise, the infamous scene shows the young, curvaceous cockney actress - Barbara Windsor - and a group of other comely young ladies taking part in a keep fit class. During one particularly strenuous movement, actor Kenneth Williams exhorts, ‘Now let’s really see those chests come out! Now fling!’ causing Barbara’s bikini top to fly off, much to the amusement of campsite onlookers. It was a scene that went on to be included in the promotional film trailer and subsequently became one of the most iconic and famous comedic skits in British film history.

In a TV interview in 2012 Dame Barbara recalled filming this scene for 'Carry On Camping':

"It was that terrible scene – freezing cold. All those summer films were made in the winter…they painted the mud green and placed leaves on the trees. They wouldn’t go on location…I was so terrified when I saw the script – I thought ‘Oh my god!' I talked to the wardrobe lady and it was decided they would use a hook attached to a fishing line and rod. And then I realised – you weren’t allowed to show any boobs… so they got the fishing rod … and an old man, well into his seventies, who was retiring the next day. He had to pull it – but it didn’t work, it didn’t come off.… I fell into the mud... [the director said] ‘Pick her up, rub her down, get the mud off. We will have to go again!’… I did it the second time, it all went well, but then Gerald said ‘Oh we’ll have to do it again, you showed your right boob, the censor won’t pass it.’ So, I did it three times altogether and the third one was perfect…The censor said ‘Oh I don’t think Miss Windsor’s right boob is going to corrupt the nation' – so that is how I became famous."

As is common practice in the film industry, the wardrobe department would have commissioned duplicate bikinis for the film, but this is the only example known to have survived. The bikini top still bears remnants of the fishing line stitched to the centre front, and the hole caused by the fish hook to the lining.

Dame Barbara told Neil Young her interviewer (Neil Young of the BIFF, 2012) that although this is one of the most frequently shown clips from her career, she would have preferred to be remembered for tap dancing and skipping simultaneously during the filming of Ken Russell’s film ‘The Boyfriend’ as it better showed her dexterity as a performer as none of the professional dancers in the cast were able to do it. A still from the infamous 'Carry on Camping' scene, capturing the moment Barbara clutches her exposed bosom in mock surprise, became one of the most widely recognised images of the actress, and was frequently referenced in interviews and biographical documentaries for the duration for her career, which spanned more than fifty years. She often remarked: ‘That photo will follow me to the end’. And indeed it did: the photo and her wry response were included in the order of service for her funeral, which took place on the 8th January, 2021, in London. 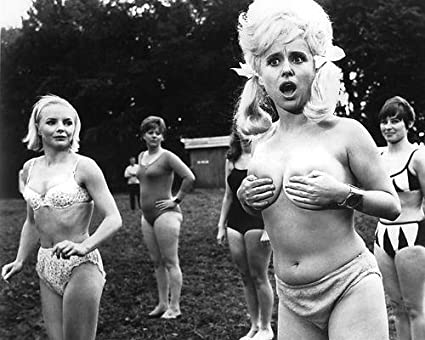 A still from the film

Dame Barbara died of Alzheimer’s in 2020 and the proceeds of the sale of this bikini will be donated by the vendor to the Alzheimer's Society in her memory.

In support, her husband Scott Mitchell notes: ‘It’s a touching tribute to Barbara to think any item associated with that famous scene will raise money to help people living with Alzheimer’s. I’d say it was fitting...but it flew off....so it wasn’t!’ 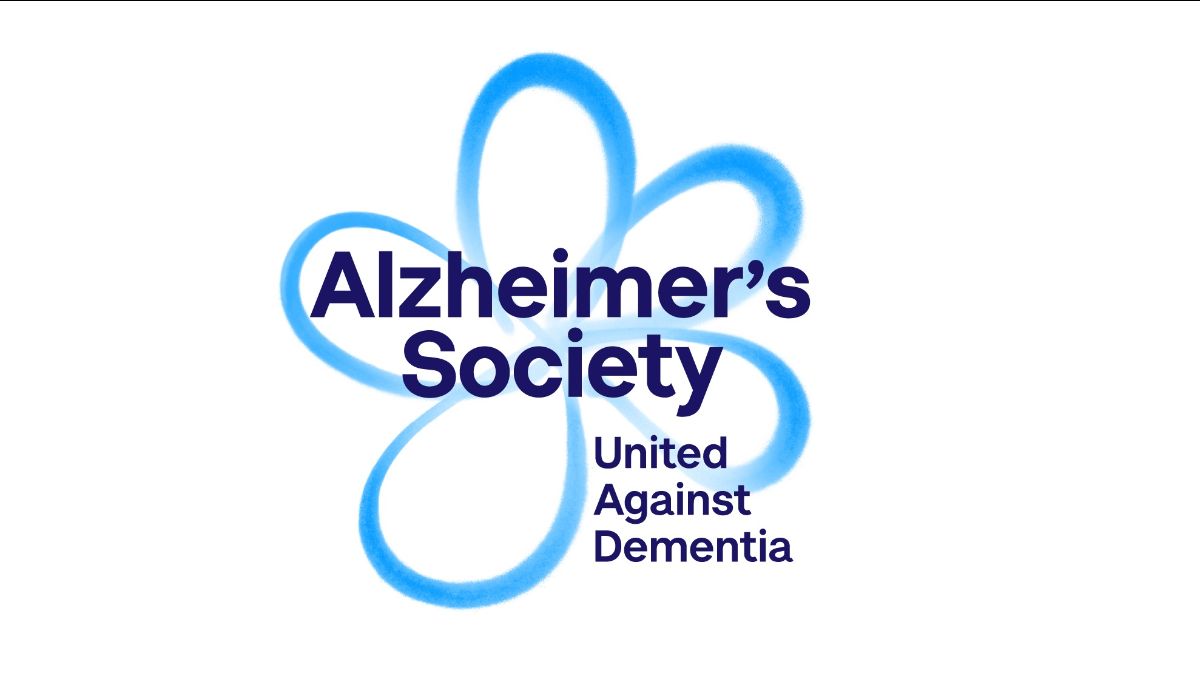 A statement from Kate Lee, Chief Executive of Alzheimer’s Society: “Dame Barbara Windsor inspired so many when she spoke out about her dementia diagnosis and we are so incredibly grateful to have had her and her husband Scott’s unwavering support - what they achieved for people with dementia has been truly awe-inspiring. This bikini is an iconic item from an iconic lady. People living with dementia have been worst hit by coronavirus and have never needed our help more. Our support services like our Dementia Connect support line have been used more than five million times since March 2020, and people tell us they have been a lifeline. It is fantastic that such an iconic item will continue Dame Barbara’s legacy to support people affected by dementia, and we are touched by the generosity of the vendor.”