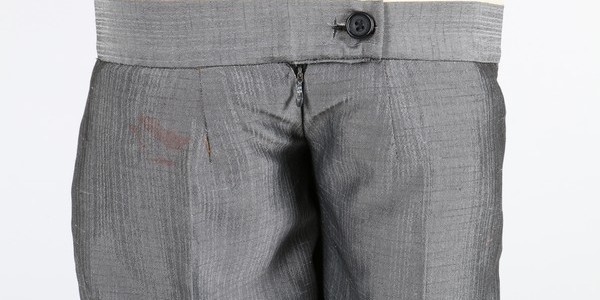 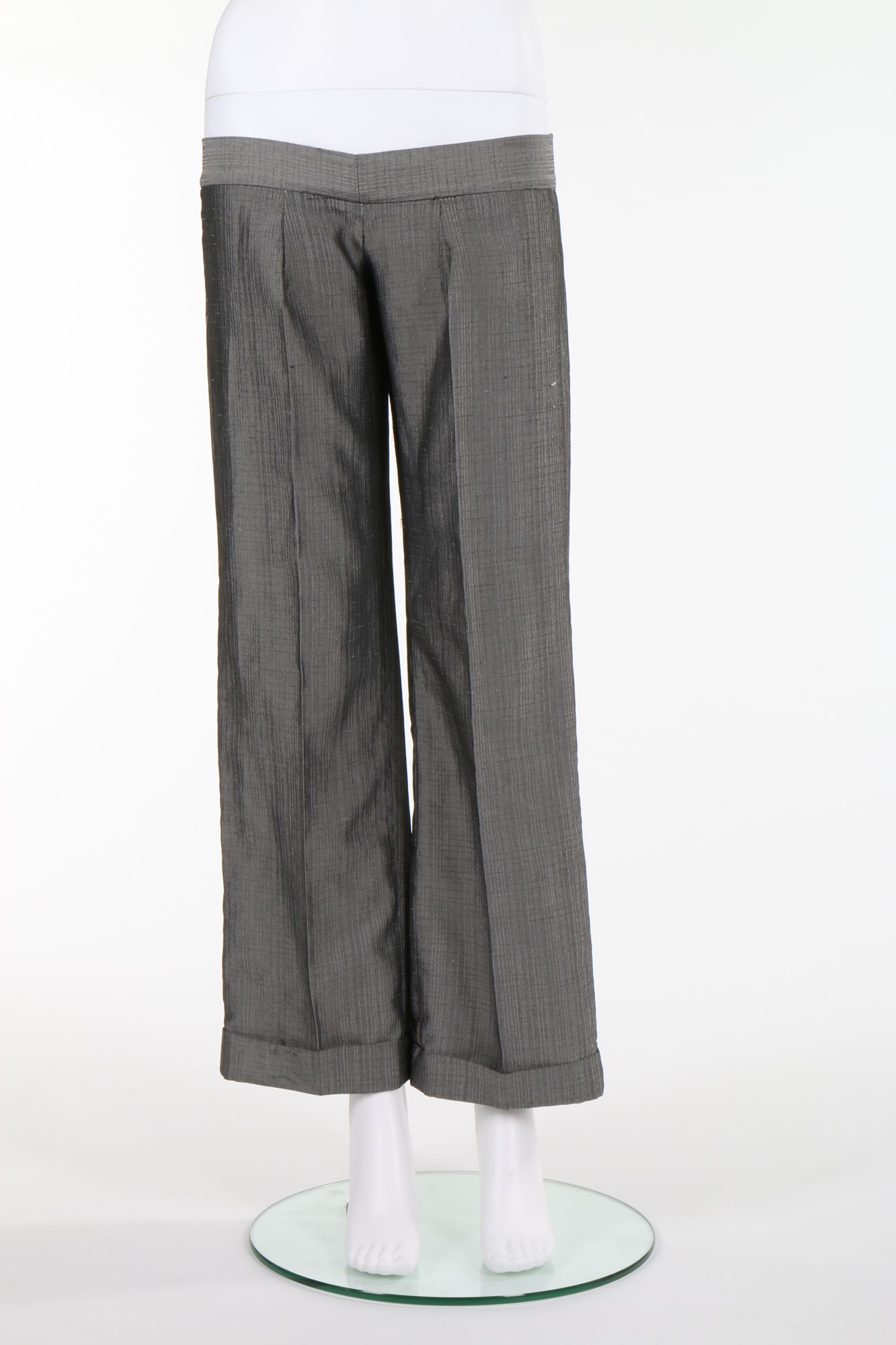 Alexander (Lee) McQueen introduced the world to his ‘Bumster’ trousers in his ‘Nihilism’ Spring-Summer 1994 collection. The fashion press had a field day, comparing them mockingly with the sartorial style usually associated with builders! However, the ‘Bumster’ became something of a signature look for McQueen and he repeatedly referenced them in collections throughout his short but brilliant career. By reducing the level of the waistband to below the hips he shifted the emphasis from the waist and gave the impression thereby of elongating the torso. 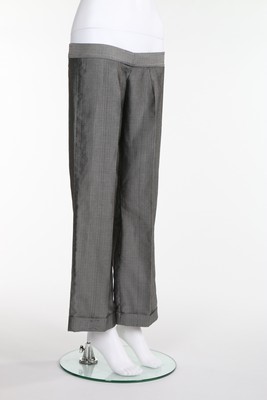 The first experimental/prototype pair he made was in December 1992, as a birthday present for his close friend, the drag artist ‘Trixie Bellair’. Of shiny grey suiting fabric with a single button and zip fastening to the back, the measurement from the crotch to the waistband is a mere 7in. Not only are these the prototype, but they were made on a sewing machine at home by Lee McQueen himself. The internal finishes are far from haute couture; infact they are quite crudely constructed.Lee borrowed them back from Trixie to copy in advance of his ‘Nihilism’ S/S 1994 collection, which took place in the Bluebird garage, Kings Road, in Autumn 1993 where they caused a furore.

They are Lot 277 in our Passion for Fashion auction on December 9th, estimate £800-1000. The complete catalogue can be viewed by clicking here.