The collection of the late Johanna Beumer, MBE

‘At the end of a country lane in Essex there is a small cluster of racing kennels, the last of which is kept by Johanna Beumer - teacher, dog woman, heroine - for the housing of unemployable greyhounds…’

Laura Thompson, ‘The Dogs. A personal history of Greyhound Racing’, 1994.

Such a place may seem an unlikely location for the discovery of a dazzling collection of rare, covetable vintage bijoux, however as auctioneers we never cease to be amazed, and the most beautiful treasures are often unearthed where we least expect them!

Born in Southgate, Middlesex, to an affluent family who owned a private school, from the age of eleven years old Johanna would accompany her parents to Walthamstow Greyhound Stadium to attend the races. For her 21st birthday, she announced that instead of a car, she would like a dog. She was gifted a fawn greyhound nicknamed ‘Sailor’, and the two became inseparable. Johanna’s second love - after her greyhound - was bijoux, and she was an avid collector throughout her lifetime. The second and final chapter of Johanna’s collection will be sold in our upcoming ‘Passion for Fashion’ auction on 7th December 2021. And we have certainly saved the best for last…

Lot 26 is a fine and rare Dior parure, 1969, of dazzling cut-brilliants and large faceted ‘sapphires’. Consisting of a necklace, matching brooch and earrings, it is arguably the most magnificent and complete example by Dior we have ever seen: 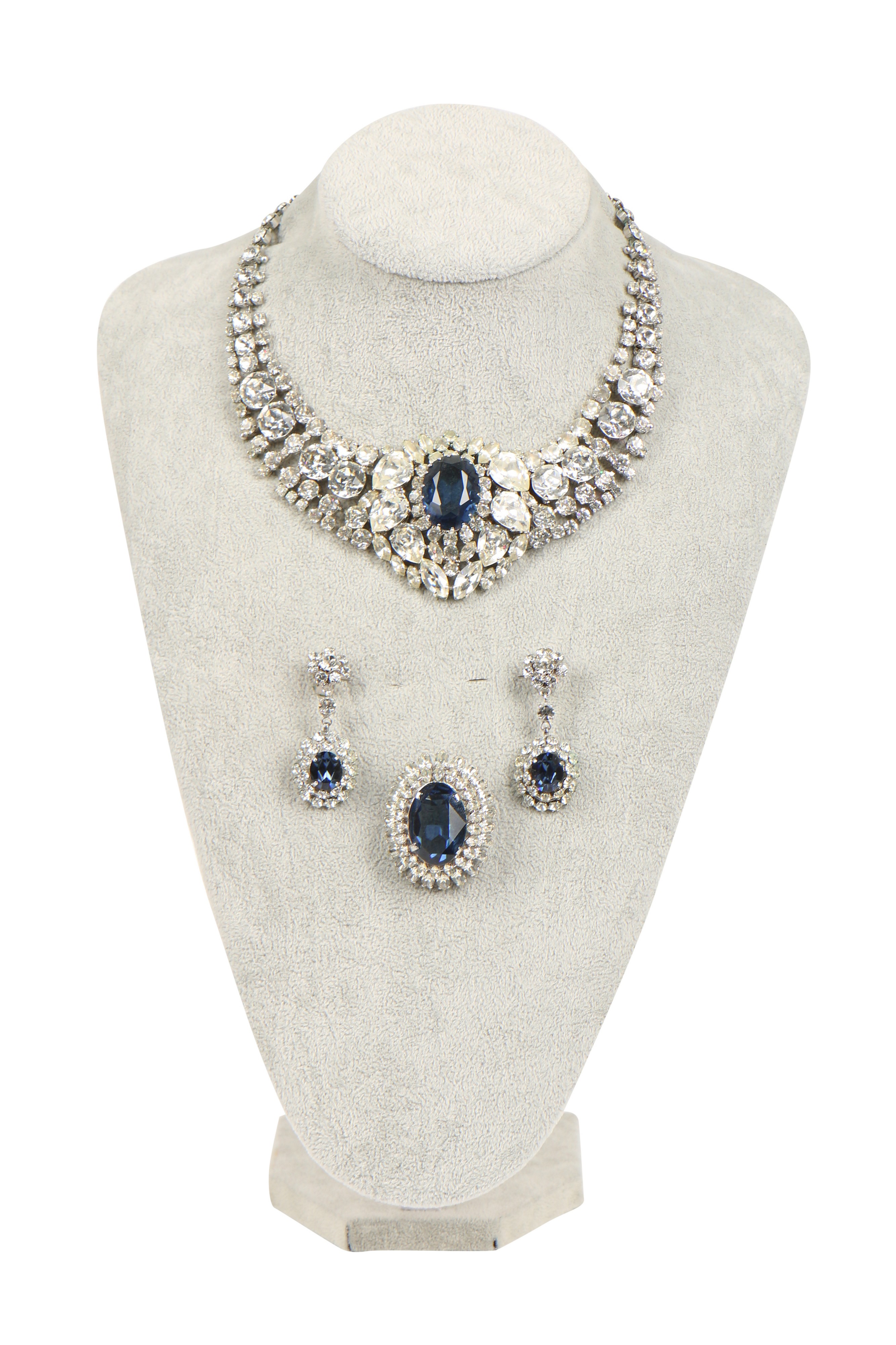 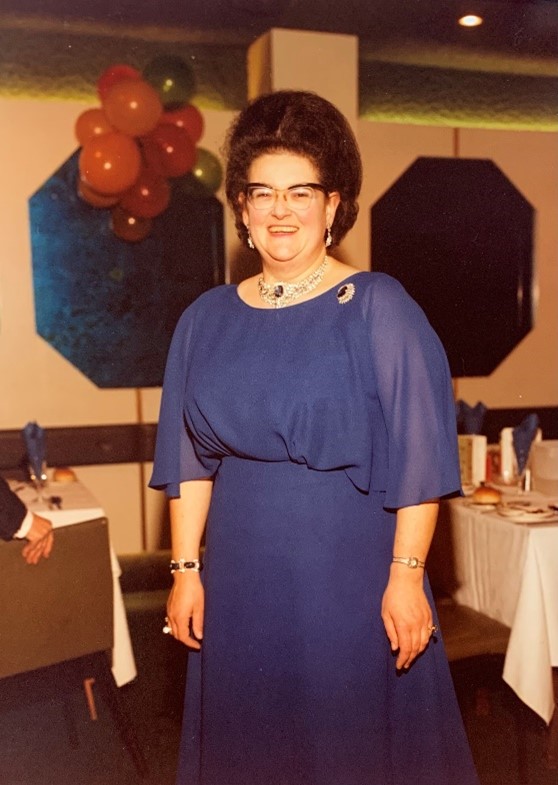 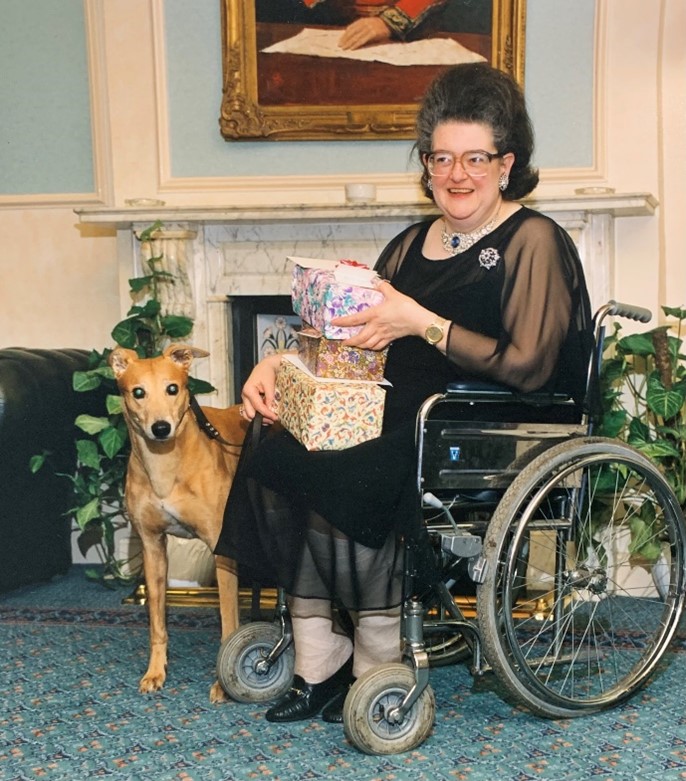 Her family loved to host events and Johanna’s birthday parties were always grand, joyous affairs (with pet greyhounds in attendance), held in London at places such as the Grosvenor and Park Lane Hotel. Family photos show her dressed for such occasions, always accessorising her outfit and signature bouffant-hair with sparkling statement ‘jewels’. 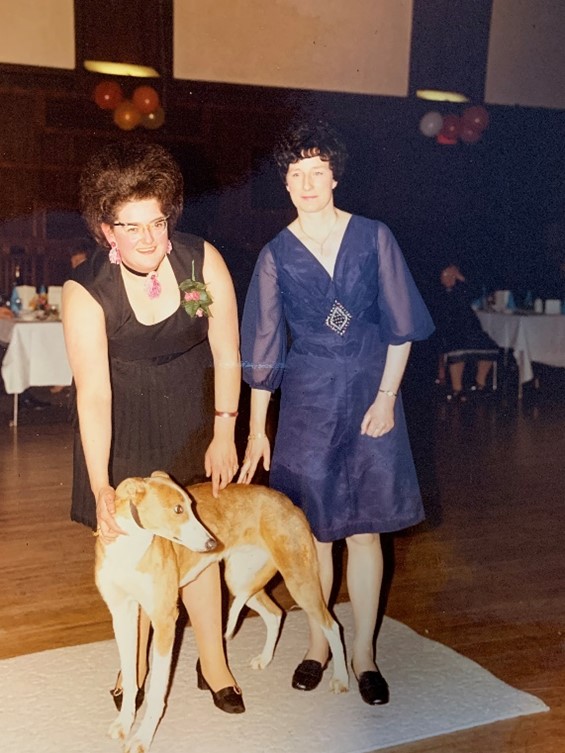 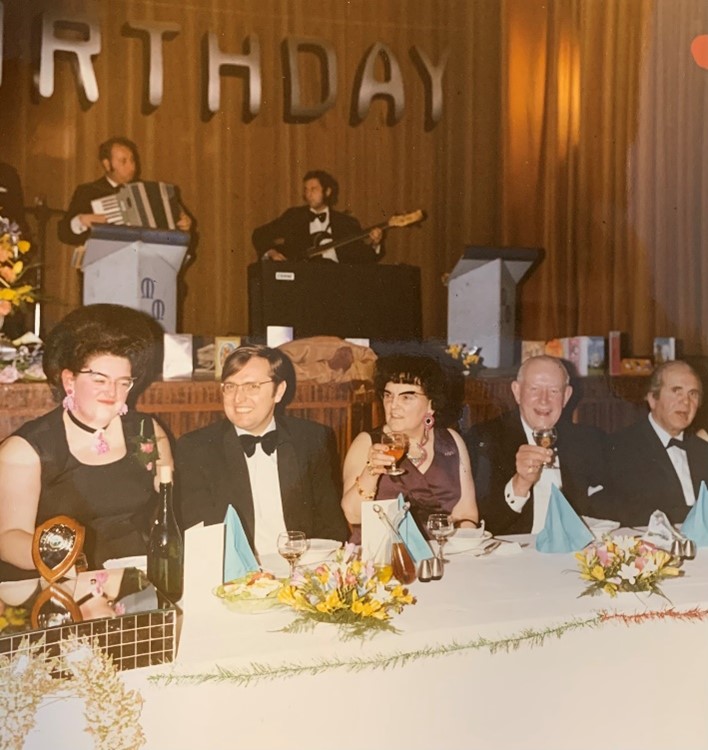 Johanna pictured at her birthday party, circa 1969

A life-changing moment occurred in 1965, soon after acquiring Sailor, when Johanna learned that once a greyhound’s racing career was over, they were routinely killed. Subsequently, she went on to dedicate her life to the rescue and re-homing of ex-racing greyhounds. Pioneering in her beliefs and animal welfare activism, Johanna was a founding member of the Greyhound Trust- a now nationwide charity which has rehomed an estimated 100,000 greyhounds since its establishment in 1975. By the early 1990s Johanna had established Whittingham Kennels (the Henlow & Waltham Abbey branch of the Greyhound Trust), where she remained a dearly-loved figurehead by staff and volunteers alike. Disabled in her later life and aided by a wheelchair, Johanna remained undeterred and continued to supervise the kennels, a faithful greyhound always by her side. The Trust continues to rescue and re-home thousands of ex-racing greyhounds to this day. In 2007 Johanna was awarded an MBE for her lifelong service to the welfare of greyhounds. When awarded the honour by Queen Elizabeth II, Johanna reciprocated by presenting Her Majesty with a gift of biscuits for her corgis. She is remembered fondly by those who knew her as the lady ‘with the big dog…big hair, big personality and big heart’. 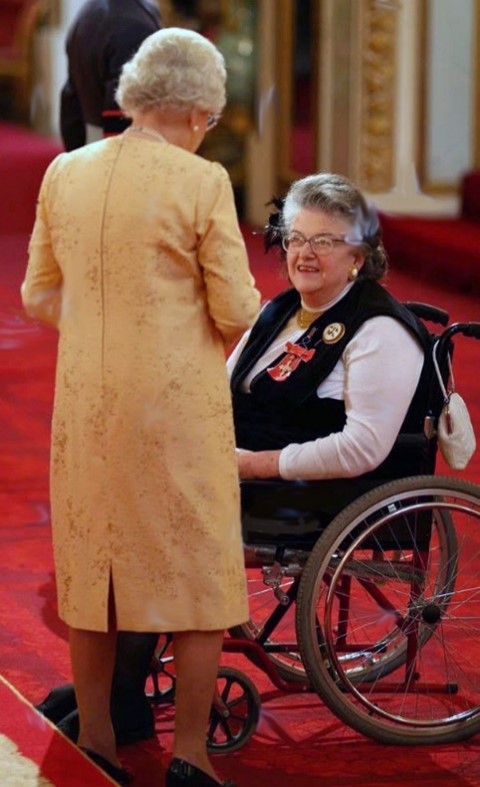 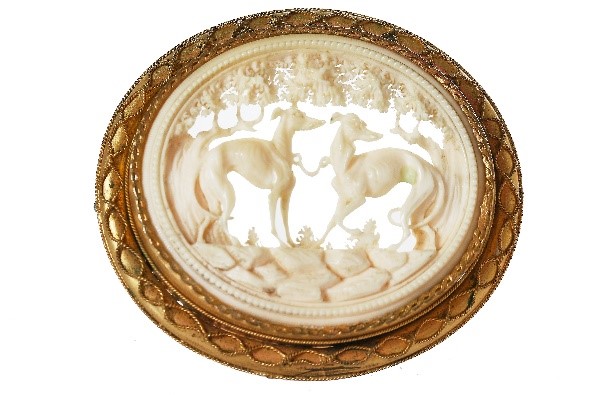 Johanna being awarded her MBE by Queen Elizabeth II in 2007. She wore an antique brooch carved with two whippets, 1860s-80s (sold in the 1st chapter of her collection, auction 25th October 2021) 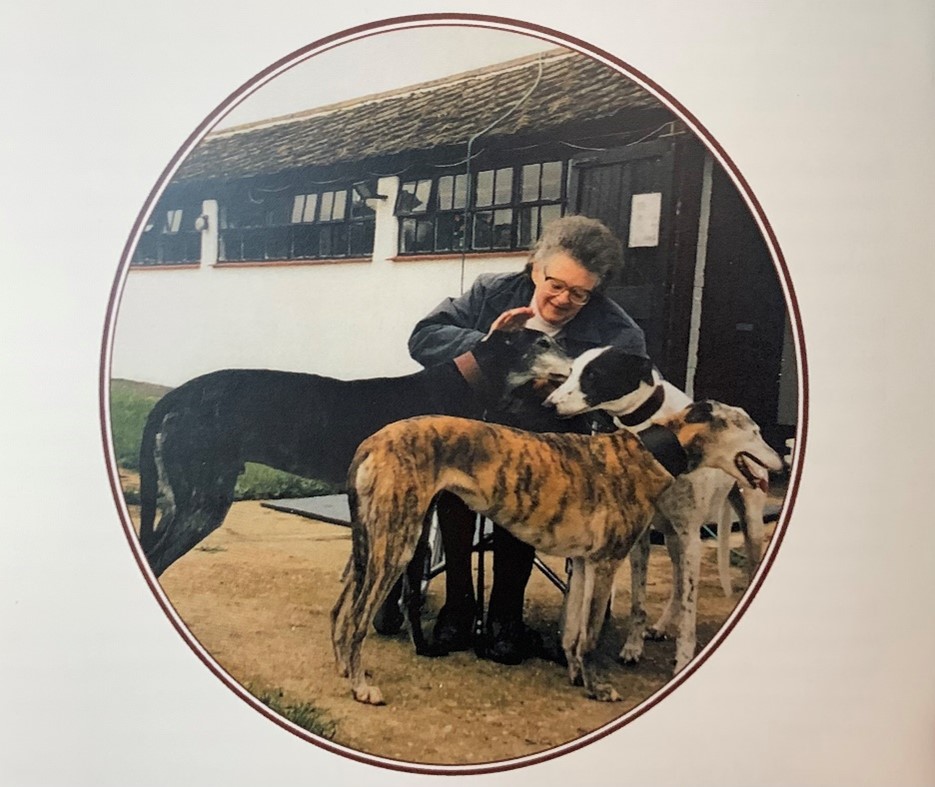 Whittingham Kennels depends on donations for its work and future survival. If you would like to contribute to their cause and care for ex-racing greyhounds, please click here.

If you wish to attend the auction at our saleroom and bid in person, please get in touch to book a place, as places are limited due to Covid regulations.

Viewing for this sale is strictly by appointment only, and you must be registered to bid with us in advance. Please contact us directly to arrange an appointment, with the available times as follows:

Additional viewing times may be considered, by special request.