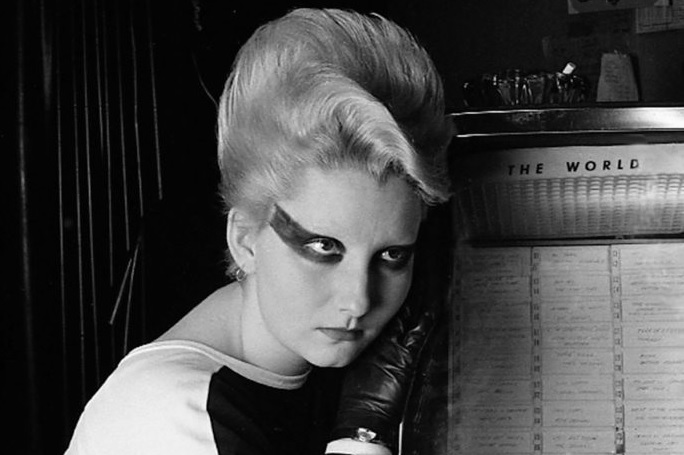 Jordan: The Estate of the late Pamela Rooke

Above: Jordan at SEX 1976. Detail of photograph © Jane England, with thanks.

In 2015, the phone rang in the Kerry Taylor Auctions office: ‘It’s Jordan. THE Jordan’. ‘The High Priestess of Punk’ wanted to clear out her closet. Our jaws dropped. Jordan’s collection intimately charted her rise as the original ‘punk’ and her career with Vivienne Westwood and Malcolm McLaren between the cardinal years of 1974 and 1982. The record breaking auction took place on the 23rd June, 2015- her 60th birthday. We had a party for her. It was wonderful.

Just six short years later, our phone would ring again. This time, under much sadder circumstances. We were devastated to learn that Pamela, aka Jordan, had passed away from a short and courageous battle with cancer on the 3rd April, 2022. She had instructed her family to contact us, and we are deeply touched that she chose to entrust Kerry Taylor Auctions for a second and final time.

The Estate of the late Pamela Rooke represents the later years of her life- it may not come as a surprise that her wardrobe remained almost exclusively Vivienne Westwood! Aged only just 19 when she began working for Malcolm McLaren and Vivienne Westwood as shop girl extraordinaire, model and mayhem-maker, Jordan will forever remain the definitive face of the Punk movement. 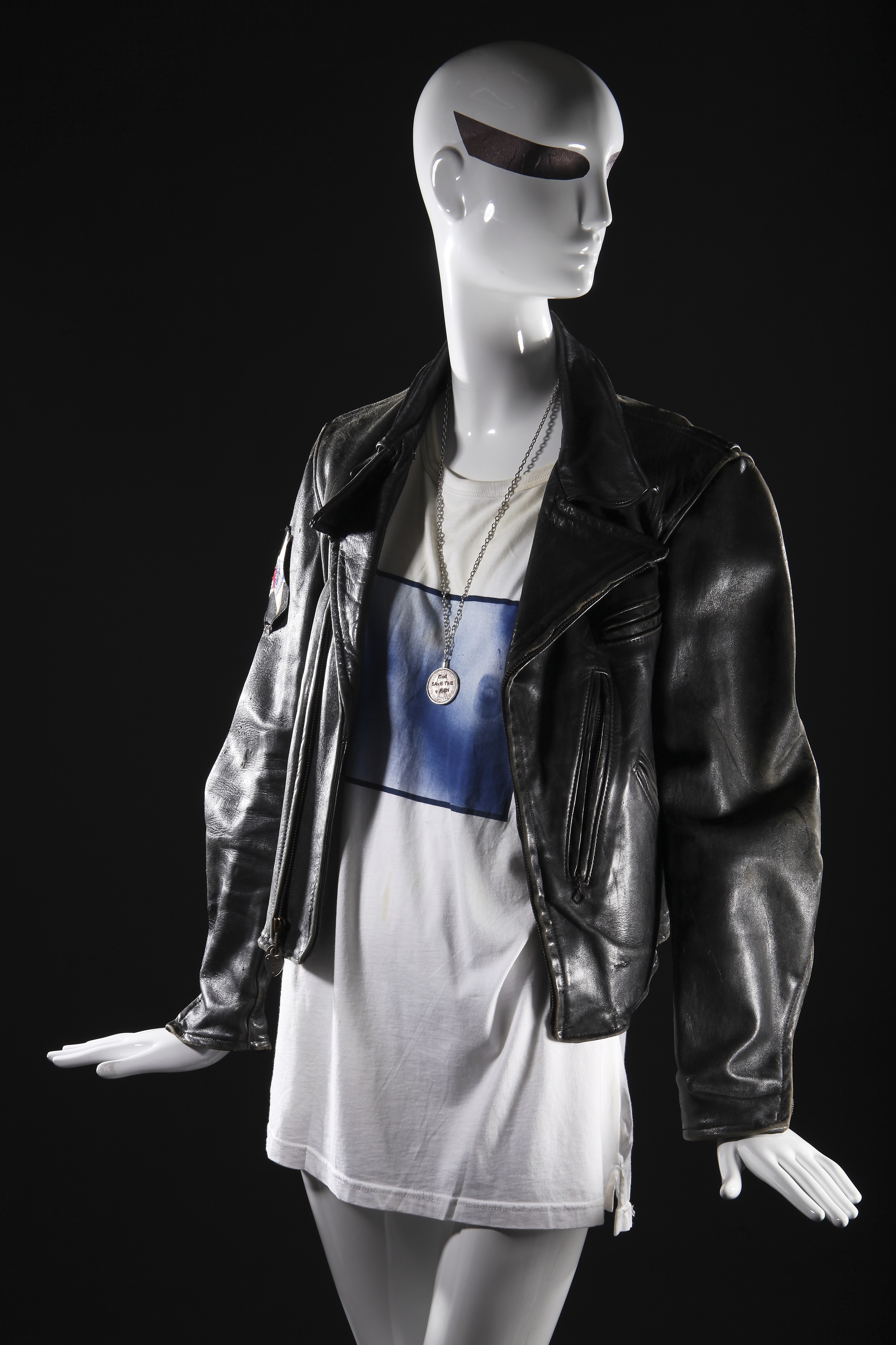 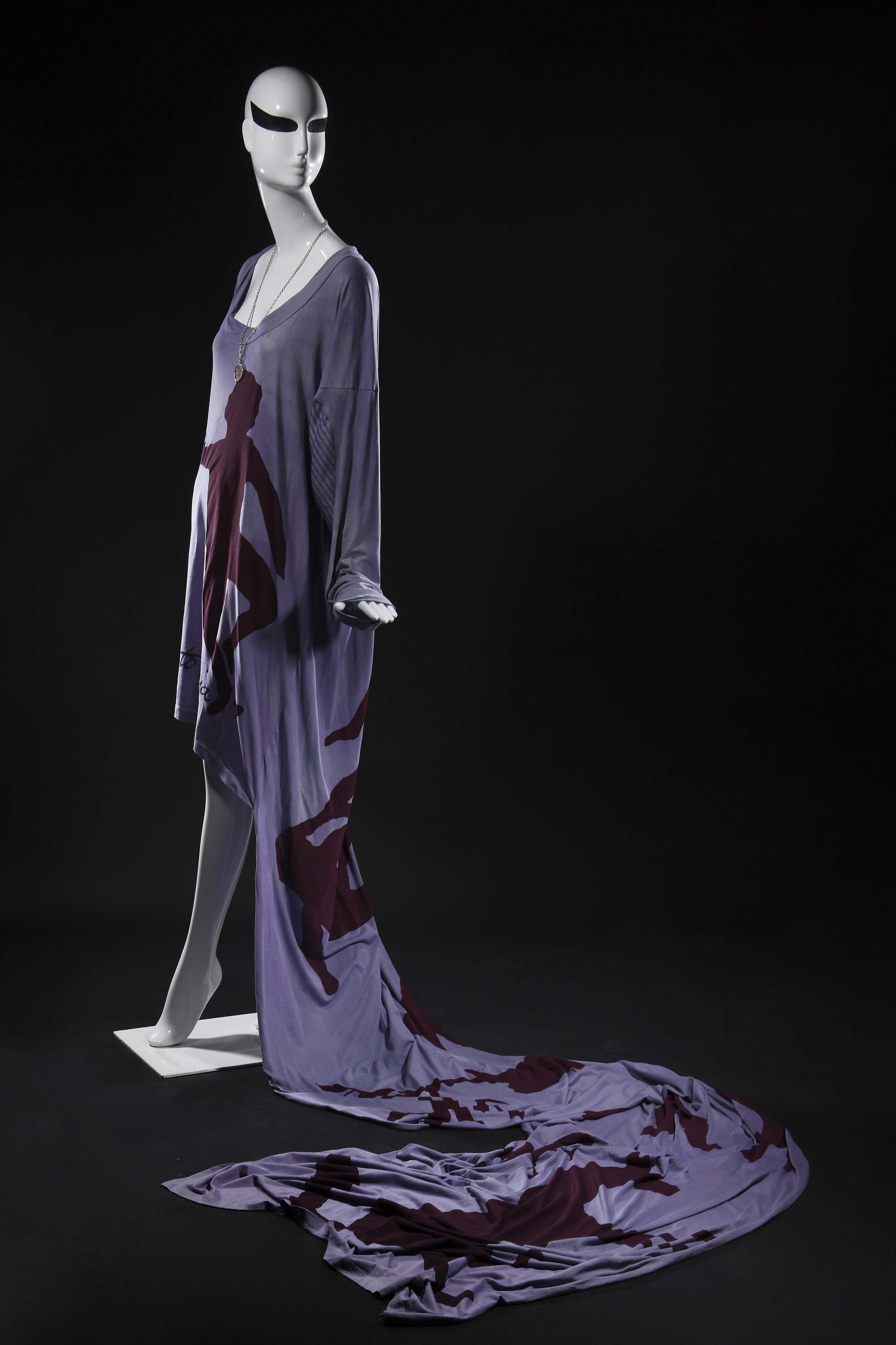 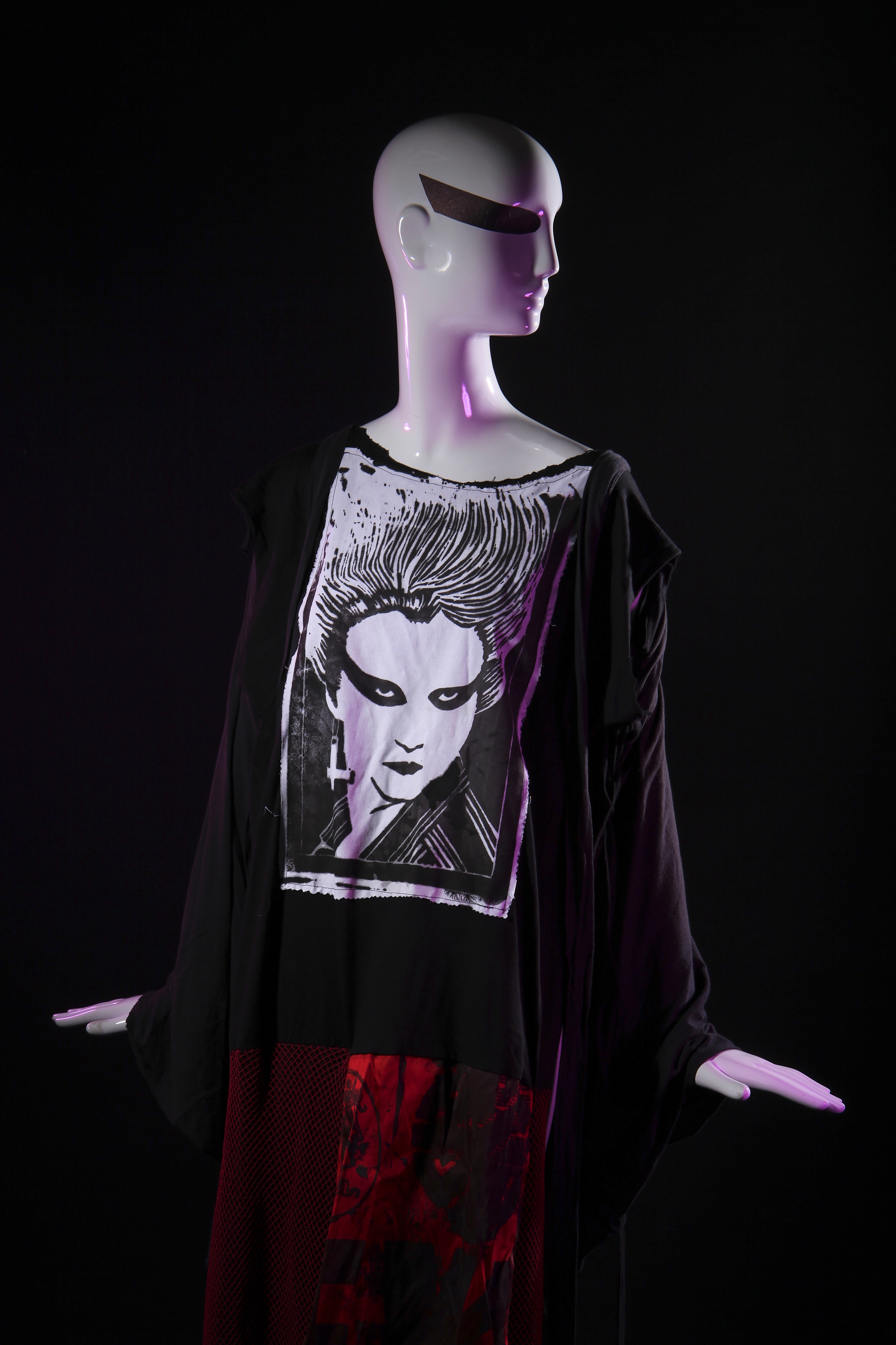 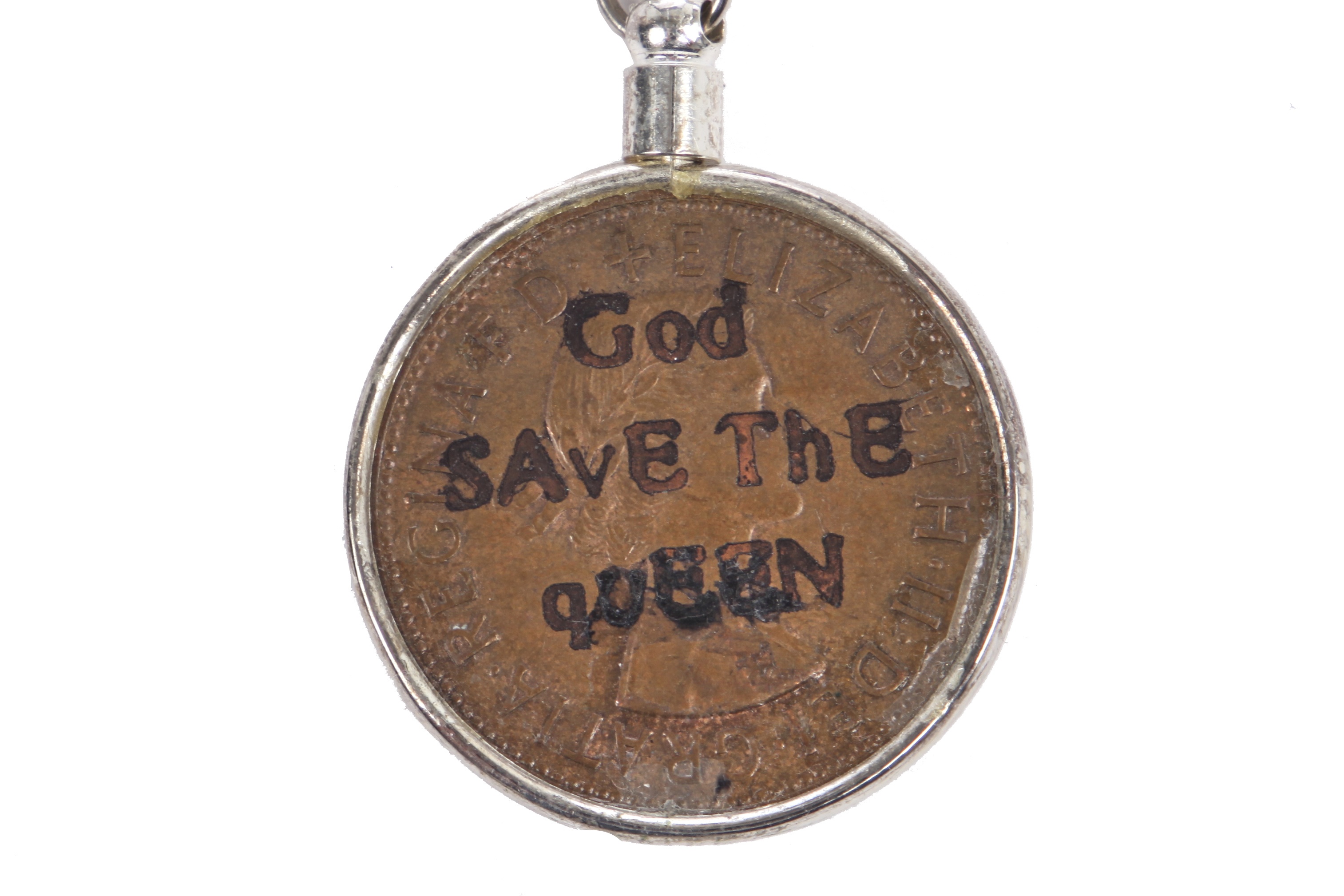 Amongst the well-worn Westwood t-shirts printed with ‘tits’ and emblazoned with slogans such as ‘Motherfucker’ &‘Too fast to live, too young to die’, are original vintage pieces such as Jordan’s patent leather ‘Miss Marple’ court shoes, ‘Time Machine’ collection, Autumn-Winter 1988-89, and her ‘Picasso’ printed cotton jersey dress, ‘Nostalgia of Mud’ collection, Autumn-Winter 1982-83. Poignantly, the dress was one of the last items Jordan acquired before her formative years with Westwood came to end. She recalled in 2017:‘I left London and Sex – by then called World’s End – in 1984. I was 28 and a little disillusioned. There was terrible sexism in the music industry, which I had no desire to be part of anymore. It felt the right time to move on. But I never stopped believing in the ethos of punk. Those years showed me, if you just have the courage, you can be anyone you want to be – I still believe that as much as I did in 1976. In that way, I’m the same person today as that 20-year-old in the picture’ (The Guardian, 10th November 2017). 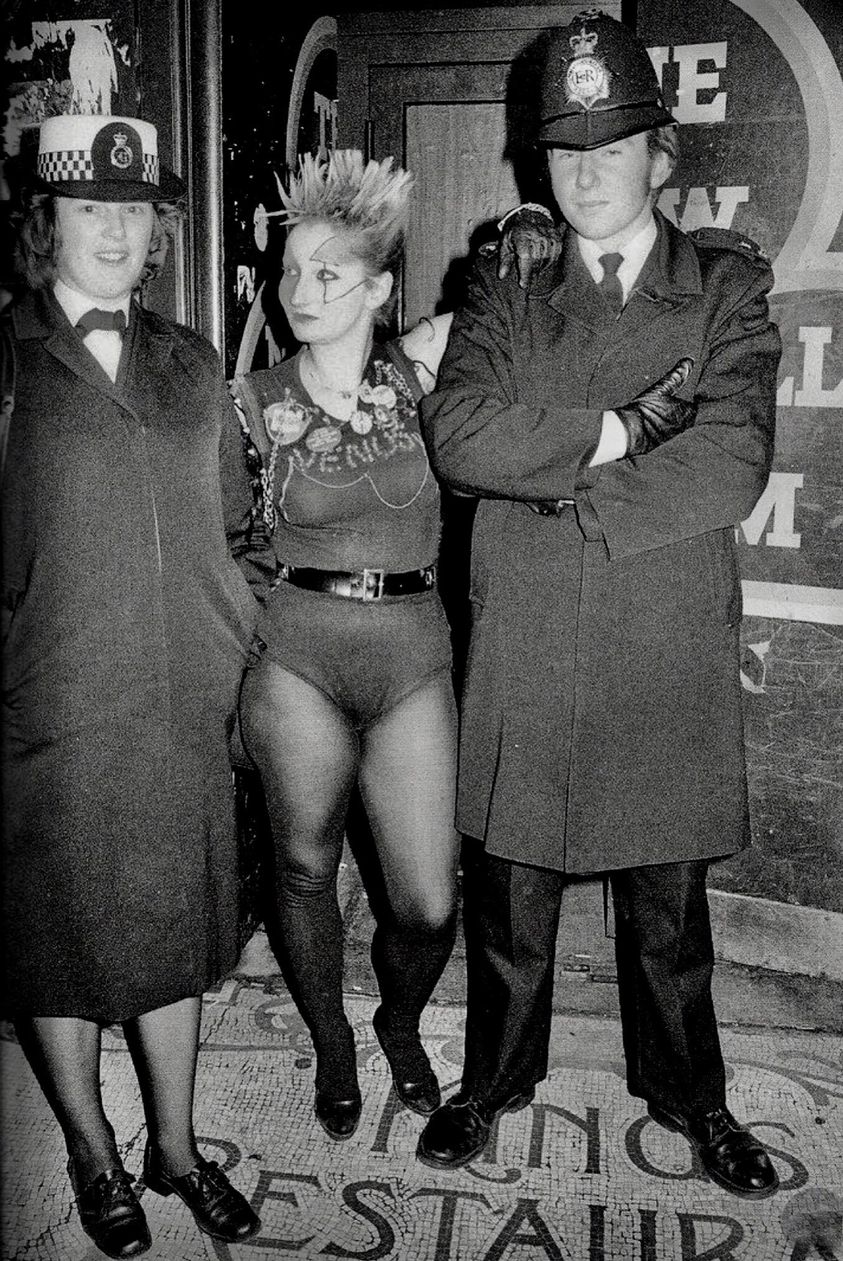 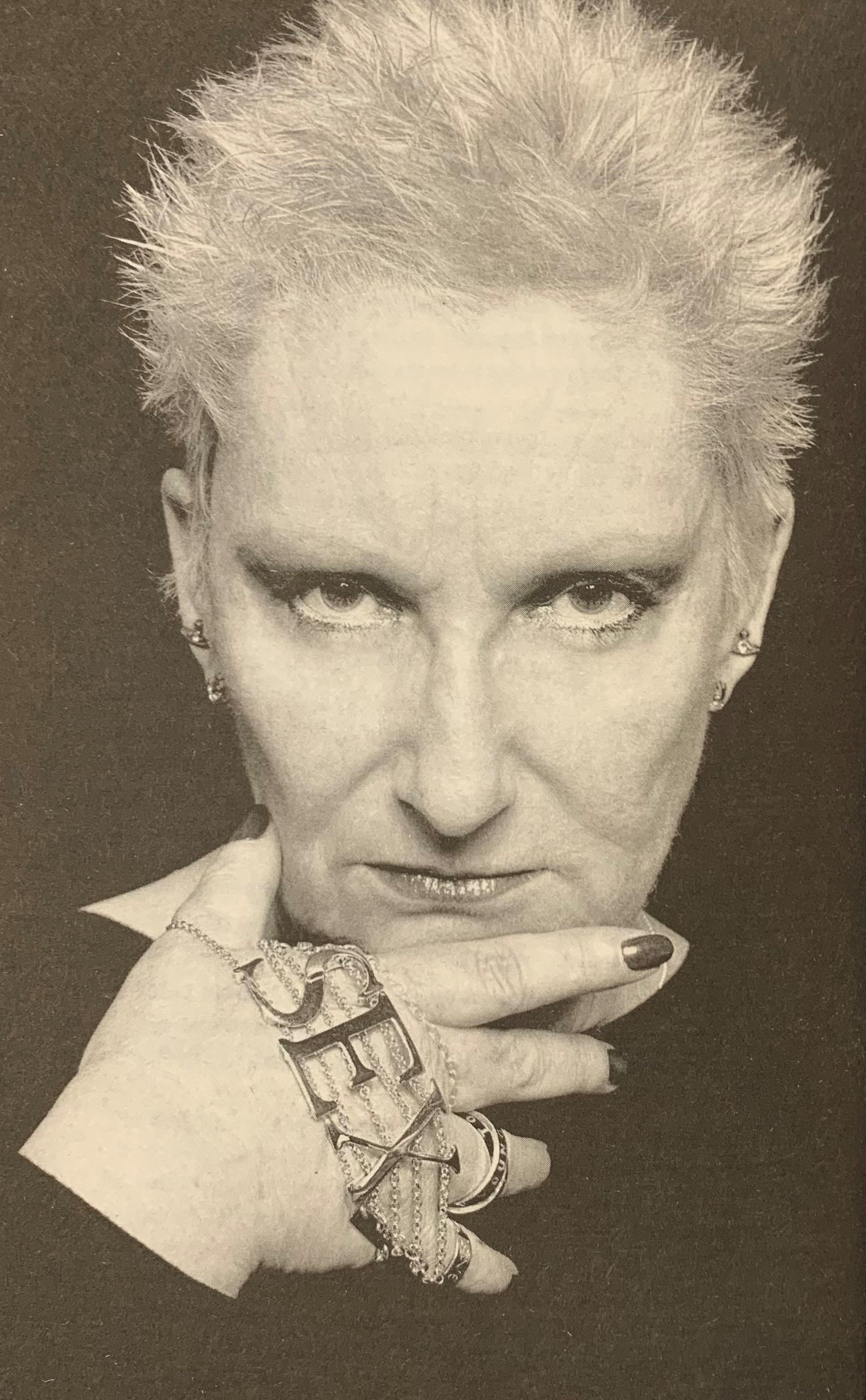 Left: Jordan in the company of two uniformed Police Officers outside the Nashville Club, Shepherd’s Bush

Right: Jordan is photographed with the 'SEX' bracelet in her book 'Defying Gravity: Jordan's Story', p 416, which is Lot 71 in our upcoming auction on 6th December 2022. 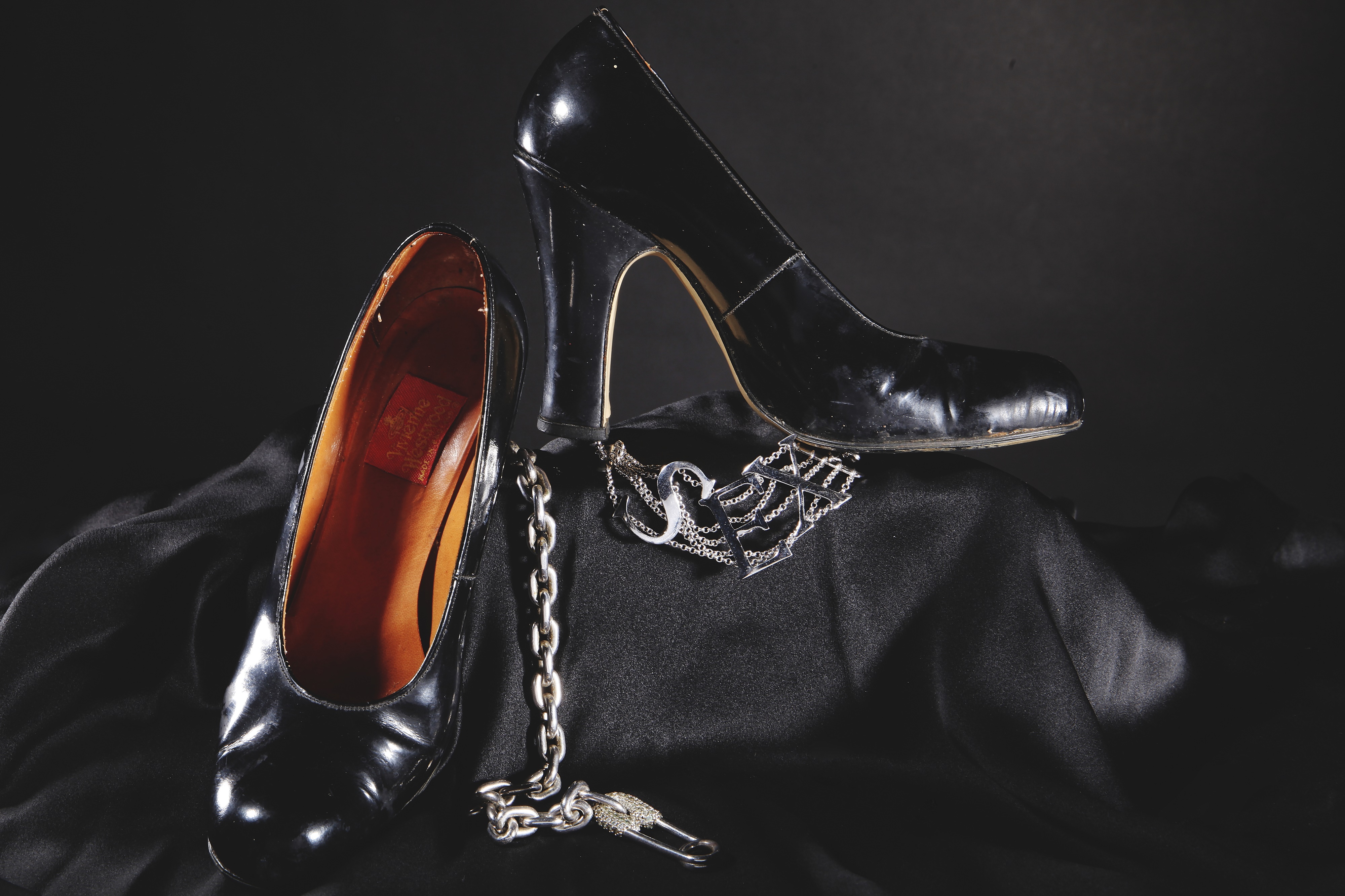 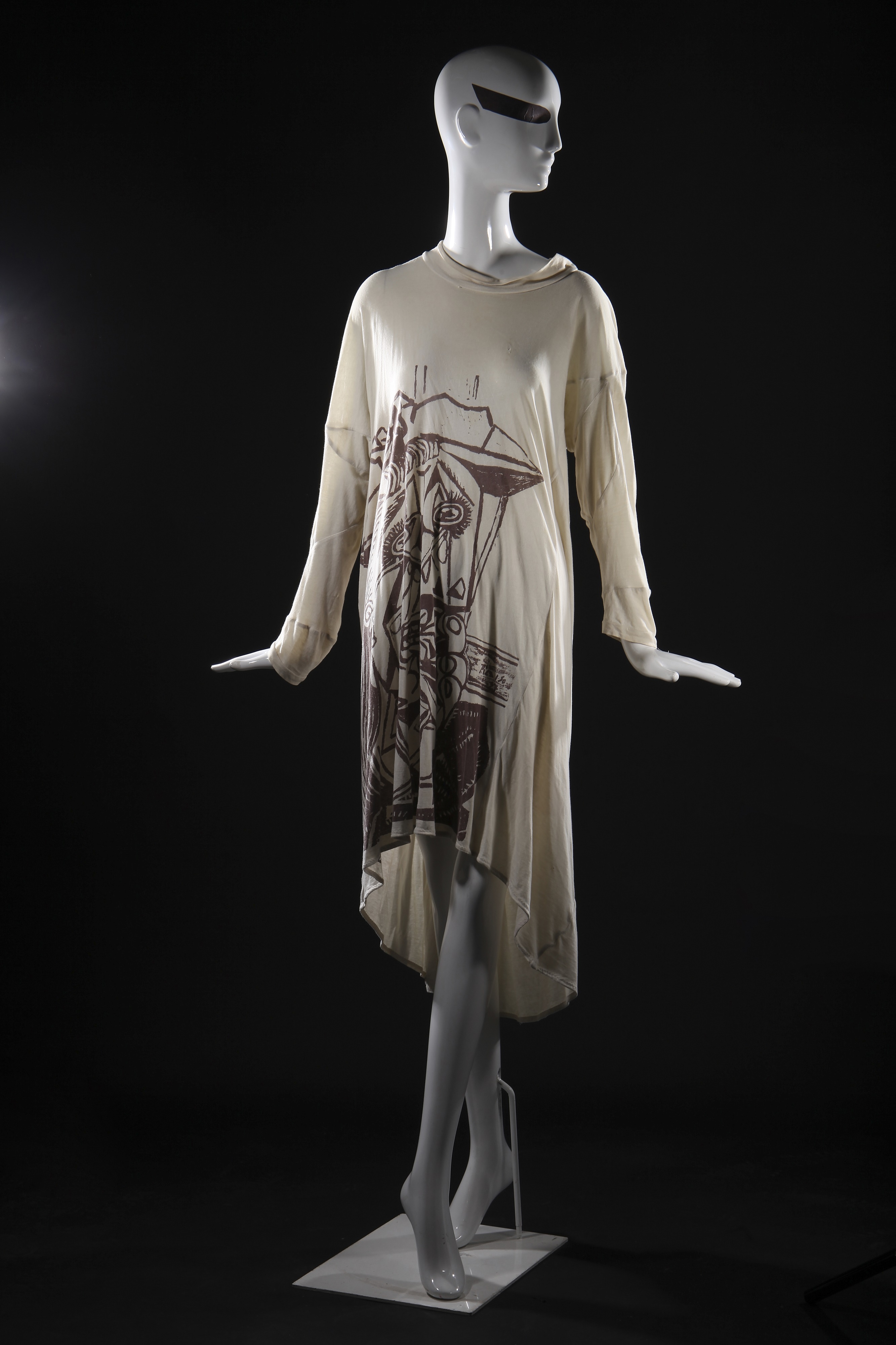 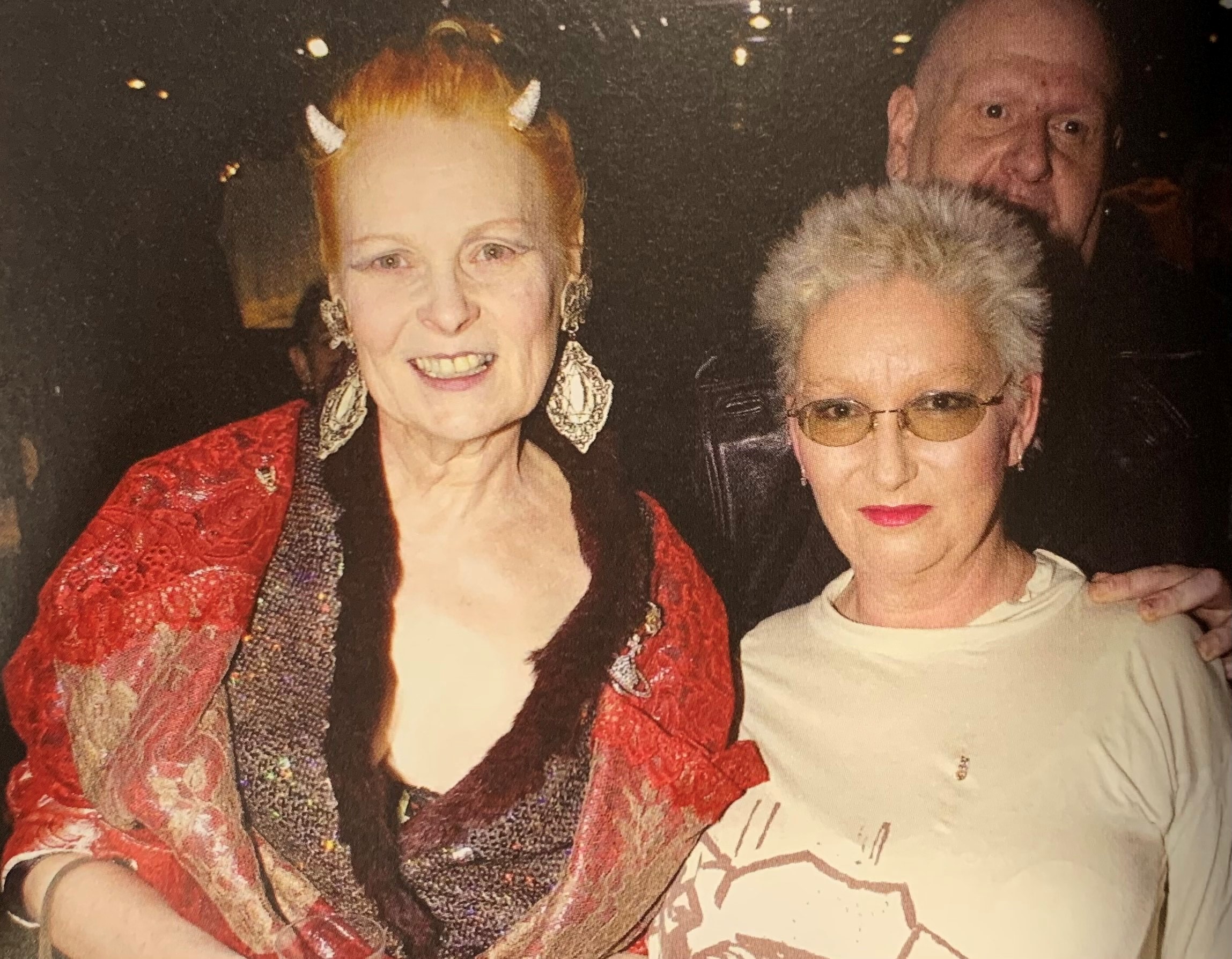 Right: Jordan photographed with Vivienne Westwood. She is wearing her Vivienne Westwood 'Picasso' printed cotton jersey dress, 'Nostalgia of Mud', Autumn-Winter 1982-83 (Estimate £300-£500) which is Lot 95 in our upcoming auction on 6th December 2022.

Jordan went on to devote her life to the care of animals, becoming a veterinary nurse and breeder of her beloved Burmese cats: 'Things had become too hectic. It sounds really corny, but normality saved my life… I wanted to work in something meaningful, so I got a job at my local vet’s. I’ve now been there for 22 years. It’s not pushing bits of paper around. It’s a real job where you can make a difference to how animals are cared for. Punk showed me you could be whatever you wanted to be, and that’s the way I’ve lived my life. I haven’t changed. A lot of my old teachers still live locally and bring their animals in. They remember all the trouble I got in at school…Now these teachers say, "Oh, I always loved how you looked." A bit of history has been rewritten' (The Guardian, 7th May 2016) 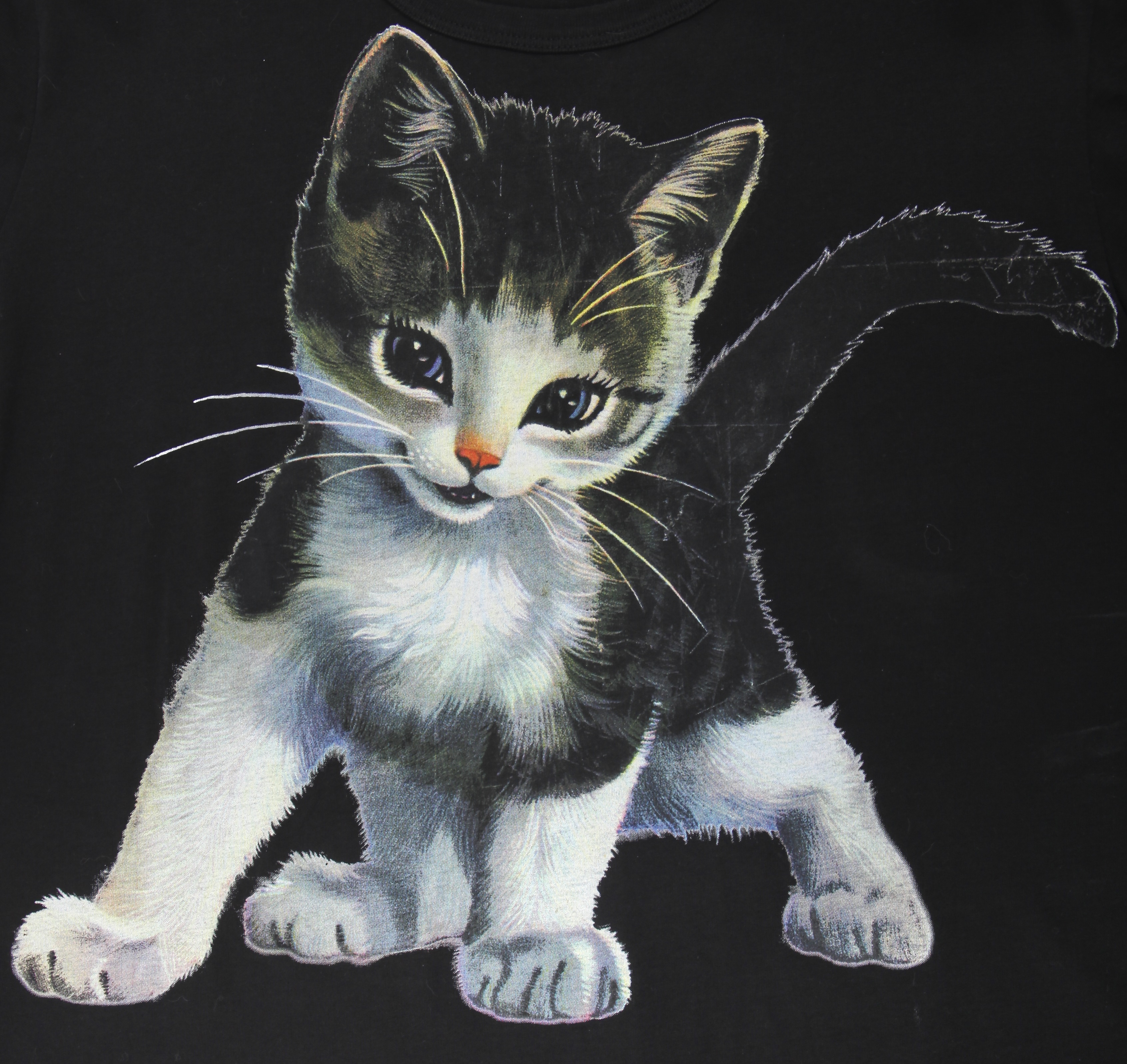 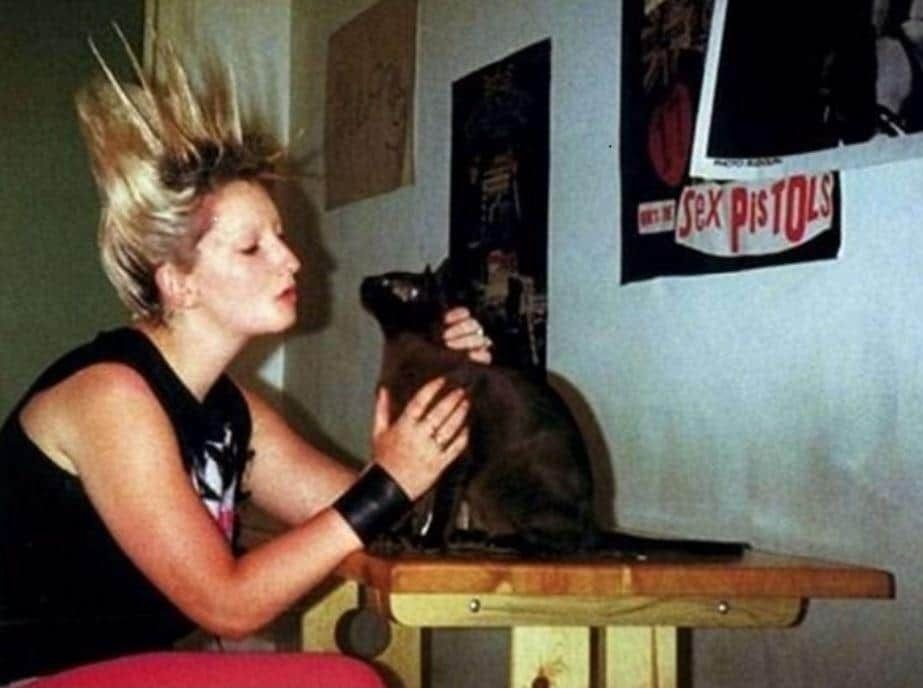 Left: Jordan at work as a veterinary nurse, 15th February 1994. Right: and in 2016, photographed by Alan Powdrill

To read more about the life of Jordan, click here