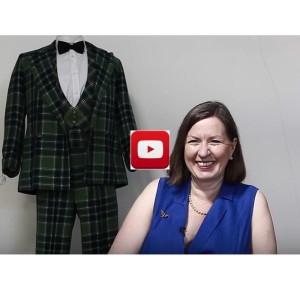 The gifts, mementoes and private photographs originally belonged to Katherine and Herman Rogers – lifelong friends of Wallis Simpson and King Edward VIII. They were discovered by Herman Roger’s grand-daughter in a safe after the death of her grandmother. Herman Rogers was good-looking, athletic, well-educated and the son of the American millionaire railroad tycoon Archibald Rogers. He and Katherine explored the world, seeking out culture wherever they went.

The Rogerses had been friends with Wallis since the 1920s. In 1924 the couple offered her refuge at their home in Peking after the failure of her marriage to her first husband – Earl Winfield Spencer, a reputedly alcoholic and abusive US naval pilot from a rich and socially prominent Baltimore family. In June 1928 she stayed with them again in another of their beautiful homes near Cannes in the south of France – Villa Lou Viei, where she signed herself in the guest book (lot 204, estimate £3000-5000) ‘Wallis Warfield Spencer’ – taking her husband’s name despite their divorce in December the previous year. The guest book tellingly records other trips to Lou Viei:

December 23rd 1929. Wallis appears with her new husband Ernest in tow and she signs herself ‘Wallis Warfield Simpson’ (see below) with an address of ’12 Upper Berkeley Street’. 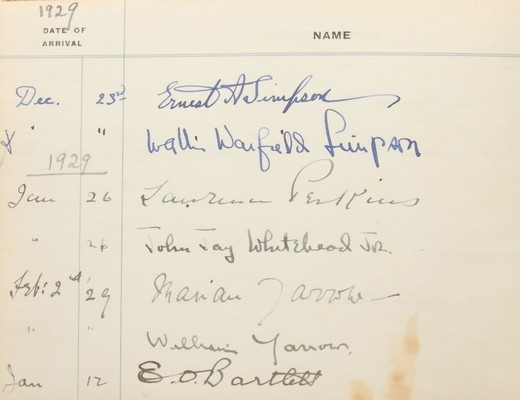 The collection also includes an intriguing album of over 200 photographs (many previously unseen) which clearly illustrates the romance and growing closeness between Edward and Wallis (lot 202, estimate £1500-2500).

On January 20th, 1936, everything was to change. King George V died and his eldest son Edward (or David as close friends and family referred to him) acceded to the throne. In August the same year, the un-crowned King made an ill-judged decision to go on an Adriatic cruise, taking with him Wallis (who was still married to Mr Simpson) and a small group of friends, including the Rogerses. The fact that Spain was in the throes of a civil war and there was unrest in the Balkans did not deter him, despite government advice to the contrary. The photographs taken by Herman Rogers record for posterity this notorious ‘Nahlin’ cruise.

The chartered Nahlin yacht was partially re-fitted for the cruise, with the on-board library being ripped out and converted into a large master bedroom for the couple. The King appears in the photographs swimming and sunbathing bare-chested (which caused much comment in the overseas press at the time). Wallis sports rather unflattering rubber bathing hats, elasticated one piece swimsuits or shelters under parasols (not for her the new-fangled sun-tan). Whilst Britain remained unaware of the royal romance (thanks to acquiescent press barons who quashed all mention), in the US and Continental Europe the affair was widely reported as Wallis’ aunt Bessie (who lived in the US) was to inform her upon her return to France at the end of the trip. Not all of the coverage was flattering. 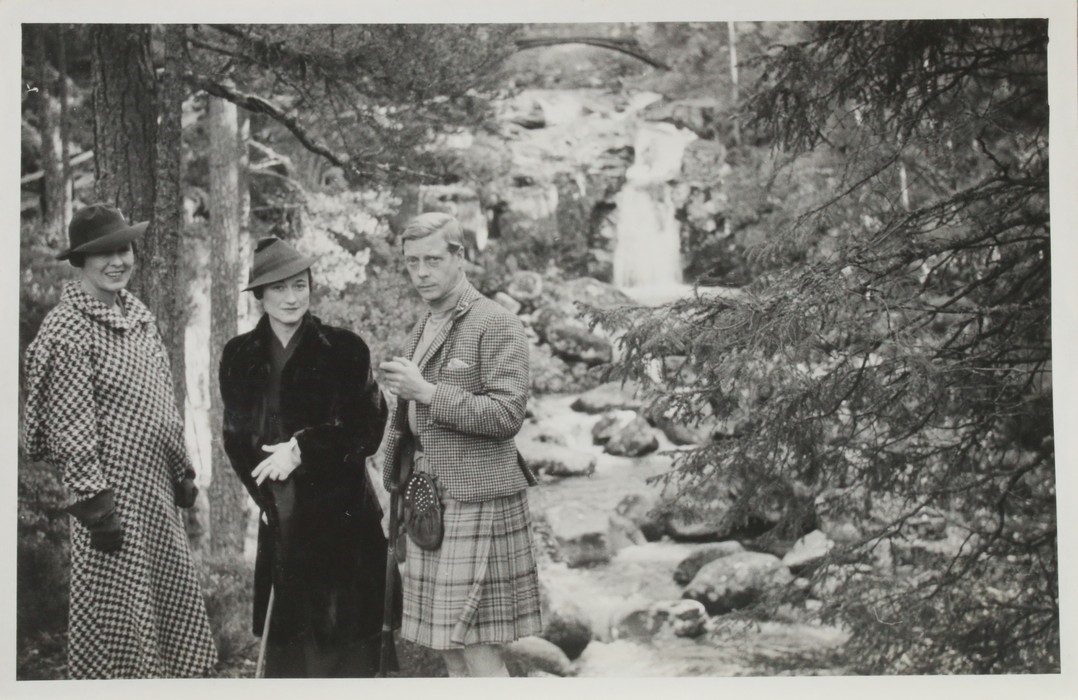 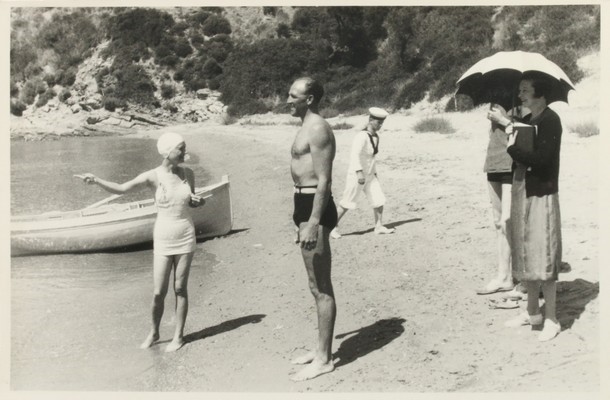 As a memento of Rogers’ stay at the castle, the King and other guests signed a piece of Balmoral Castle stationery (lot 203, estimate £2000-3000).

Just three months after the highly publicised Nahlin cruise and Scottish holiday, the King finally decided to abdicate his throne, triggering a constitutional crisis. He had put his own desires and comfort above his Royal duty as King – being unable to rule without the woman he loved beside him. In consequence he was demoted in rank to HRH the Duke of Windsor. Wallis, after being hounded day and night by the press, again took refuge with Herman and Katherine Rogers at Lou Viei in France and recorded in her memoirs:

‘As the moment approached, everyone at Lou Viei, including the domestic staff, gathered around the radio in the sitting room. David’s (the informal given name for Edward) voice came out of the loudspeaker calmly, movingly. I was lying on the sofa with my hands over my eyes, trying to hide my tears. After he finished, the others quietly went away and left me alone. I lay there a long time before I could control myself enough to walk through the house and go upstairs to my room’.

It was to Katherine and Herman that Wallis turned to for help with the impending wedding which was to take place on June 3rd, 1937. They had been loaned the Chateau de Candé in the Loire by the American businessman Charles Bedaux. The Rogerses took with them the Lou Viei guest book and recorded the wedding guests and their dates of arrival. There were only 28 names listed including the married couple – others were the society florist Constance Spry (who arranged the flowers), and R. Anderson Jardine (the rebel vicar who officiated at the ceremony without the consent of the Church of England, which was to cost him his job). Cecil Beaton’s photographs of the event show the couple looking rather strained, with forced smiles. 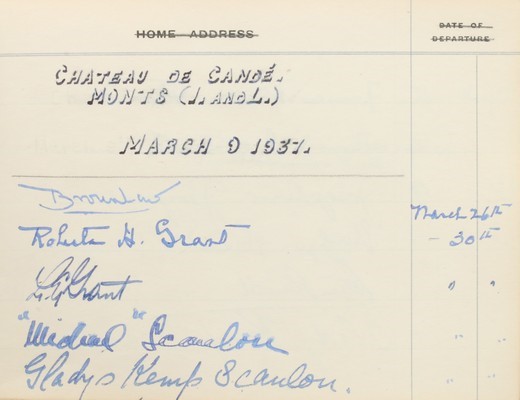 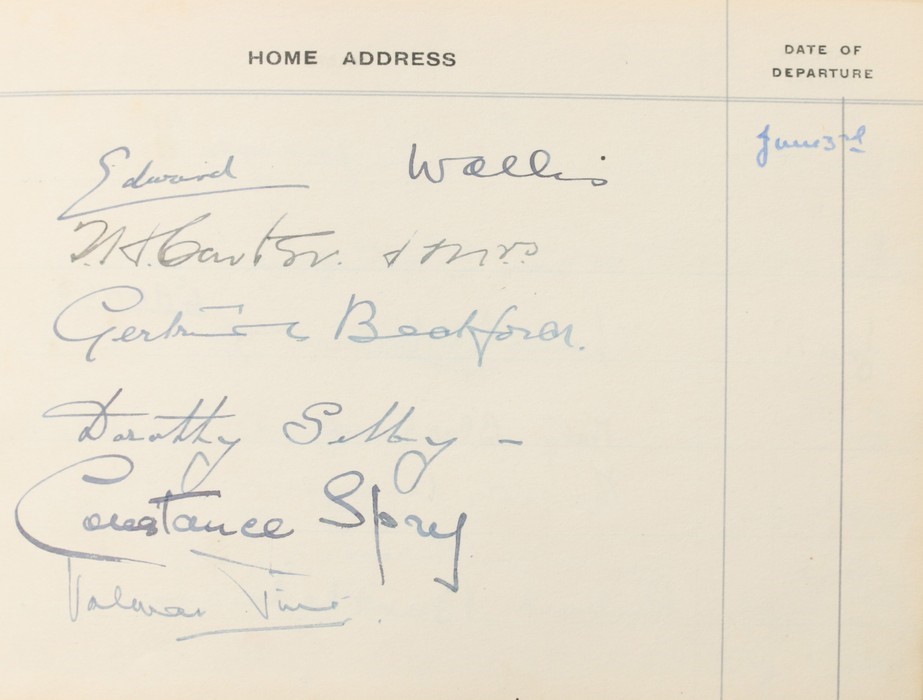 The wedding was a relatively low-key, muted affair. Edward was used to the pomp and ceremony of large Royal occasions, with crowds of flag-waving patriots lining the streets. Most British aristocracy and establishment now shunned the couple and disapproved of the marriage. Poignantly, not one member of the Royal Family attended despite the Duke’s heartfelt pleas. Edward VIII had chosen to follow his own personal desires rather than putting duty and his country first – something that was not to be forgotten or forgiven by the British establishment.

On the wedding day, Herman was given the important role of walking Wallis down the aisle and giving her hand in matrimony. As a token of their gratitude he was presented with a beautiful Cartier sapphire encrusted cigarette case engraved in facsimile of the Duke’s hand with the wedding date and the date Wallis stayed with them during the abdication crisis (lot 205, estimate £20,000-30,000, see below left). Katherine Rogers was given a matching Cartier compact (lot 206, estimate £10,000-20,000, see below right). 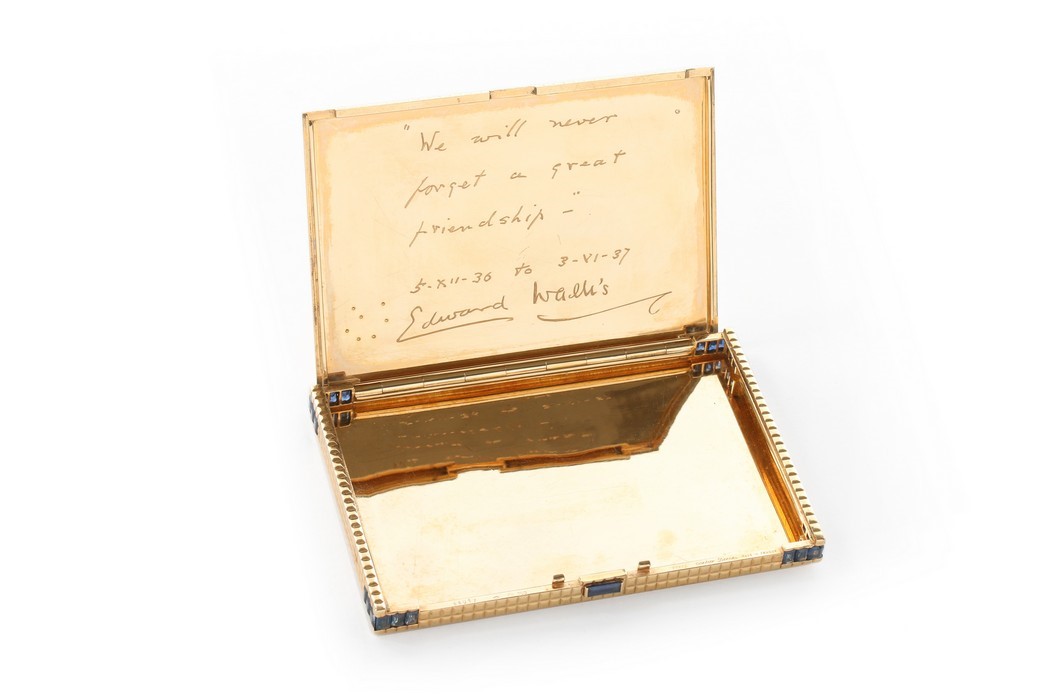 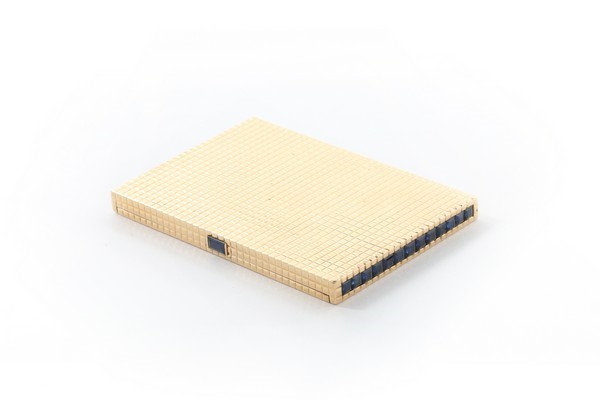 The collection will be sold as part of our ‘Passion or Fashion’ auction, Tuesday June 14th 2016