How to define radical fashion? For me, it's as a major design statement - not merely a garment intended for wear but something more challenging; sometimes thought-provoking or just plain provocative. 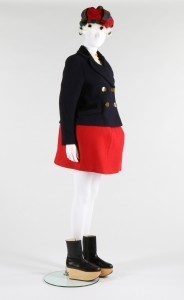 Our ideas of what is ‘radical’ can change with the passage of time. In the late 19th century 'a glimpse of stocking was looked on as something shocking', as the saying goes. By the 1960s, knicker-grazing mini-skirts for women, long hair and flower-power styles for men meant attitudes were tested again. Viewed through today’s eyes we now see these modes as unremarkable – tame almost. Fashions when they first emerged and were seen as radical or shocking, later on often became incorporated into the mainstream, albeit in a watered-down form.The spirit of Westwood/McLaren’s radical slashed and safety-pin adorned punk garments a decade or two later could be seen in Gianni Versace’s seductive couture gilt safety-pin adorned gowns as worn by Liz Hurley, for example. 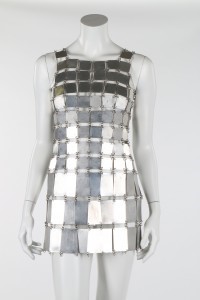 Our December 9th auction is scattered with fabulous jaw-droppingly wonderful examples of radical fashion. These range from metal-plate mini-dresses of the 1960s by Paco Rabanne (pictured above: lot 129, estimate £10,000-18,000) to the cerebral creations of the Japanese designers of the 80s and 90s.

The first question with many of the Japanese garments that come in is ‘which is the front, which is the back and which way up does it go?’ We can spend many happy hours trying to get the ‘bumps’ into the correct places! The Japanese designers Rei Kawakubo, Issey Miyake, Junya Watanabe and Yohji Yamamoto make us question our ideas of beauty. The Japanese fashion group in this sale is one of the best and most interesting selections ever to come onto the market. 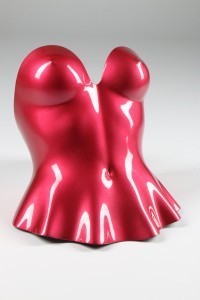 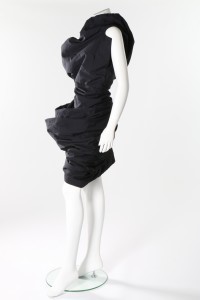 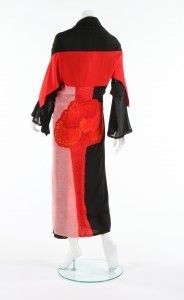