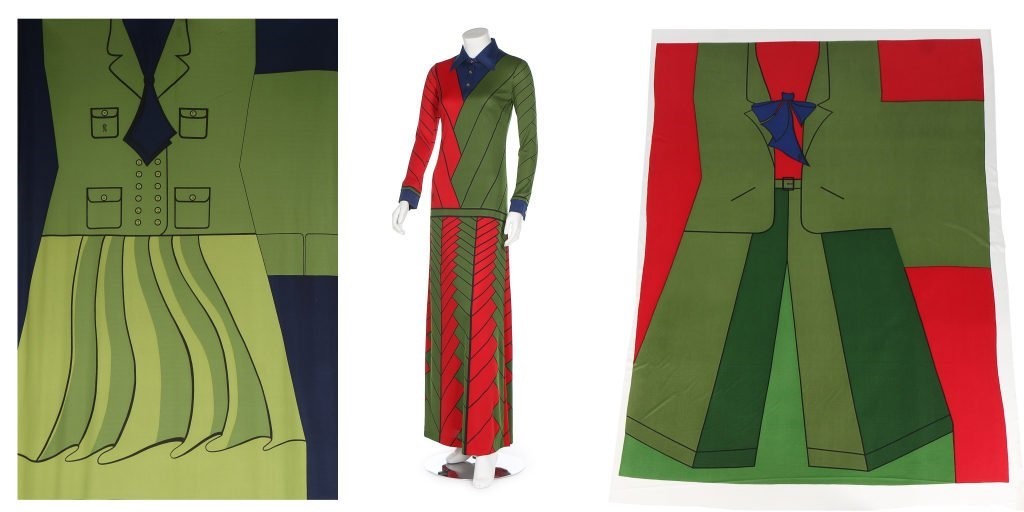 Yesterday’s auction was something of a blockbuster. I was on the rostrum for 7 ½ hours, with just a half our break as the morning session segued into the afternoon session due to the high number of bids. The sale made 100k over the top estimate with just a handful of unsold lots.

Textiles performed strongly. The highest price of the day was lot 465, the early 18th century Indian hand painted cotton Palampore panel. Although early and beautiful it had tears and splits, with repairs by zig-zag machine stiches. However, it is still of museum quality (an identical panel resides in the V&A) and a flurry of bids via phone, internet and in the run pushed it to the highest price of the day £17,000 hammer. 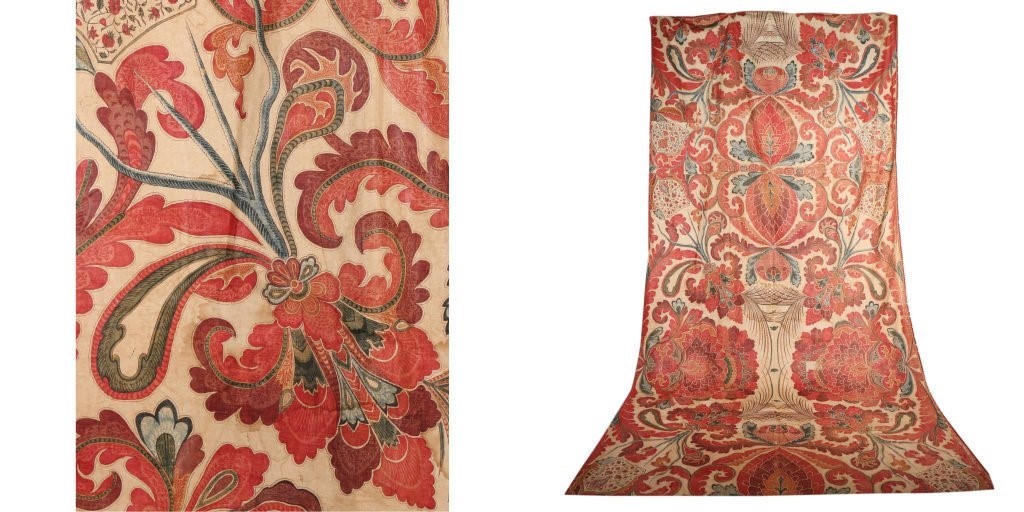 The Marta and Maurice Clare collection of shawls attracted strong interest worldwide, with a full bank of telephone bidders fully occupied, fierce online bidding, as well as people in the room. The two earliest, exquisitely-woven Indian examples smashed their estimates to sell for £3800 (459) and £2200 (444). A few of the rarer European shawls did well, for example lot 461, Frederic Hebert shawl section, 1839, £2200, but they still remain something of a bargain in the current market and haven’t reached their 1980s price levels, so they might be a good thing to collect... 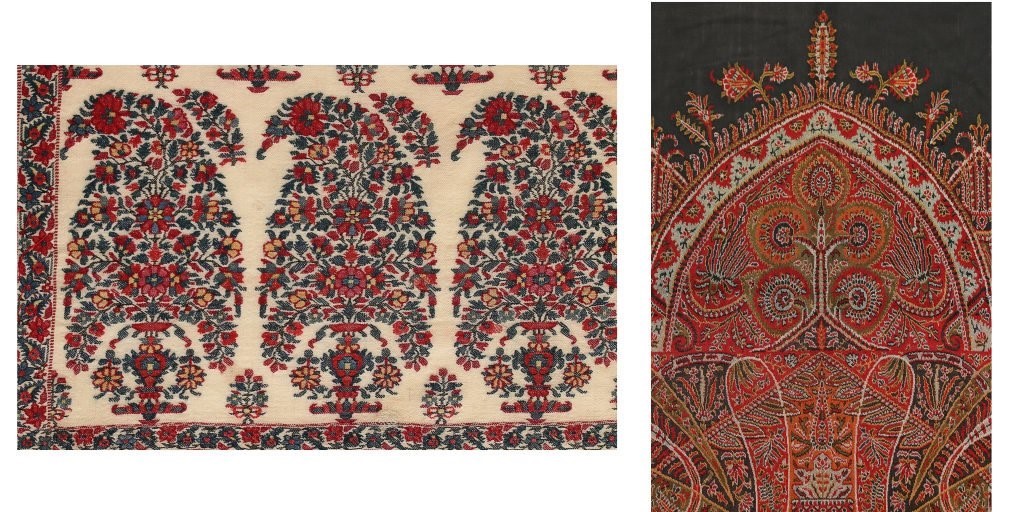 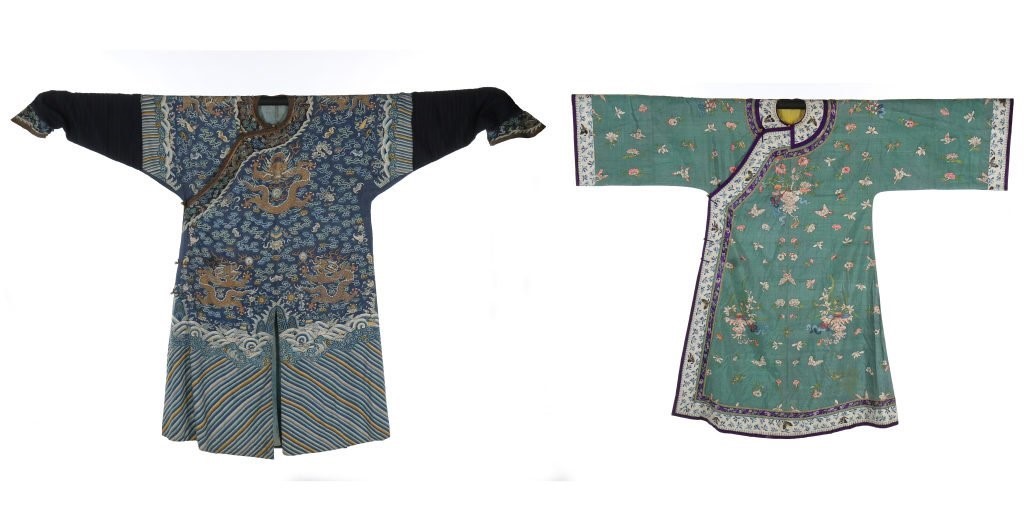 Antique and vintage fashion sold strongly throughout with an increase in demand for Pierre Balmain haute couture in particular. Known for his exquisite embroidered gowns and use of the finest materials, his creations have historically not performed as strongly as Balenciaga or Dior for example. Yesterday that changed and  some of his simpler, albeit later pieces did extremely well. Lot 215 – a printed organdie dress of 1967 (in need of conservation) sold for £5500; an understated, elegant black velvet cocktail dress with bolero jacket, late 50s made £5500; and a printed organza evening dress with target prints, 1972 (my favourite of the three) sold for £4000. 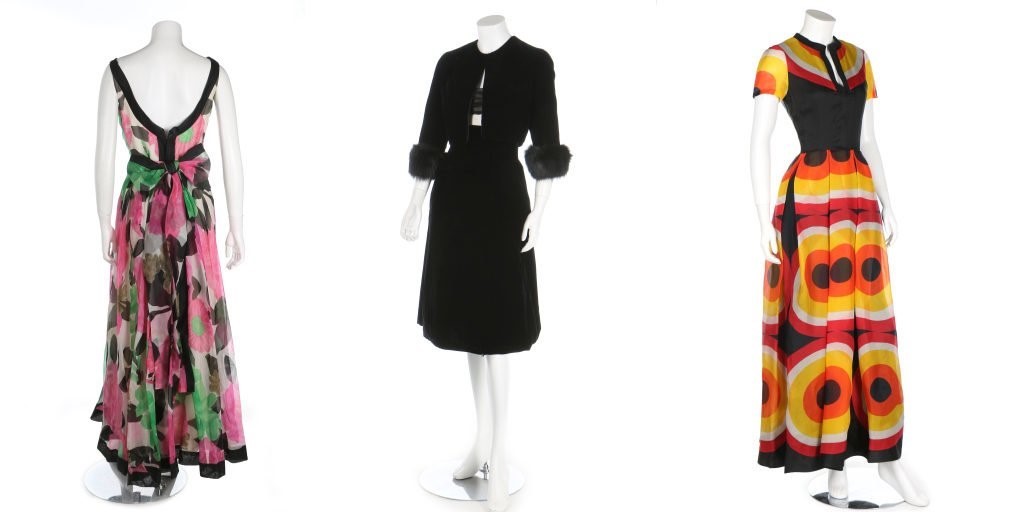 Roberta di Camerino printed uncut garment panels and completed dresses with trompe l’oeil design caused a buzz, with one collector in the room determined to take them all home, much to the despair of other bidders (lots 65-75).

Above: a selection of Roberta di Camerino pieces which were fought over in the saleroom, selling in the region of £1,200-2,600

We are currently accepting entries for our fine Passion for Fashion auction on December 10th, so if you have something rare, exquisite, beautiful or interesting, do get in touch?