At the unusually early age of 13, Celia qualified for Salford Art School, where she studied textiles and learned to make and print her own fabrics. It was in Manchester in 1959 that she first met her husband-to-be Ossie Clark who was studying fashion at the Regional College of Art. Celia moved to London in 1961 and Ossie followed her to study fashion at the Royal College of Art in 1962. In Vogue August 1965, whilst still at the college, he was featured as a rising star. Ossie and Celia’s first commercial design collaboration began in 1965 at ‘Quorum’ – Alice Pollock’s trendy boutique in Chelsea. Ossie joined Quorum as designer and partner and Alice commissioned Celia to design a fabric range for the shop. The combination of Ossie’s cutting skills with Celia’s colourful prints were an instant success. Celia became his muse as well as colleague and in 1969 they were married. 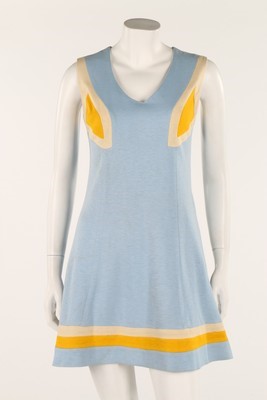 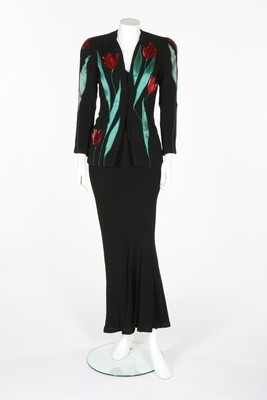 David Hockney was a close friend and regular guest at their home. She appears in numerous Hockney paintings, sketches and photographs wearing many of the clothes included in this sale – the most famous of all being the black and red moss crepe dress seen in  ‘Mr & Mrs Clark & Percy’ (lot 165). 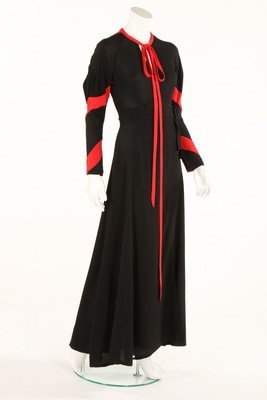 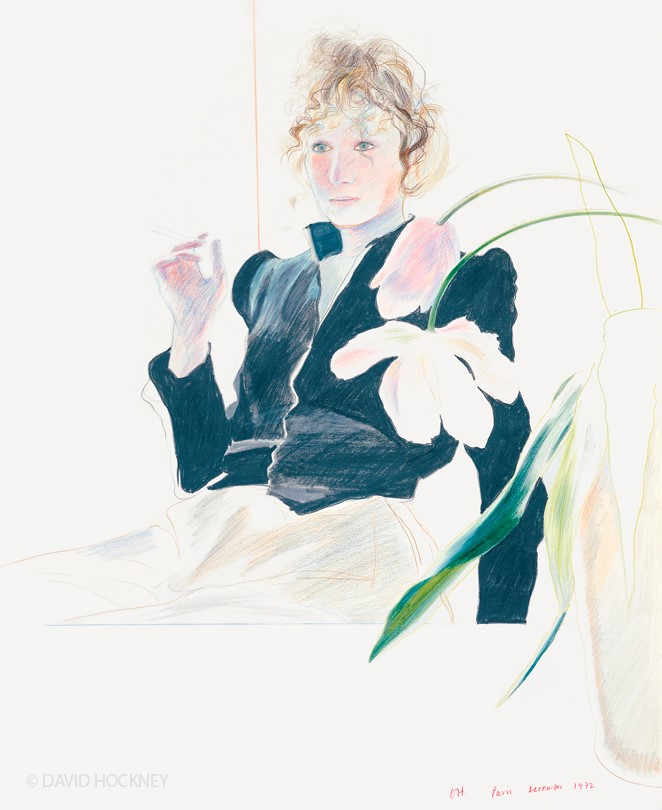 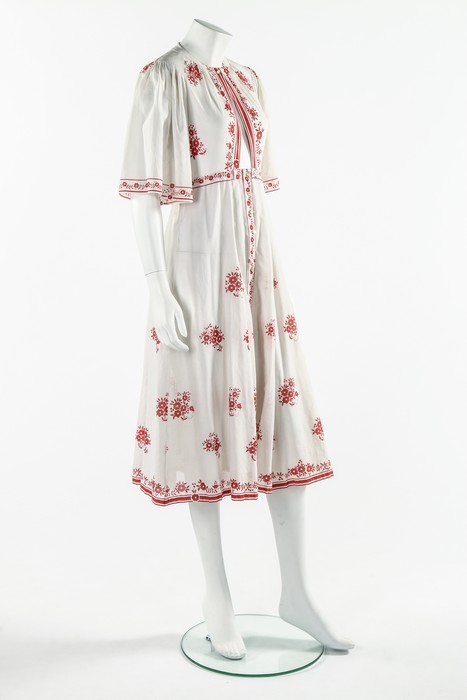 In 2003, the Victoria & Albert Museum organized a major retrospective exhibition of Ossie Clark and Celia Birtwell’s work. Many of the garments in this auction were featured in that exhibition and were also reproduced in Judith Clark’s book ‘Ossie Clark 1965-74’ and Celia’s own book ‘Celia Birtwell’ published by Quadrille.

On selling the collection, Celia says ‘The whole point of this auction is to show how wonderful Ossie was, what a brilliant cutter he was, and so unique in every sense of the word. No one can make clothes like he did. I loved wearing his clothes, and I loved the comments I received over the years when I wore them – it’s quite emotional for me. I feel it is the right time to do something like this’.