Kerry Taylor Auctions are delighted to include the collection of the late Renate Hirsch Giacomuzzi in our upcoming 18th June ‘Passion for Fashion’ auction. 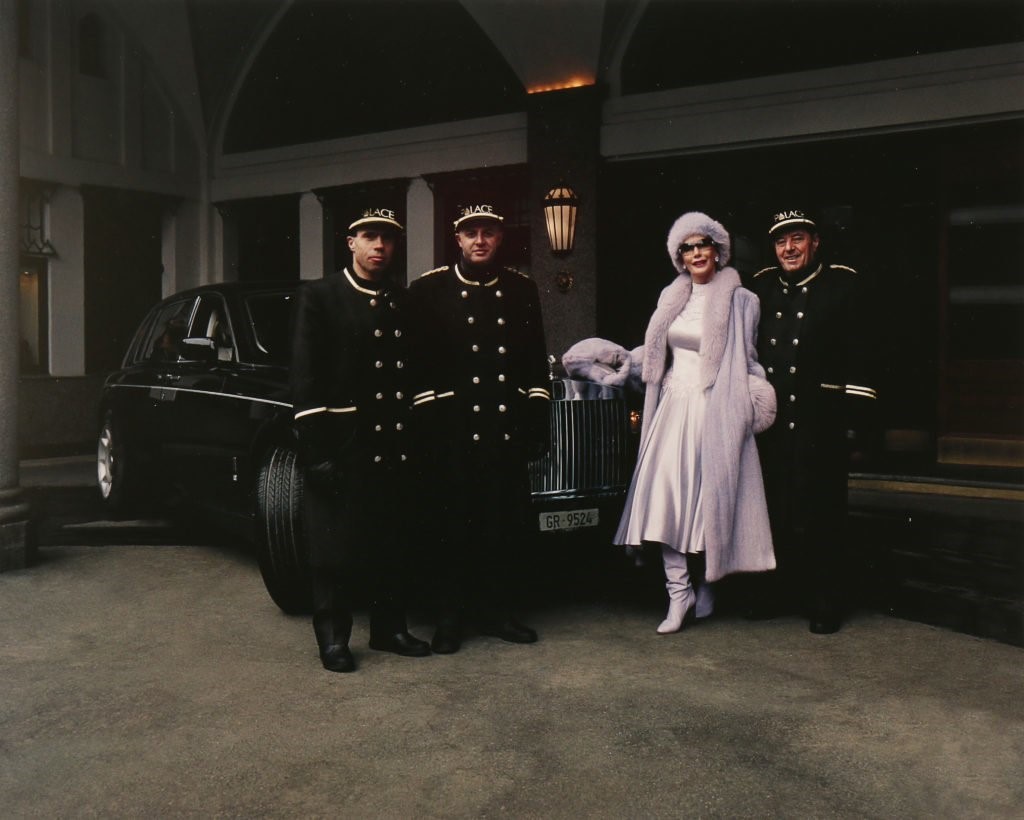 A renowned beauty and enigmatic fixture on the front row of the couture shows of the 1990s, Madame Hirsch Giacomuzzi was featured extensively in the German and Italian press during her lifetime and became recognised for her eccentric and unique sense of style. The daughter of German textile manufacturers, her love of fashion was ignited from an early age. She went on to marry multi-millionaire Giovanni Giacomuzzi and resided in Bolzano, Italy.

With an unwavering devotion to girlish glamour and the ‘fairytale princess’ aesthetic, she joyfully blended chic with camp. Never to be seen in ‘regular’ clothes, in her day-to-day life she dressed as extravagantly as she did for a cocktail party. In 2009, she became the focus of a year-long project by photographer Brigitte Neidermair, who captured her at key moments - seeing her as a ‘prima donna starring in her own personal soap opera’ (Cesare Maria Cunaccia, ‘Enigma Renate’, 2010). 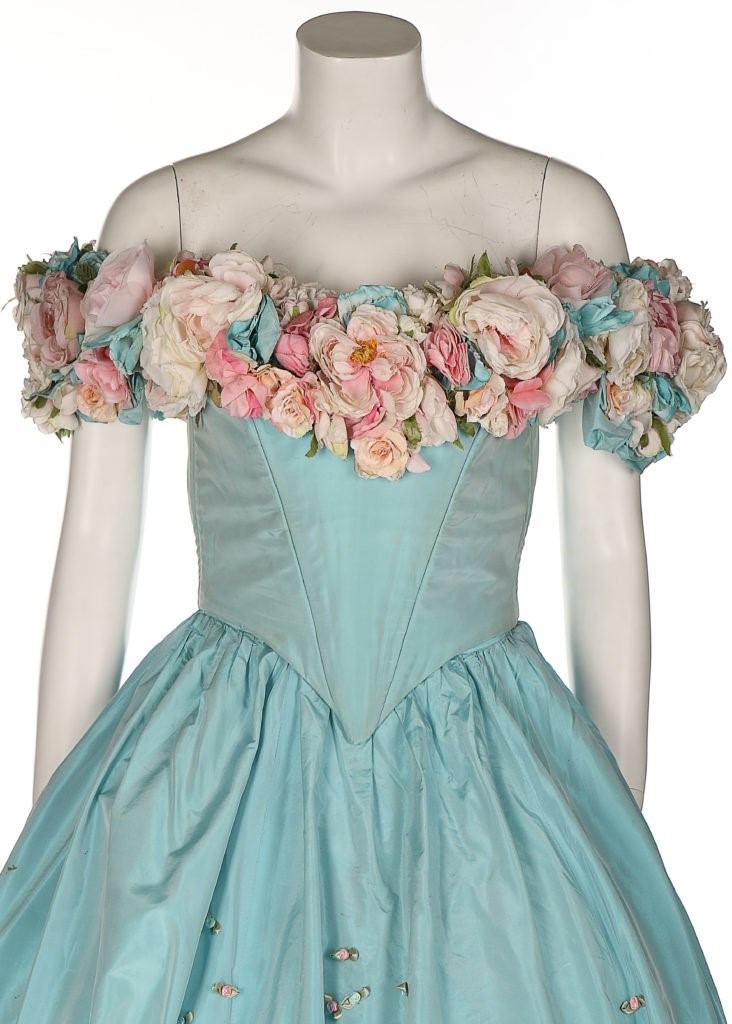 Despite being an admirer and occasional acquirer of haute couture, Renate preferred to concoct her own fantastical designs, which were brought to life by her personal dressmakers. The result: corseted ballgowns spangled with Swarovski crystals, romantic dresses in pastel shades blooming with silk flowers; every outfit accessorised with bespoke picture hats, white gloves and Charles Jourdan satin shoes with clutch bags dyed to match. She adored colour. In a room full to the brim of clothes, only one item was black -  a rich velvet ballgown spangled with stars and moons, worn to the Vienna Opera Ball, an event she attended annually. She designed a spectacular gown for the event each year, which she always accessorised with Harry Winston jewels– a vision with her bright scarlet lipstick and blonde tresses.

Together with her beloved son Leander, she travelled the world attending parties in Las Vegas and fashion shows in Paris (always staying at The Ritz), mingling along the way with stars and nobility such as Mick Jagger and Prince Charles. In fact, by 1994, 12-year-old Leander, in his custom brightly-coloured blazers and sequinned waistcoats, stole much of the limelight - becoming known on the fashion circuit and in the media as ‘Couture Boy’. With his angelic looks, he would glide effortlessly past security at every show to eagerly have his photo taken alongside the supermodels (his favourite was Claudia Schiffer), who knew him on a first name basis. When asked by reporters his opinion of the shows the school boy sagely replied, ‘Sexy is difficult this season. There was not enough glamour at Versace this time’. In French Vogue, September 1994, the duo were given a full page, pictured sitting impeccably dressed, front row at the haute couture. 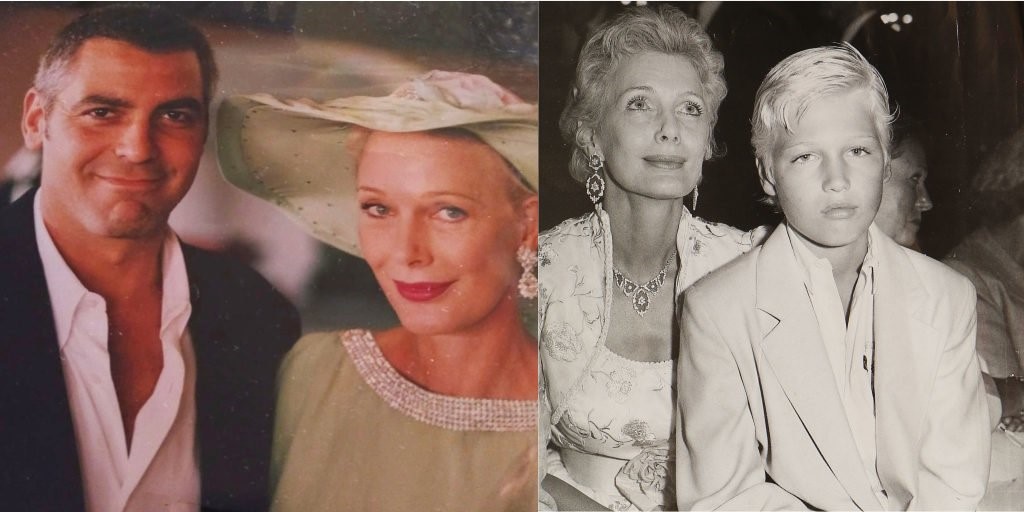 Left: Renate wearing part of lot 45, in the company of George Clooney. Right: Renate and Leander on the front row, pictured in French Vogue, September 1994

Also included in this auction is Renate’s twenty-piece collection of monogrammed Louis Vuitton luggage, which travelled with her around the world, spending winters in St. Moritz and summers in Venice. There are classic, timeless pieces by Chanel and an exceptional jewel-encrusted Atelier Versace silk ensemble. Her love of luxury is also illustrated by her collection of fabulous furs in a rainbow of colours. Even her ski-suits were scattered with shimmering ‘jewels’. 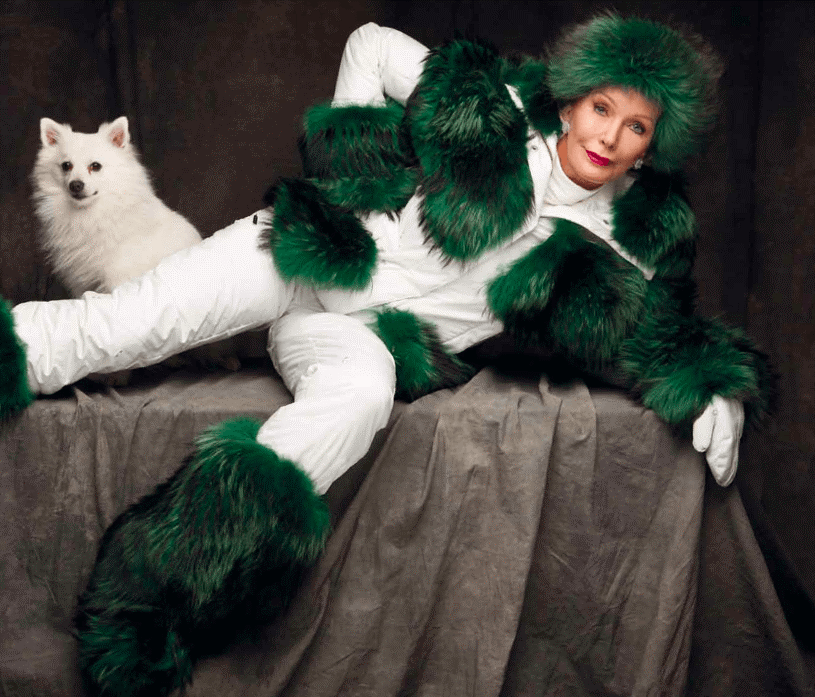 Renate’s own designs make this collection so unique. Despite having access to the finest couture in the world and being under the constant, conservative gaze of high society, she chose to dress entirely as she pleased - turning heads and cameras wherever she went. Hers was truly a life lived in fashion – which she did joyously and to the full. 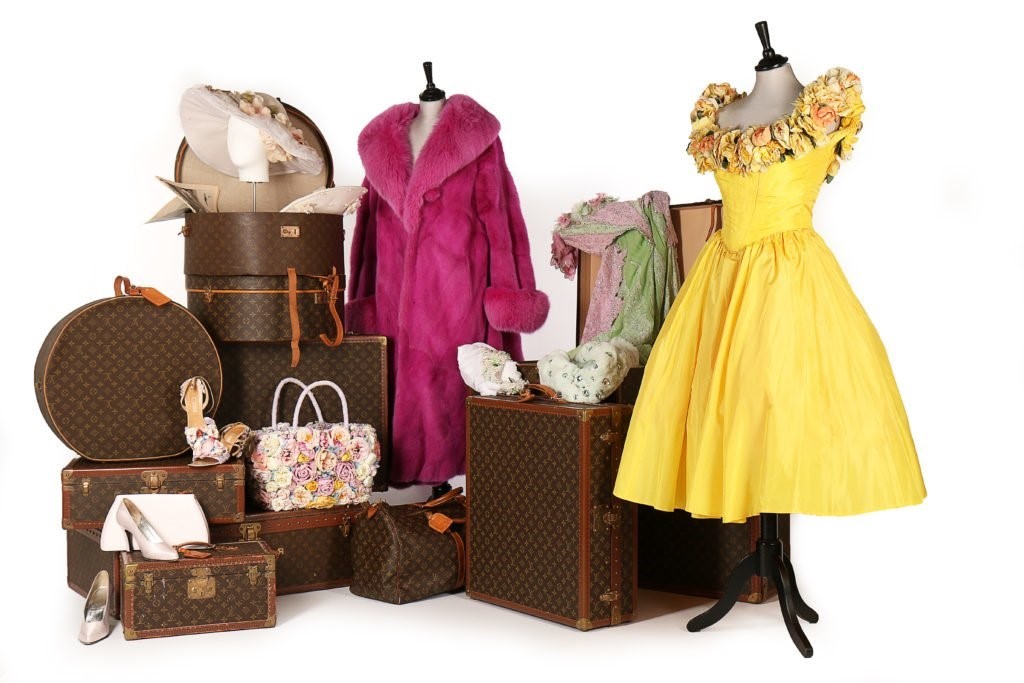