Men’s fashion rarely gets the spotlight it deserves, so it is with great pleasure that we announce the sale of the wardrobe of John Hind (1954-1995), former Creative Director of British Vogue.

John graduated from the Royal College of Art with a degree in Graphic Design in 1979. As Creative Director, he worked alongside Beatrix Miller, Anna Wintour and Liz Tilberis, collaborating with the most prominent fashion photographers of the time including: Lord Snowdon, David Bailey, Herb Ritts and Michel Haddi, among others. He left Vogue in 1992 and went on to develop a freelance career which was sadly cut short by his premature death in 1995. With his dashing good looks and eye for design, John was the epitome of the fashionable, debonaire man of the late 1980s-early 1990s. The ensembles in this collection date to circa 1990, when he was working at Vogue. They are a snapshot of those fleeting years: the bright, ostentatious colours of Gianni Versace and the leather cool of Claude Montana begin to give way to the refined elegance of Richard James and the softer, muted earth tones and gentle tailoring of Giorgio Armani. 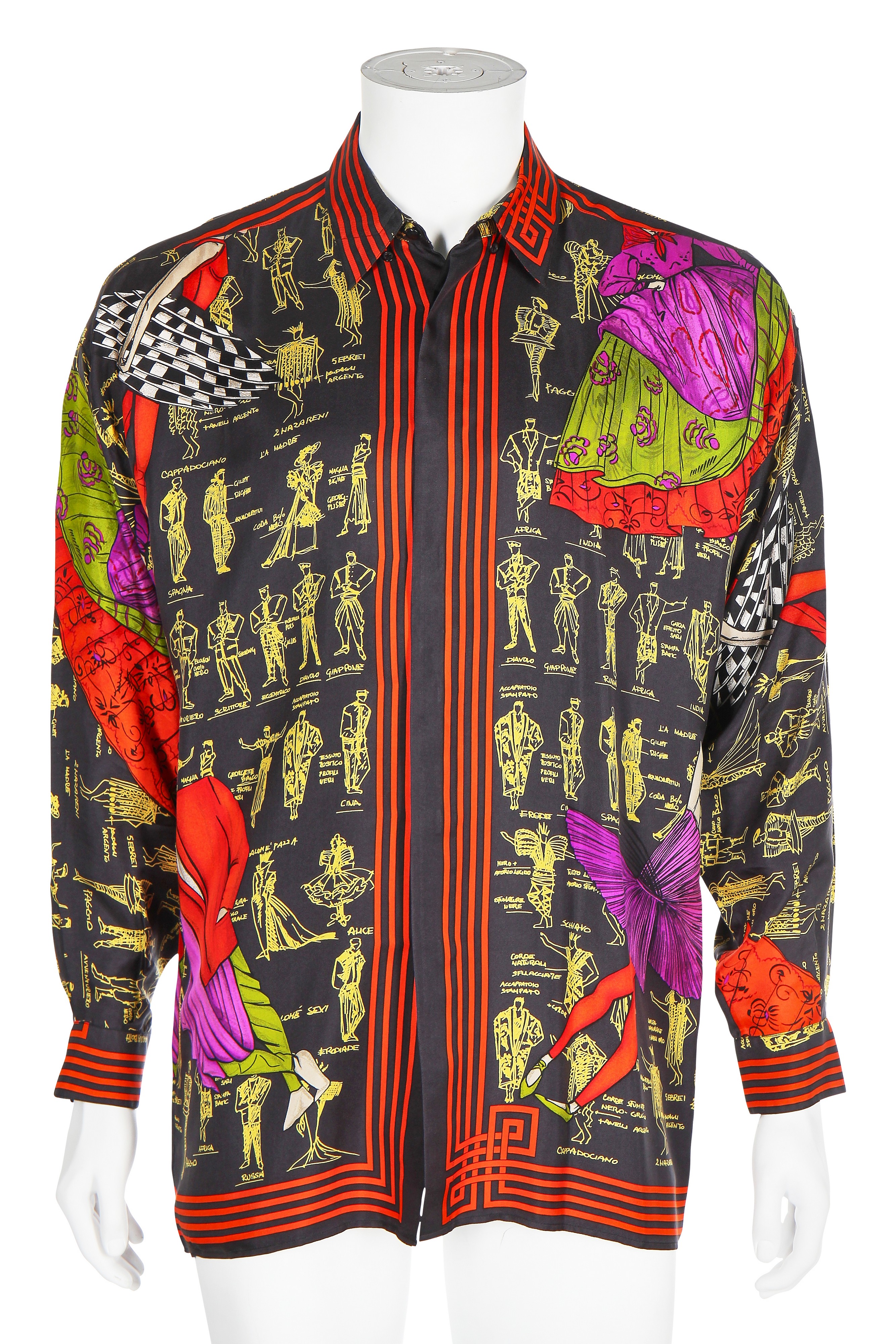 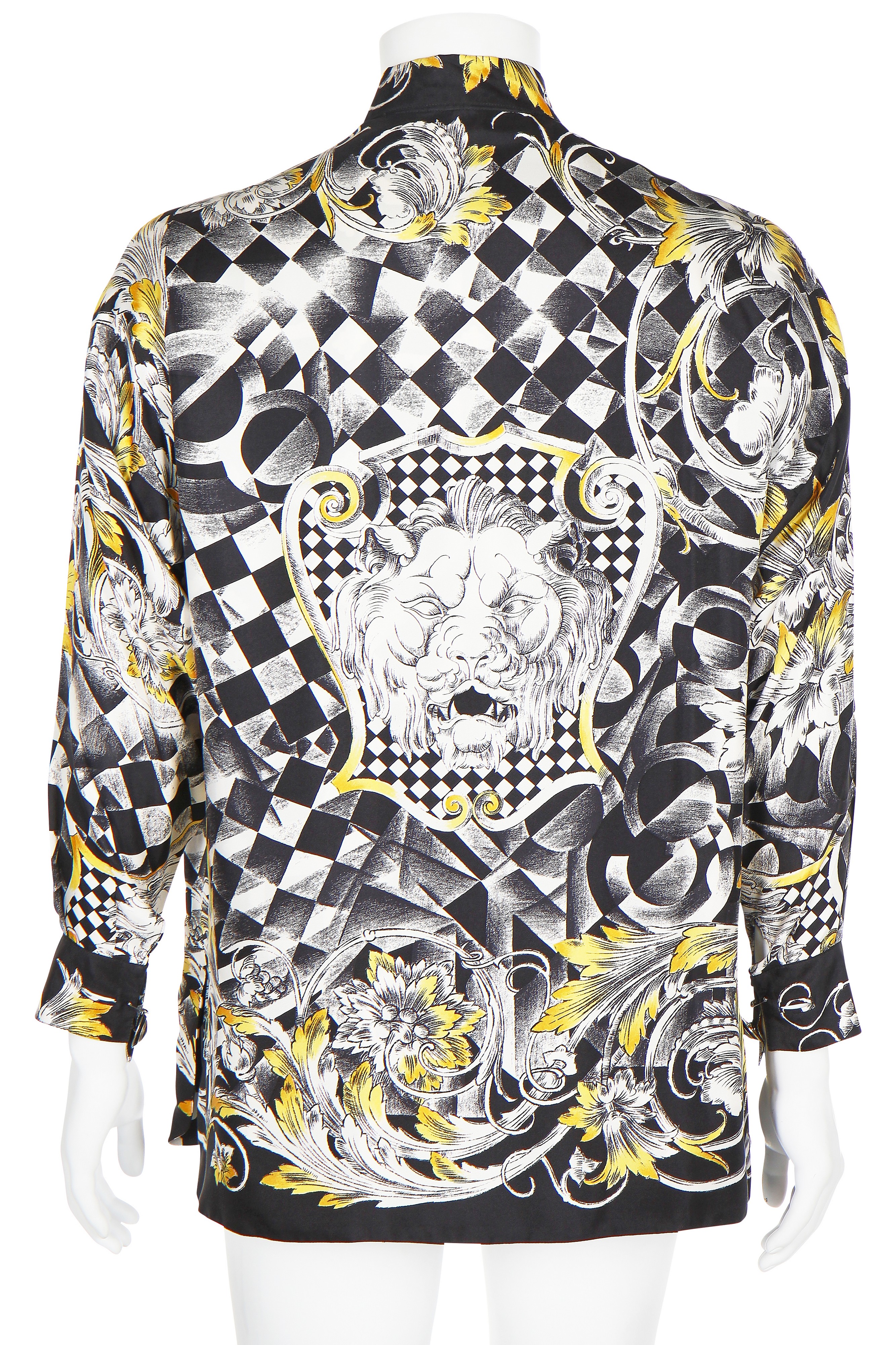 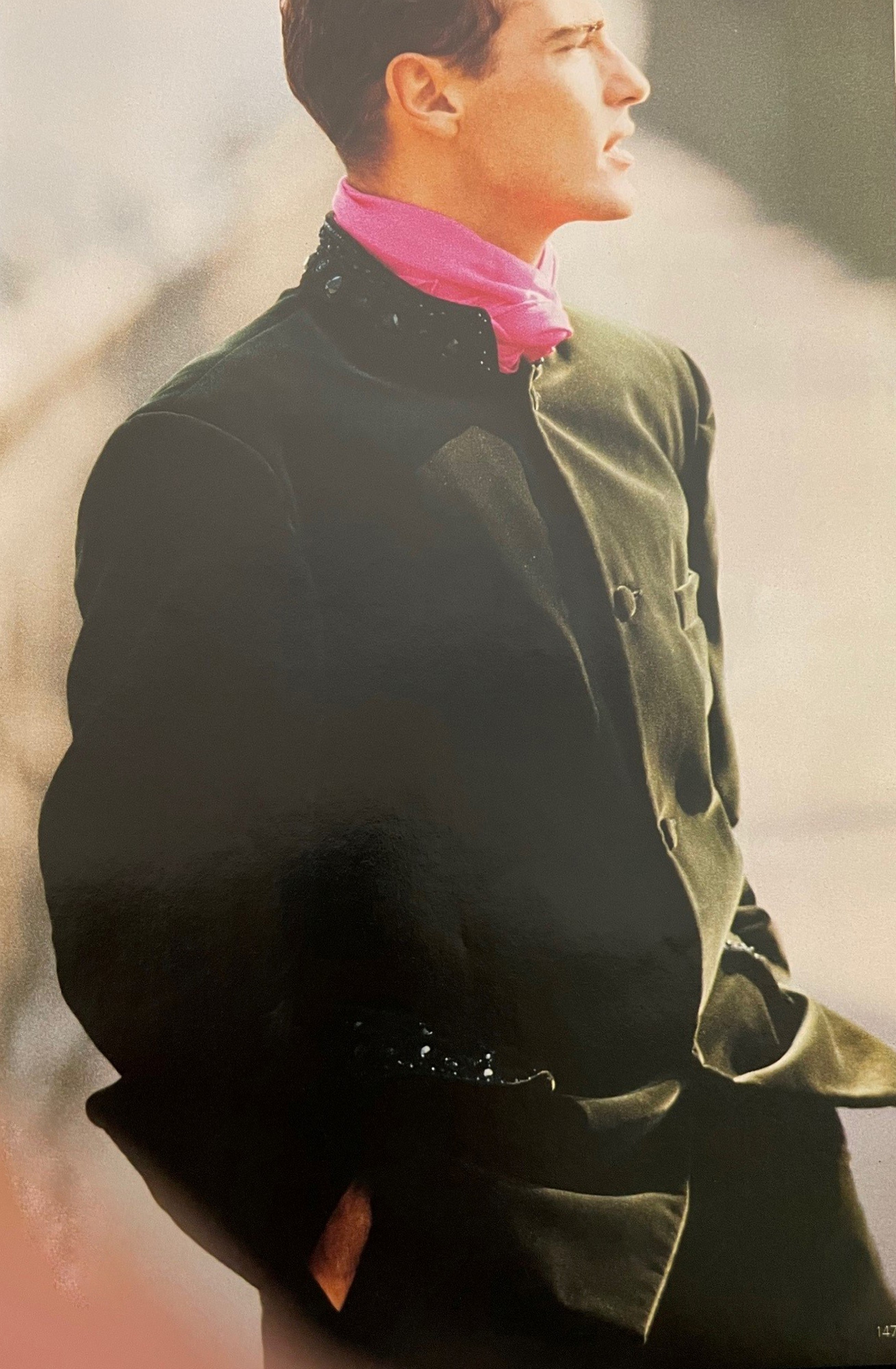 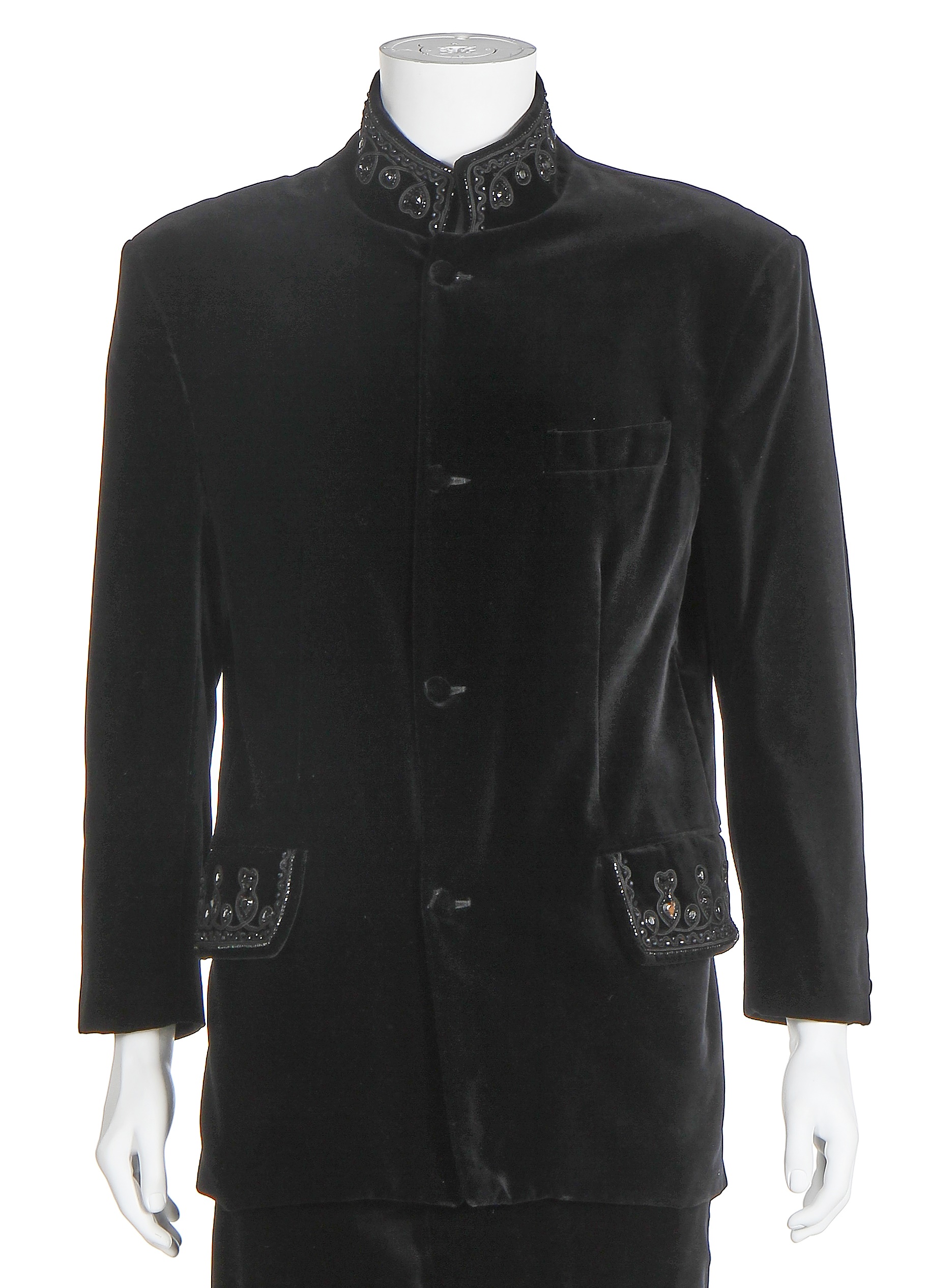 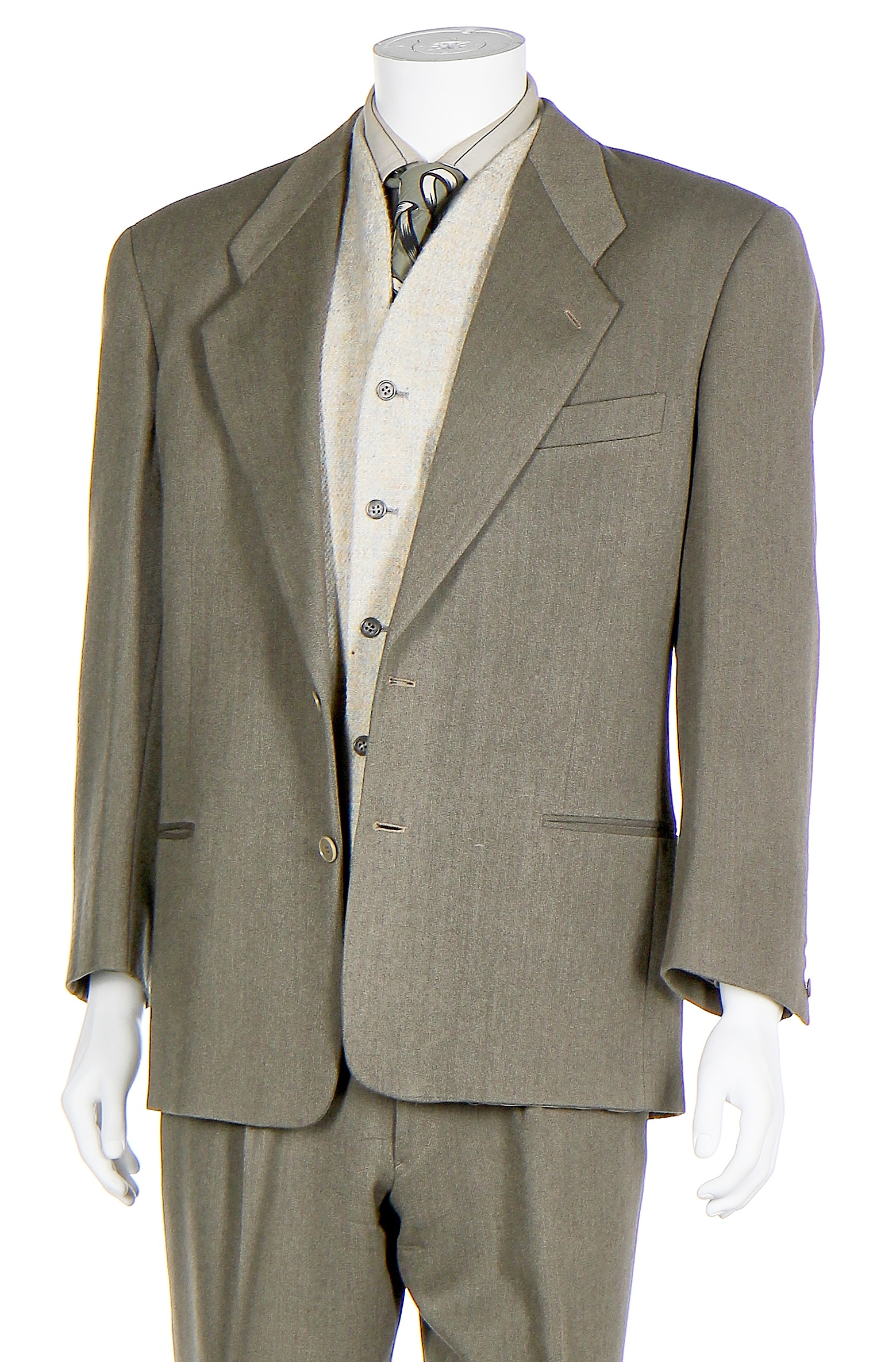 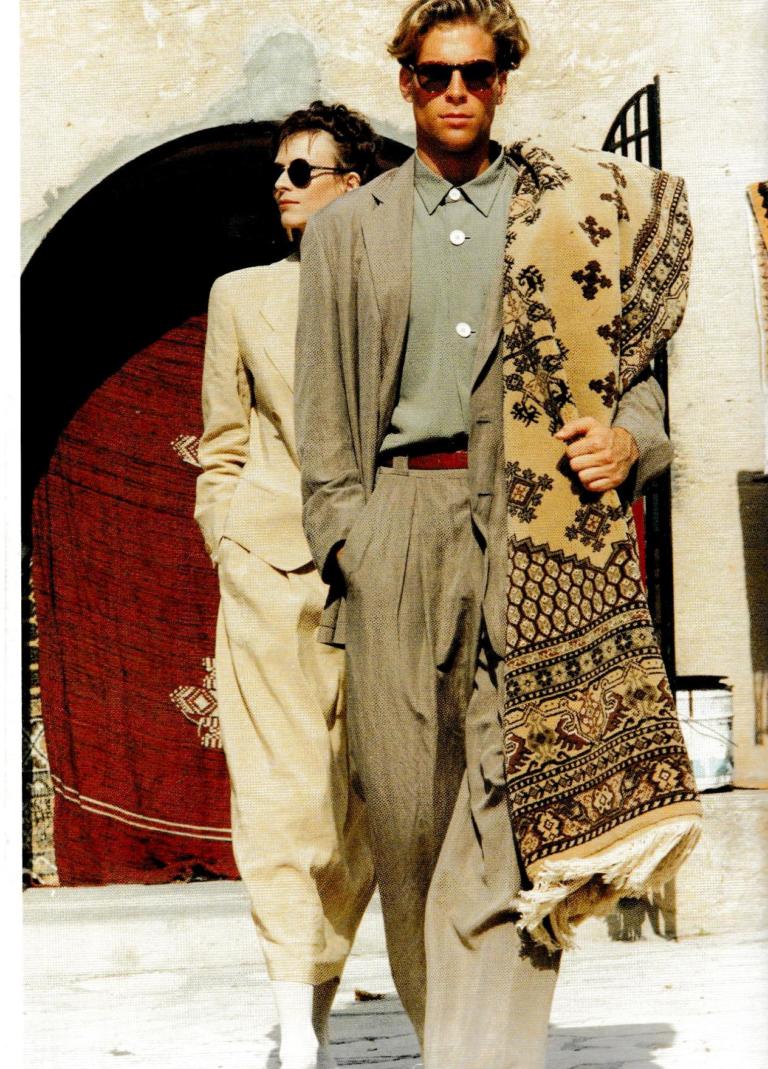 Renowned British designer Richard James was a favourite of John’s, and the collection features rare, extremely early examples of his work which, interestingly, pre-date the brand’s official establishment on Savile Row in 1992 - the exuberance of the 1980s can still be seen lingering in his designs. Several pieces are from the ‘Cecil Beaton’ collection, Spring-Summer 1990, which was shown at the Opéra Comique in Paris. A photo featured in the December 1989 issue of British Vogue shows James taking his bow on the runway, smiling and clutching a bouquet of sunflowers, flanked by models: one wearing a yellow silk ‘watermelon’ waistcoat (part lot 91), the other a ‘lobster’ shirt inspired by Elsa Schiaparelli & Salvador Dali’s design from 1937 – famously worn by Wallis Simpson and photographed by Cecil Beaton (part lot 86). 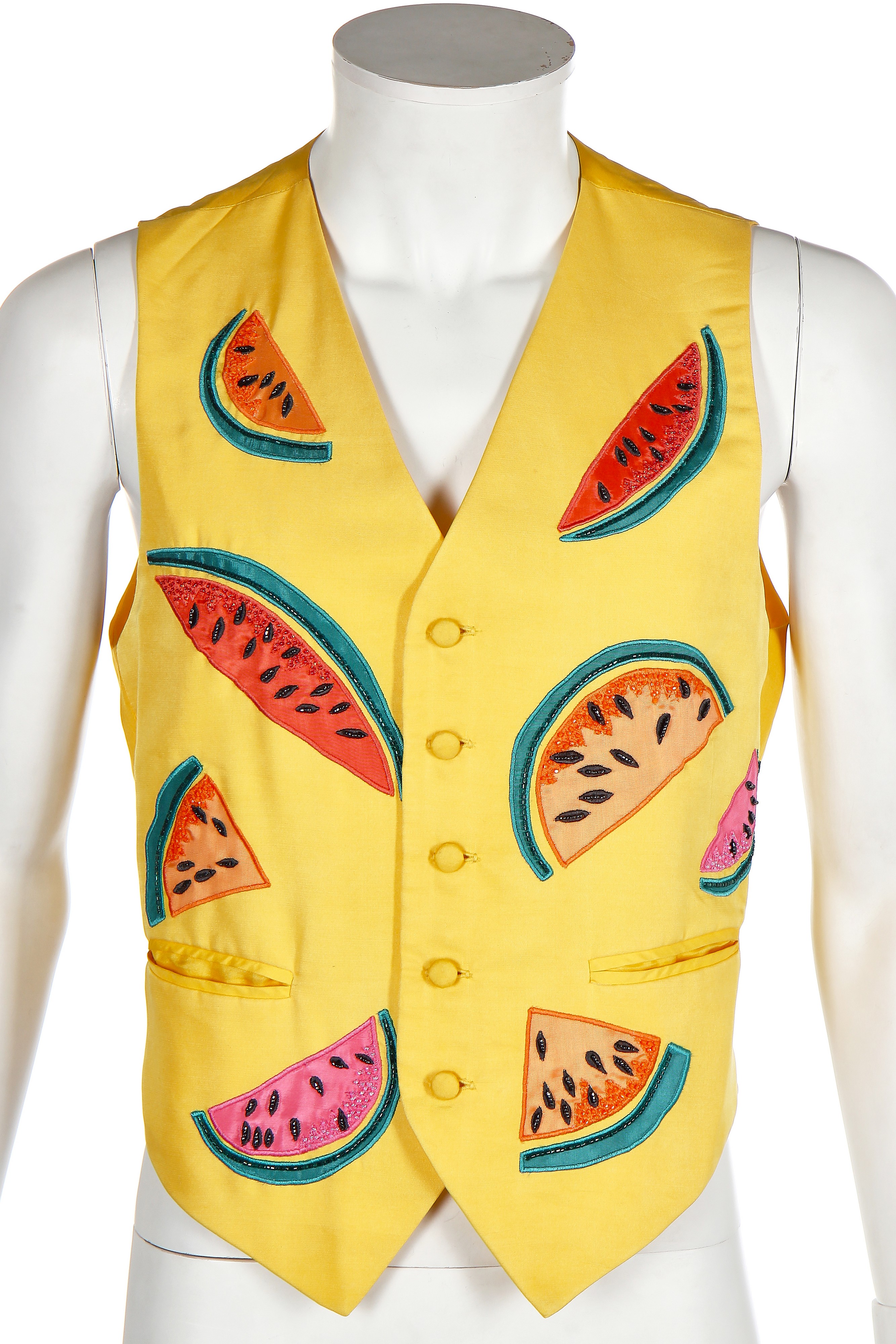 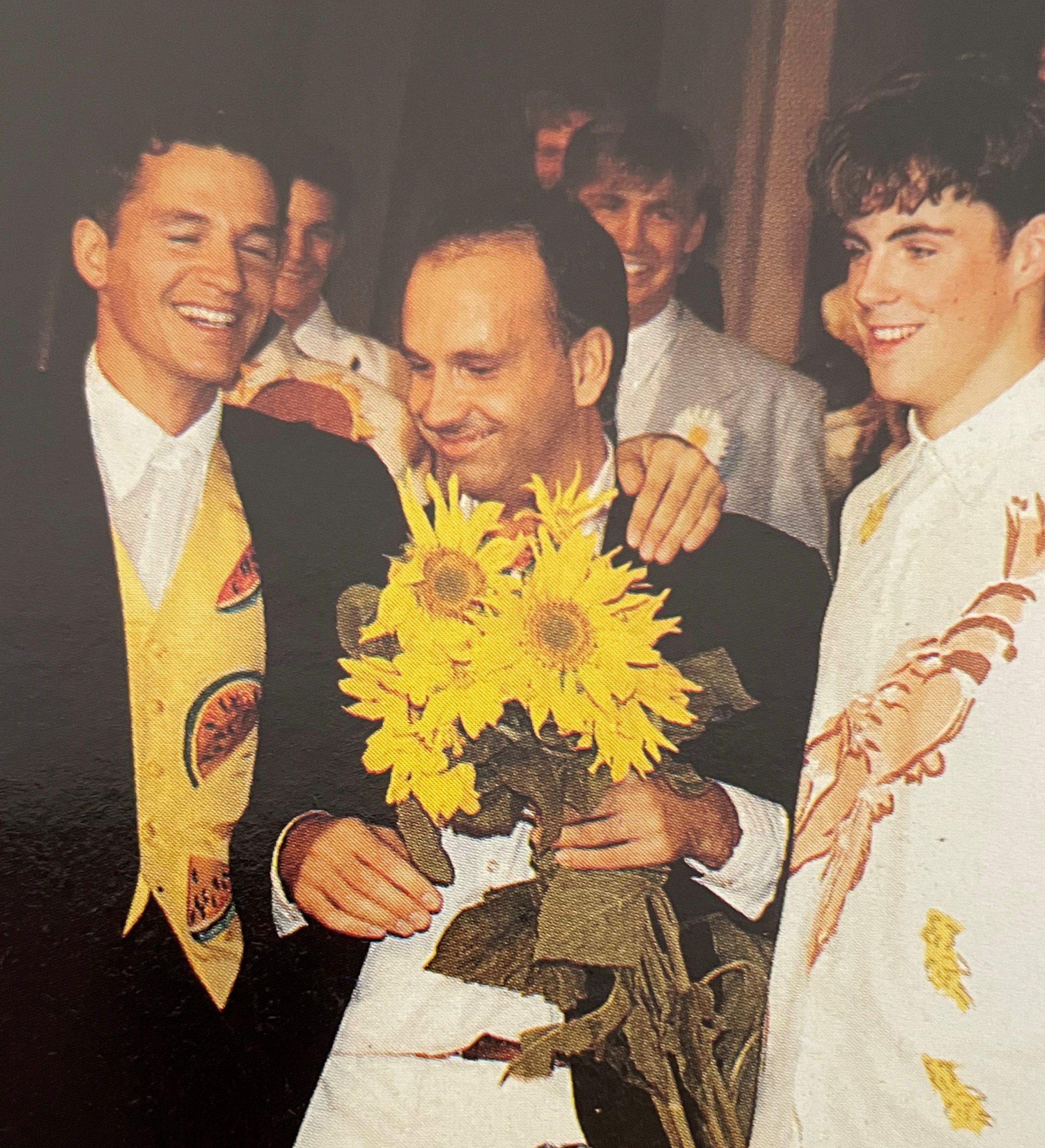 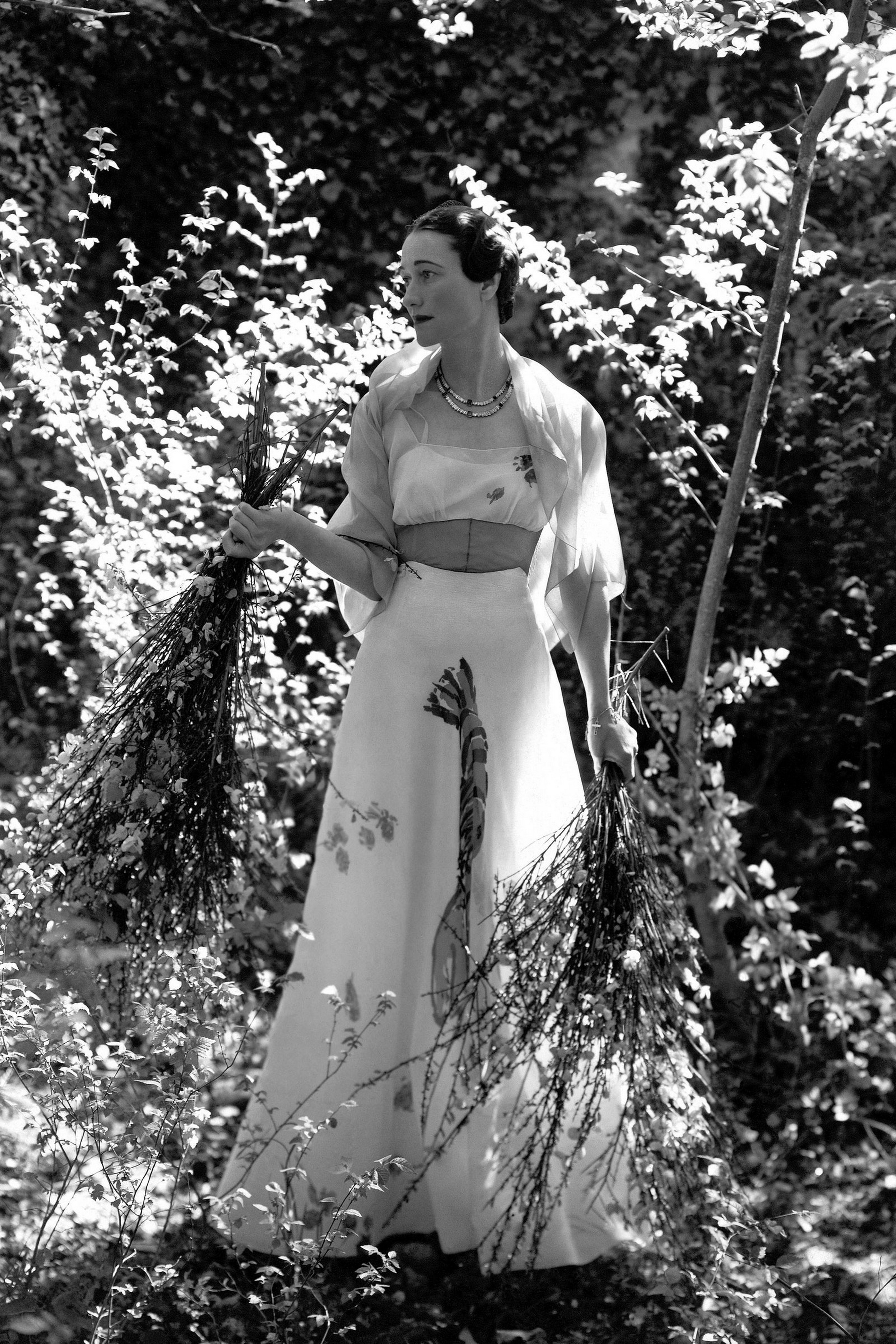 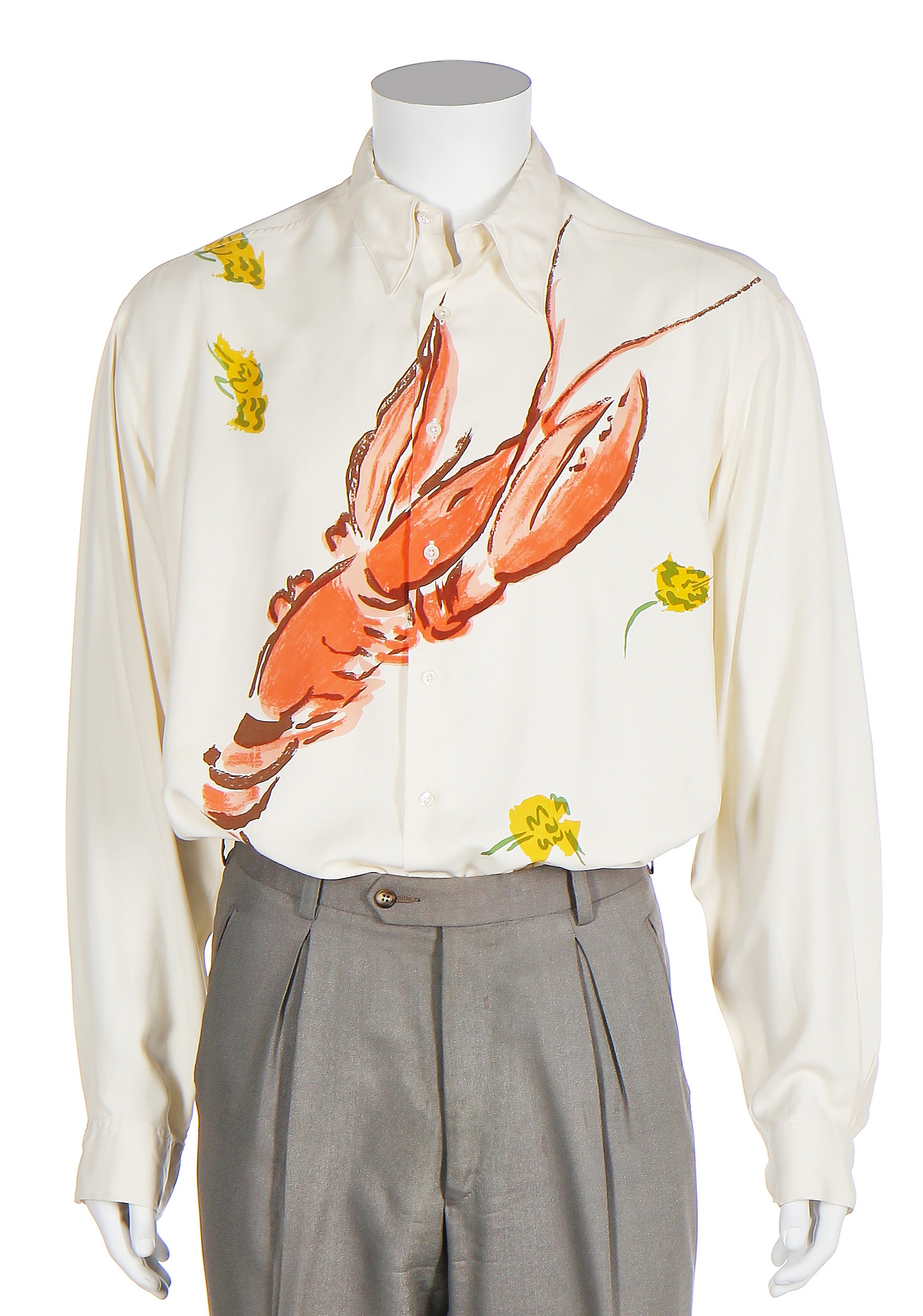 The collection drew inspiration from Beaton’s personal style, and perhaps the most eye-catching of these pieces is the sky-blue silk-blend jacket with meandering rose-briar blooming across the shoulders. This piece showcases the signature slim-line silhouette, bold use of colour and playfulness which are synonymous with Richard James. 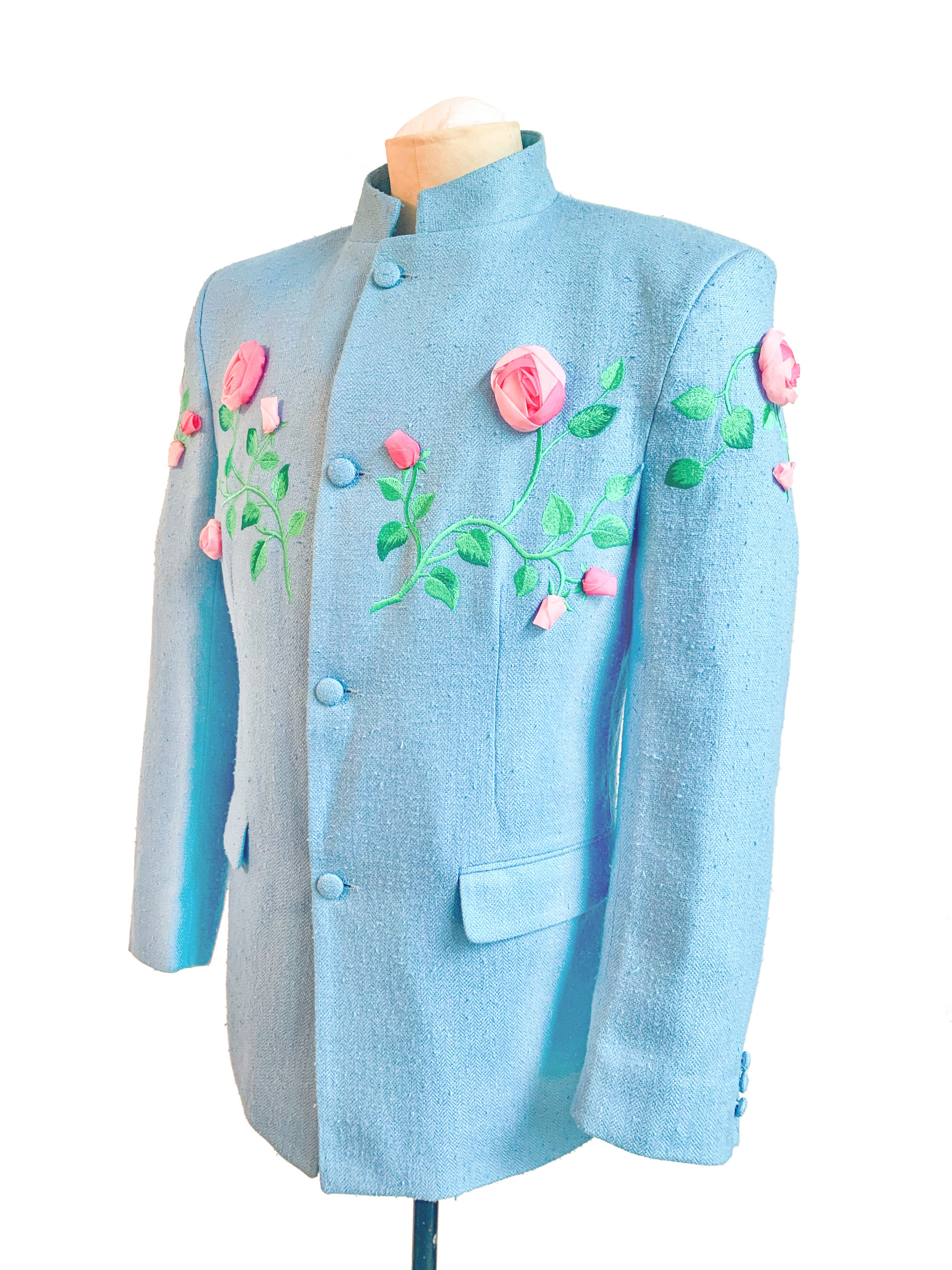 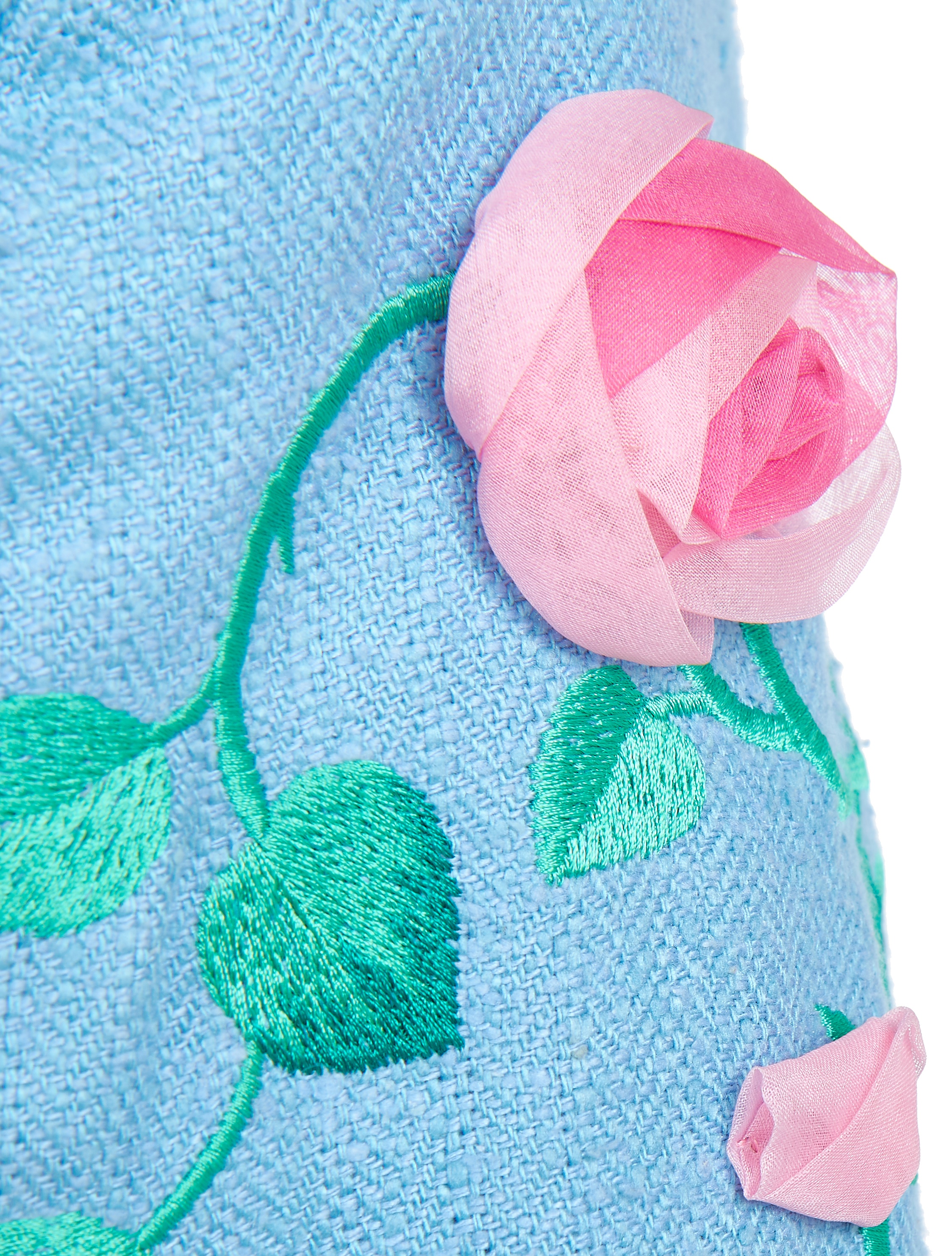 An identical jacket (but in a different colourway) is held in the Victoria & Albert Museum and was exhibited in ‘The Cutting Edge: Fifty Years of British Fashion’, March 1997. The romantic design was inspired by Beaton’s own 18th-century and surrealist-style fancy dress jacket (also held in the V&A) which he wore to attend a ‘fête champêtre’ hosted at his country house, Ashcombe, in 1937. There he was photographed by Gordon Anthony, gazing into a flower-framed mirror with a rabbit mask on the back of his head. For the 1997 exhibition, both jackets were displayed side by side. 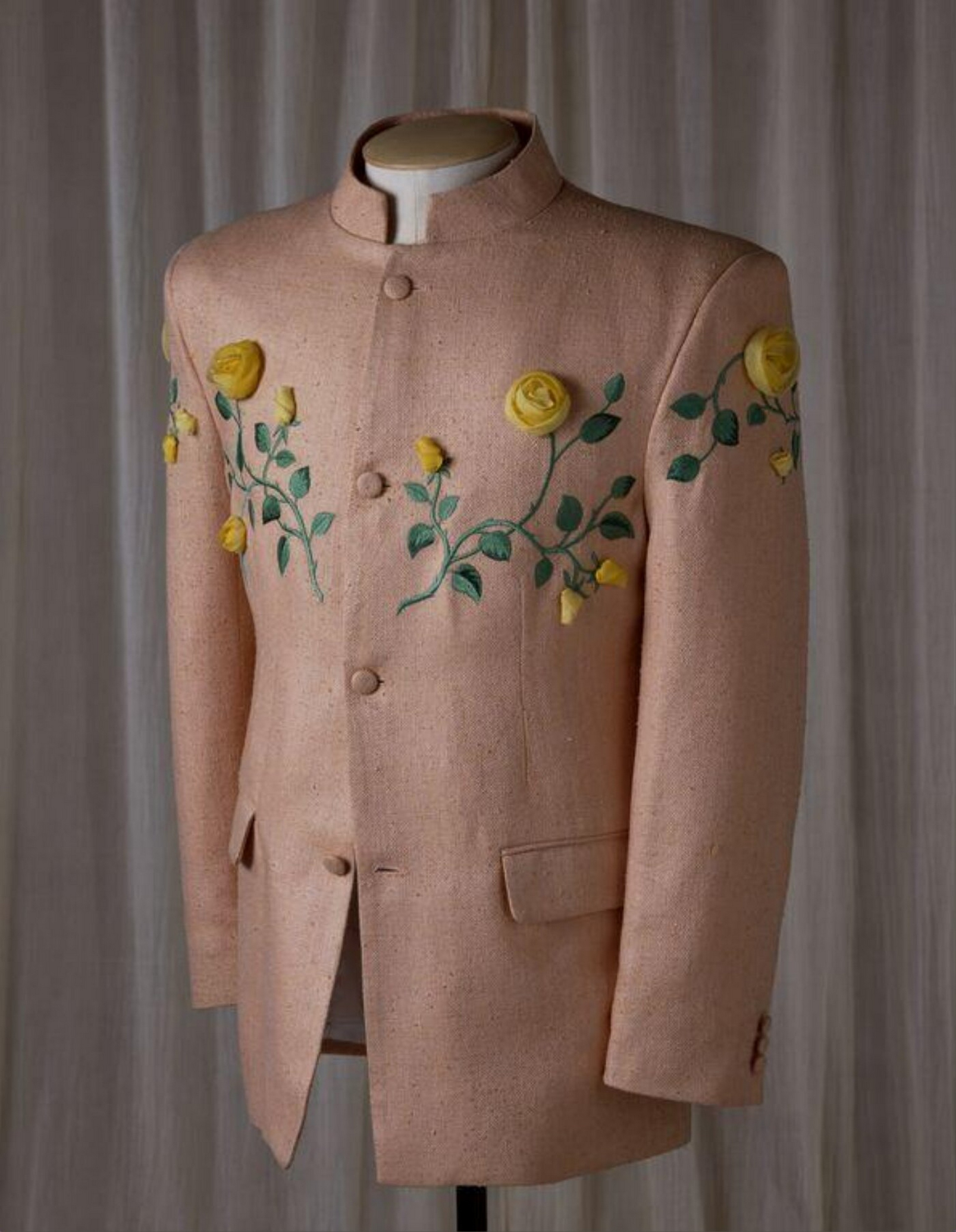 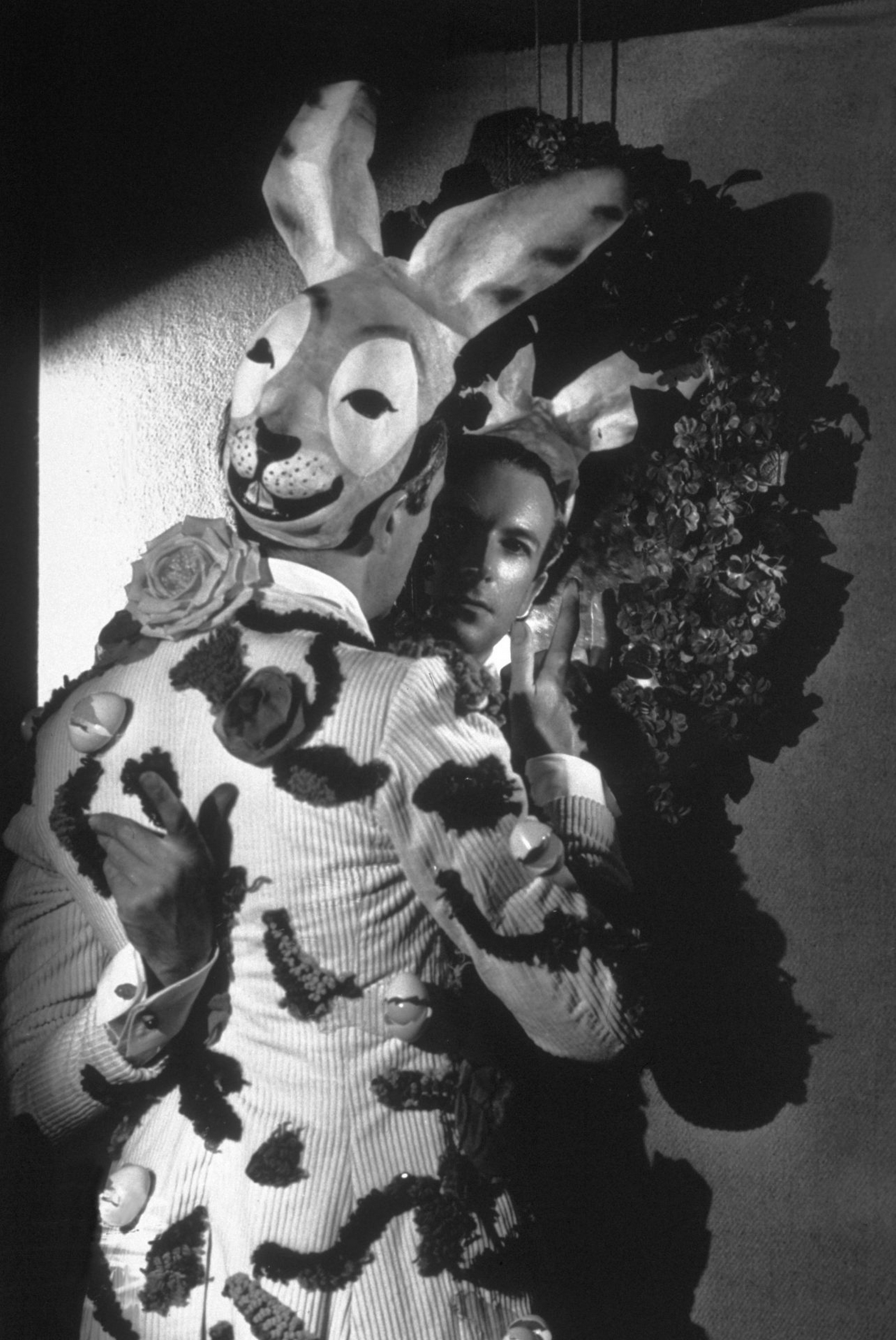 John Hind's extensive wardrobe gives us a fascinating glimpse into his vibrant life and this rarely-explored period in men’s fashion.